Cape Cornwall is the only Cape in England and is so-called because until the 19th century it was thought to overlook the meeting of the English Channel and St George’s Channel (they actually meet at Gwennap Head, near Land’s End). A climb up the Cape headland to the stack offers panoramic views of Lands End, Sennen Cove, the Brisons rocks, the Isles of Scilly and the Wolf Rock lighthouse. You can either walk here from St Just or via the south-coastal path, or drive down to the National Trust car park, from where you can walk down to the former Count House and holiday cottage Brisons Vean (the dark facing house with the two round windows)  and around to the lookout, or take one of the routes behind the house up to the summit.

Porthledden house, up on the hillside behind you, with its landscaped walled and terraced gardens and glasshouses was built by Captain Francis Oats who started work at Balleswidden mine aged 12, studied mineralogy in Penzance after his shifts and went to South Africa in 1873 where he eventually became the chairman of De Beers Company. Returning to St Just as a rich man, he bought Cape Cornwall and lived there until his death in 1918. It was later bought by H J Heinz Ltd in 1987 who subsequently donated it to the National Trust.

Edit: This wonderful restored Edwardian house with magnificent views over the coastline was launched on the market at £2.75m in September 2015, it found a buyer in October 2016. 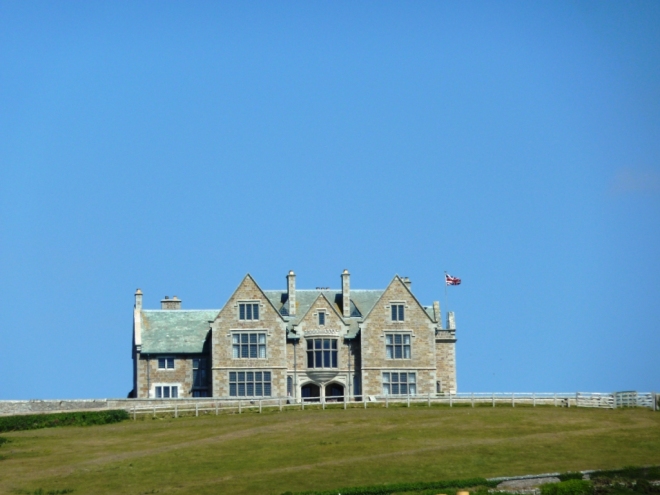 I had to visit twice this week as on my first visit something went wrong with my camera card and I lost all the photos 😦 I was rather annoyed because I had braved the stiff (and cold) wind to climb up to the summit to have a closer look at the chimney there and the views. The 138 year-old chimney stack of the Cape Cornwall Tin Mine is at the highest point of the Cape.

On my second visit I declined climbing up again as it was still blowing a gale, but still managed to get some lovely vistas of the surrounding coastline. Below you can just make out the Longships Lighthouse on the right which at 35 metres tall is 1¼ miles from Land’s End. Built by Trinity House in 1875 it is on a group of rocks called longships because of their resemblance to a fleet of boats.

You cannot miss ‘The Brisons’, known locally as ‘General de Gaulle in his bath,’ the twin greenstone islets which take their name from the French word ‘brisant’ for reef. A breeding site for shags, razorbills and gulls in 1999 they were visited by a female Steller’s sea-lion, far from home in the north Pacific. They have been the cause of many shipwrecks and tragic tales,  and the starting point of an annual swim to Priest Cove.

Priest Cove marks the junction between metamorphosed sedimentary rocks and killas* where you can see spectacular overturned folds with intermingling veins of granite and killas which make the area so rich in mineral ores. The ramshackle huts, pots, ropes and fish boxes belong to several fishermen who still work the waters from The Brisons to Pendeen, long-lining for mackerel and shooting pots for crab and lobster. The cove is a favourite setting for local artists and was especially liked by Daphne du Maurier.

* killas are slate rocks, pods of greenstone and pillow lavas which caused copper and tin to form in lodes along the point of friction. 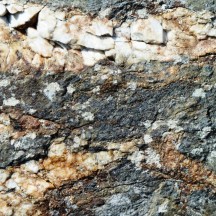 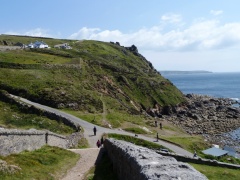 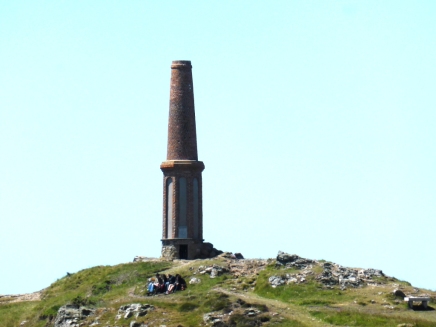 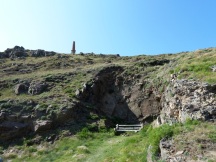 The South West Coast Path passes through the sheltered valleys of Cot to the south, and Kenidjack to the north, and extensive mining and associated activities can be seen along the way.