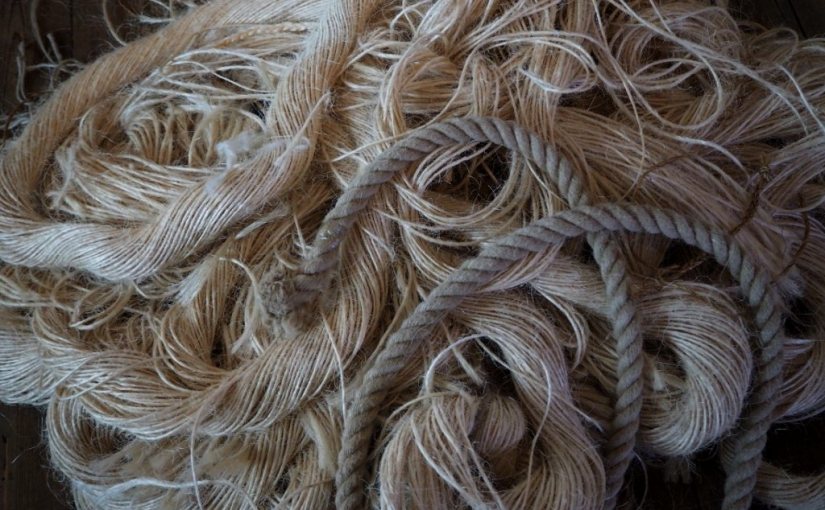 Set in the picturesque Market Place is the Guildhall of Corpus Christi, built in 1529 by a wealthy religious guild, this building is one of the loveliest timber-framed buildings in the country. Inside you can learn all about the people, industries and events that have shaped this village throughout time. 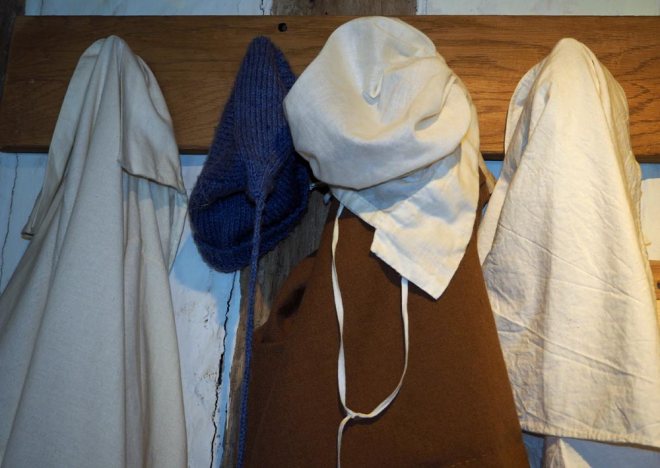 The exhibitions have been cleverly created using the eyes and voices of those who worked, lived and were imprisoned here. Their stories will surprise and shock you. 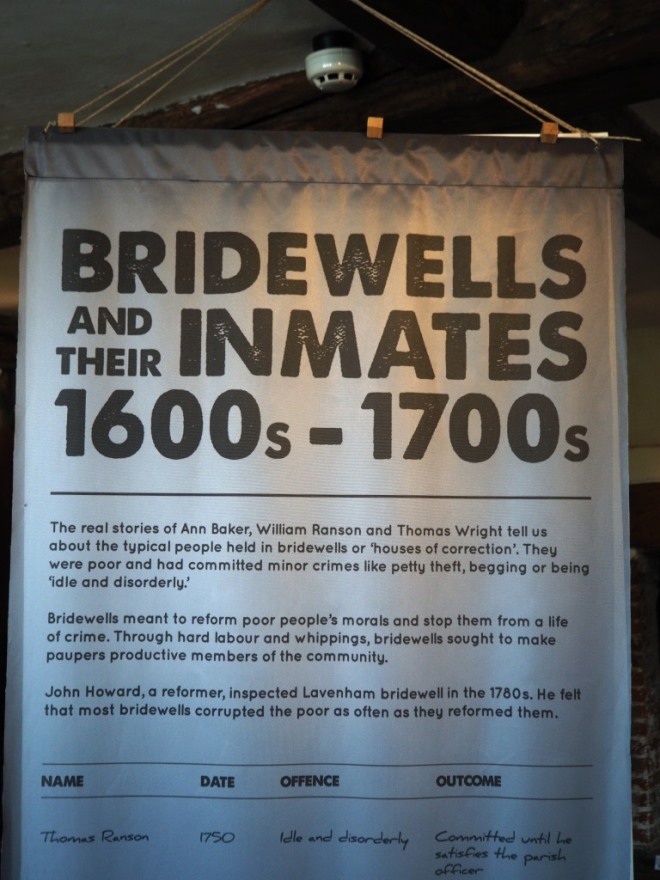 Reading through the reports of these people was sobering. And you could almost feel the ghosts whispering around you. 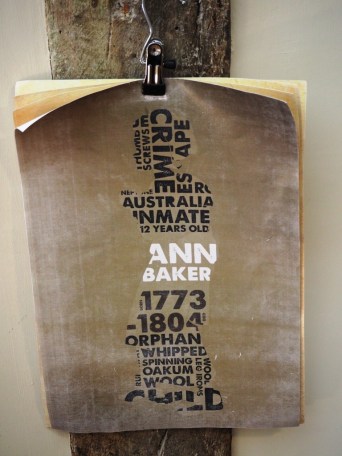 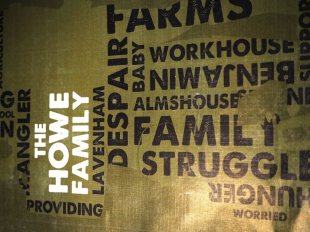 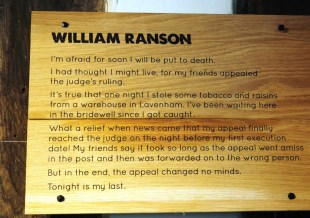 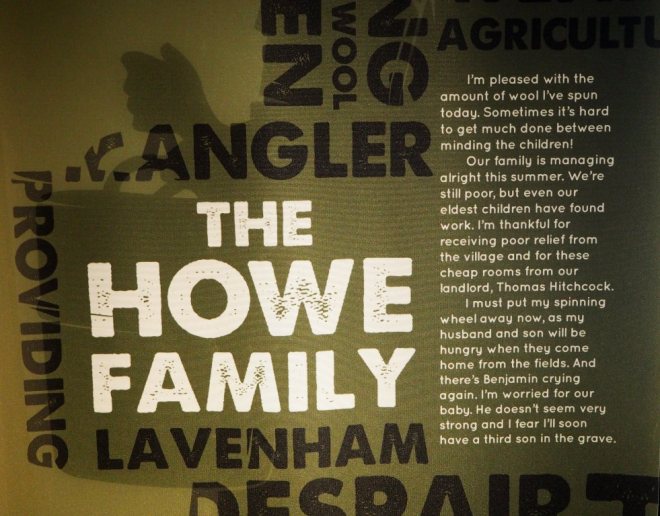 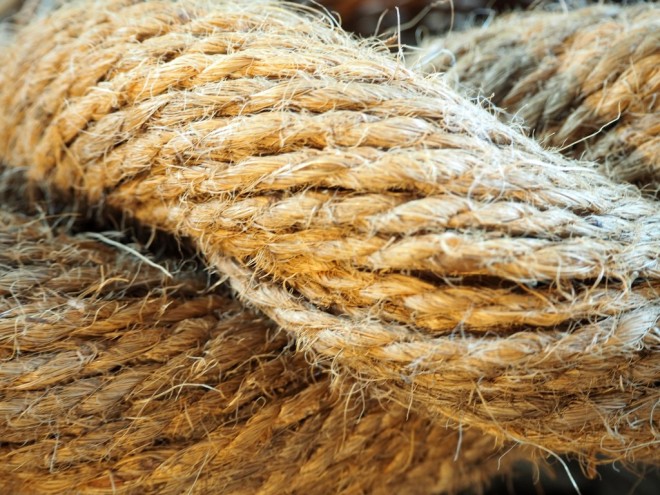 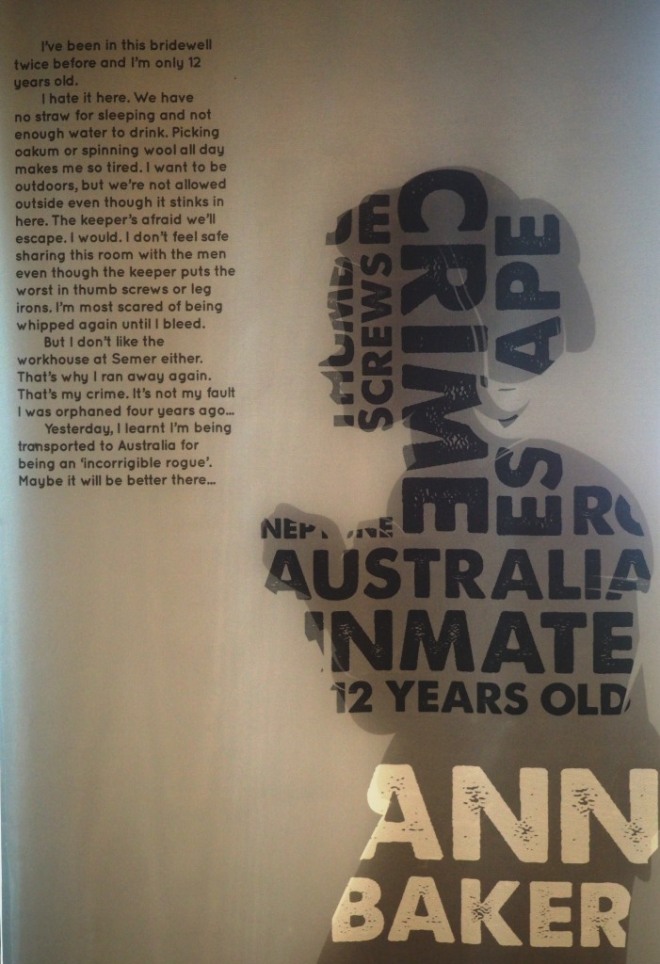 Among the real life stories featured in the exhibition is the tale of Ann Baker, who was imprisoned in the Guildhall when it was used as a prison in the 1780’s. Aged just 8-years-old, Ann was whipped and kept locked inside with others who had fallen foul of the sometimes harsh laws of the time. She was later sentenced to seven years transportation to Australia, then a penal colony, for being ‘an incorrigible rogue’. She died at just 29.

I could have spent a long time looking through the records, but I moved on to the rest of the museum. And outside to the courtyard Dye Garden where the beds are planted with dye plants including woad which was used to make Lavenham’s famous blue cloth. 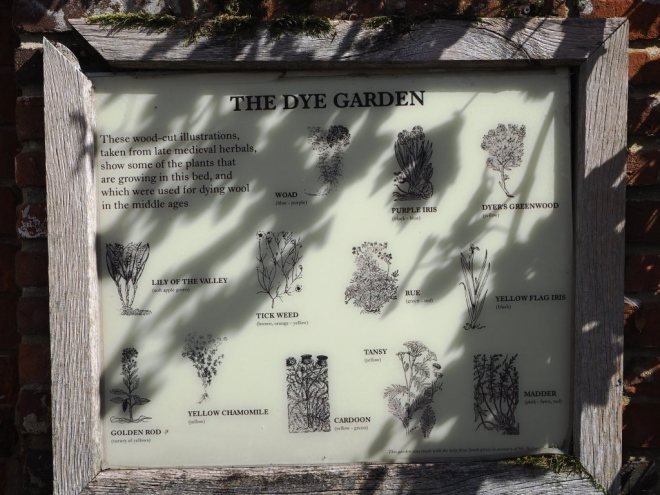 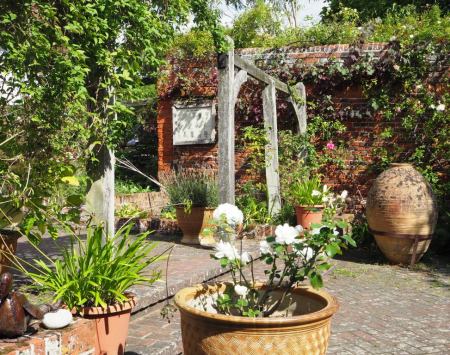 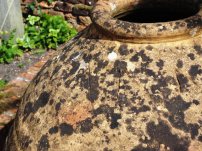 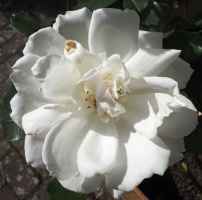 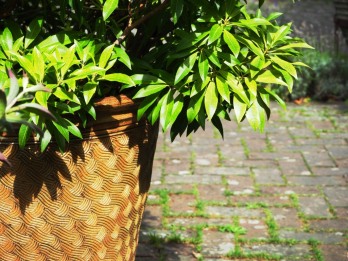 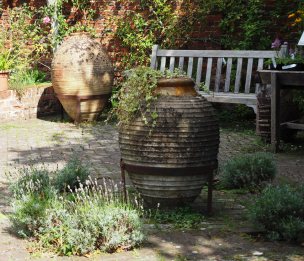 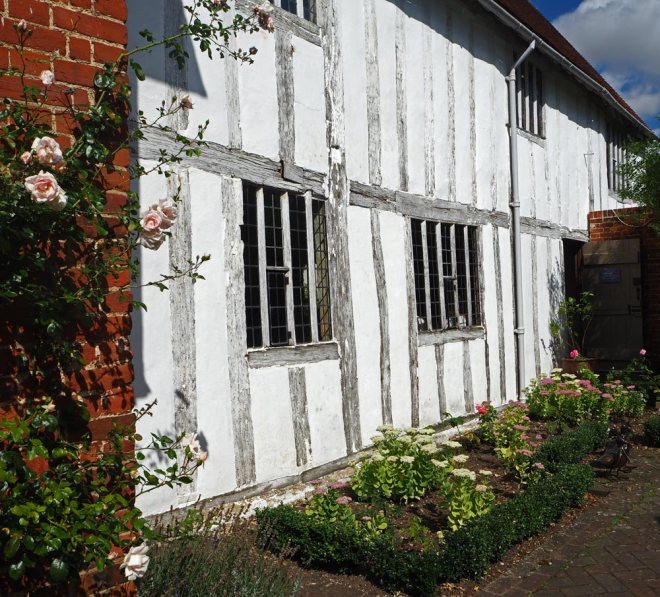 And at the back of the building is the Cemetery Chapel Bell which was moved from the chapel turret in 1979 for fear of the structure collapsing. The Lavenham bell is only one of eleven Goslin chapel bells that is known to survive. Cast in copper and tin in 1896. Relatives would pay the sexton a shilling to have the bell tolled for 30 minutes in honour of the memory of the deceased. 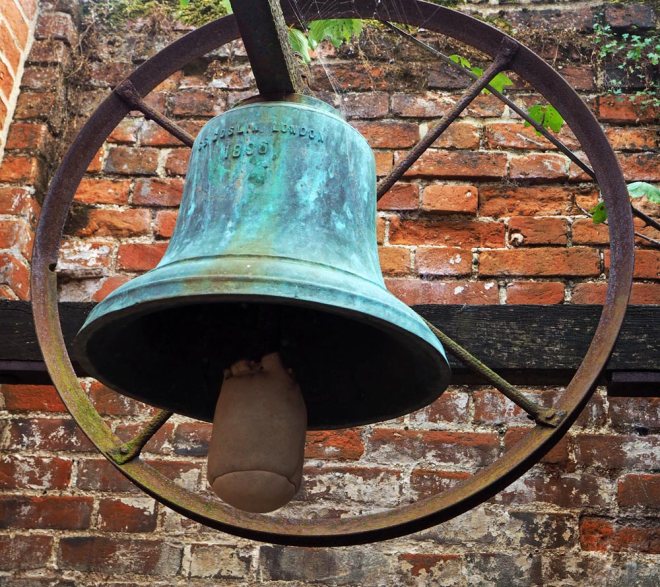 And the Harry Potter connection?  Lavenham Guildhall was transformed into Harry Potter’s parents’ derelict house for the filming of Harry Potter and the Deathly Hallows Part 1