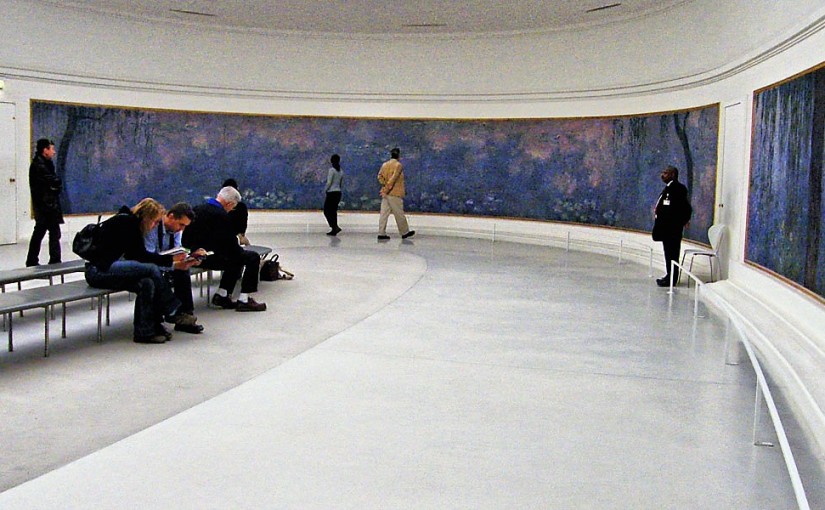 This third photo essay about Paris is of the wonderful Water Lily paintings by Monet seen in the Musée de l’Orangerie, Jardin des Tuileries in Paris, France

During the 1920s, the state of France built a pair of oval rooms at the Musée de l’Orangerie as a permanent home for eight water lily murals by Monet.

Outside the museum is the Rodin bronze statue of the ‘Kiss’ (Le Baiser) ‘The Kiss’ was originally inspired by Dante’s Divine Comedy and depicts two of its characters; Paolo and Francesca. The sculpture is located just outside the entrance to the Orangerie Museum and is adjacent to the Place de la Concorde.

The bronze sculpture of the ‘Lion crushing a Serpent’ is by Antoine-Louis Barye (1796-1875) in the Jardin des Tuileries close to the back of the museum.

“According to Claude Monet’s own suggestion, the eight compositions were set out in the two consecutive oval rooms. These rooms have the advantage of natural light from the roof, and are oriented from west to east, following the course of the sun and one of the main routes through Paris along the Seine. The two ovals evoke the symbol of infinity, whereas the paintings represent the cycle of light throughout the day.”

I don’t quite know what I was expecting to see, but it wasn’t this.

The Water Lilies: The Clouds 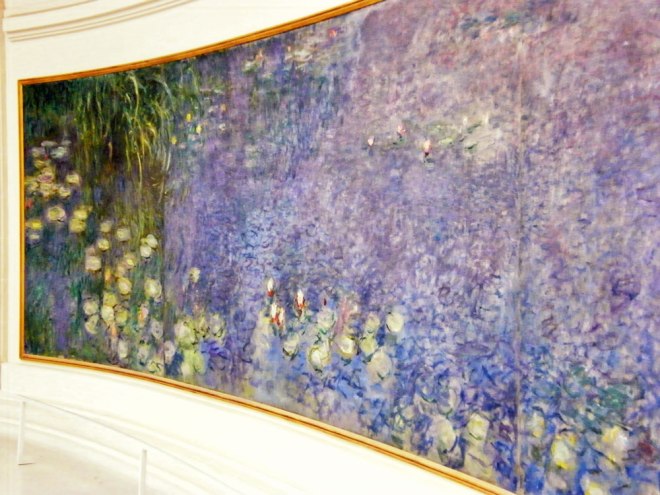 “The painter wanted visitors to be able to immerse themselves completely in the painting and to forget about the outside world.” 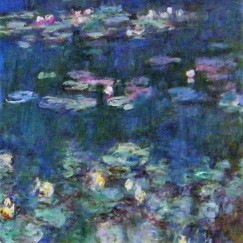 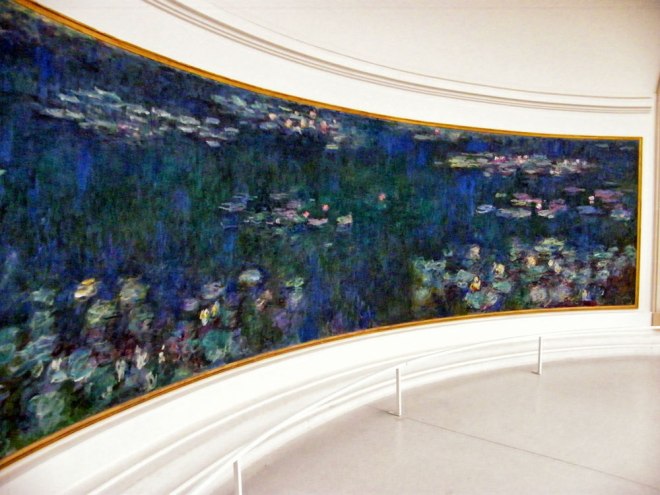 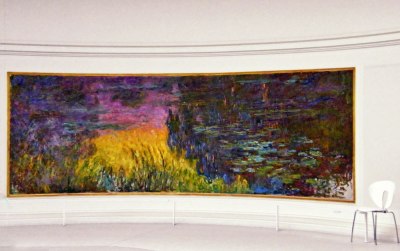 “The first room brings together four compositions showing the reflections of the sky and the vegetation in the water, from morning to evening, whereas the second room contains a group of paintings with contrasts created by the branches of weeping willow around the water’s edge.”

The Water Lilies: Morning with Willows

The Water Lilies: The Two Willows appears in the header image.

A tip: if you want to visit this museum and Musée d’Orsay, buy your joint ticket here to avoid the usual long queues at the other one.