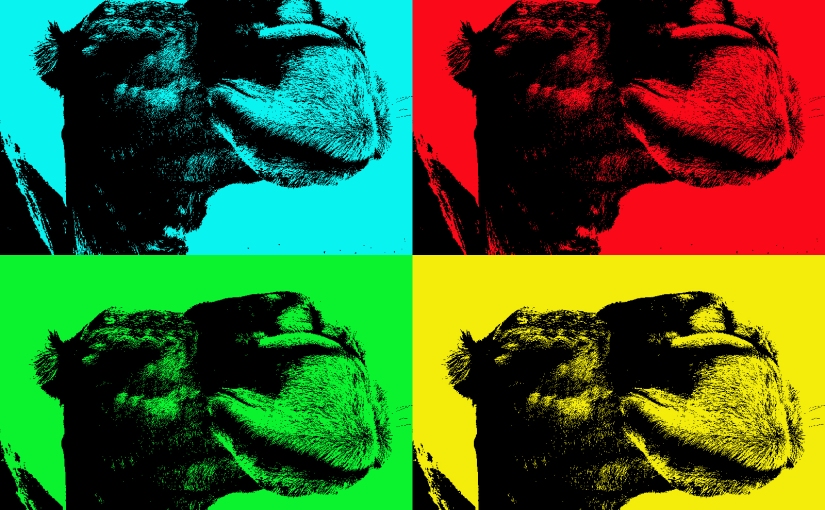 Having failed to reach the border in time (it closed at 6 pm) we found ourselves spending the night in a huge warehouse on the outskirts of Maschhad, Iran. I was amused to see an Australian couple roll out their rather large and lovely Persian carpet to sleep on. Goodness knows whether they ever managed to get it back to Oz.

Early in the morning we caught a bus to the border where we had to walk through no man’s land to the other side where we could catch an Afghan bus to Herat. It took hours to get through the border. The bored Afghani border guards were very keen to have some fun by offering to buy some of the females amongst us with anything from cash to camels!

Although in my head I knew (well hoped) that these border officials would not do anything illegal, I have to confess to being slightly worried at their comments. When half a dozen men with thick beards and black piercing eyes surround you, you begin to feel uncomfortable. When these same men are holding Kalashnikovs and sabres in sheaths at their sides you start to feel even more vulnerable and when one of them grins at you and strokes your hair with the end of his machine gun, you become decidedly jumpy. If he really fancied you for a ‘wife’ what could any of the dozen or so westerners actually do to prevent him?

Smiling inanely at the guards (I did not wish to offend) I handed over my precious blue British passport to be stamped. The man behind the desk looked at me for what seemed like hours studying my face and then the photograph. I tried not to feel embarrassed, but could feel the heat rising from my cheeks. He spoke aside to his colleagues who also looked at me and grinned fiercely. I have no idea what they were saying, but I knew I was blushing. Suddenly the main guy pointed at me and said,

his face breaking into a huge grin showing black and broken teeth amongst the mass of facial hair. Was he really suggesting that my travelling friend sold me in exchange for nasty, smelly, spitting camels?

My friend coughed nervously. He shook his head before glancing at me to gauge my reaction. I frowned – was I being undersold? Was he even serious?

I raised my eyebrows. How far was he prepared to go? The guard closest to me stroked my hair once again, grinning mindlessly and I was beginning to wish I had covered it as it seemed to be attracting too much attention. I was definitely not keen on this machine gun at my temple.

Eventually sensing my discomfort the main man stamped and handed me my passport back. Still grinning he asked my companion if he would accept the fifty camels. Uncertain of giving the right answer and not wanting to cause offence to me or the guards, he kept his gaze on the floor and muttered that he really didn’t need any camels. I held my tongue even though I was starting to feel quite annoyed. Eventually, roaring with laughter at our embarrassment, the guard shook his head and beckoned us to leave the room which we did in haste.

To this day I still wonder whether fifty camels was an insult or an honour.

33 thoughts on “Counting the Cost in Camels”