This week’s place from Liberated Traveler is Ireland, so I have had to cast my mind back to the one and only time I visited this country for four days in October 2003. I could only have four days because at the time I was doing a PGCE course to become a secondary school teacher. Although it was half-term and in theory we should have had a week’s holiday, the training school insisted we went in for three days for additional lectures. So making the most of a very cheap Ryan Air flight to Dublin from Birmingham (£1 one way) we arrived in a very wet Dublin airport on an early Wednesday evening. Picking up a rather battered hire car it then took us another couple of hours to actually get into the city and across it to our hotel for the night. The evening was already dark and the rain didn’t help so I didn’t see an awful lot on the way there. Parking in Dublin was another nightmare and we ended up having to leave the car in an expensive multi-story some distance away from the hotel.

We spent the next day wandering around Dublin where the wet cobbles glistened, enjoying the architecture along the River Liffey and the craic in a traditional pub where live fiddle music was being played and real Guinness being served. Apart from the traffic problems, Dublin came across as a very ‘fair city’.

The following day we left the still wet city to drive down towards Waterford and Cork and then on to Bantry where we stayed the night in a little hotel right on the quay. We made a detour around Cork to visit the Blarney Castle and kiss the Blarney Stone and tried to take some photos of the distant views through the intermittent drizzle, passing through colourful towns like Clonakilty.  The hotel in Bantry was warm and dry and we could eat there too so we didn’t have to venture out into the rain, but it was Halloween and when we reached our car the next morning it was covered in broken eggs and flour! 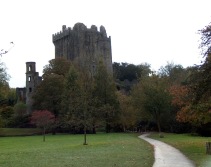 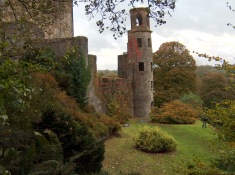 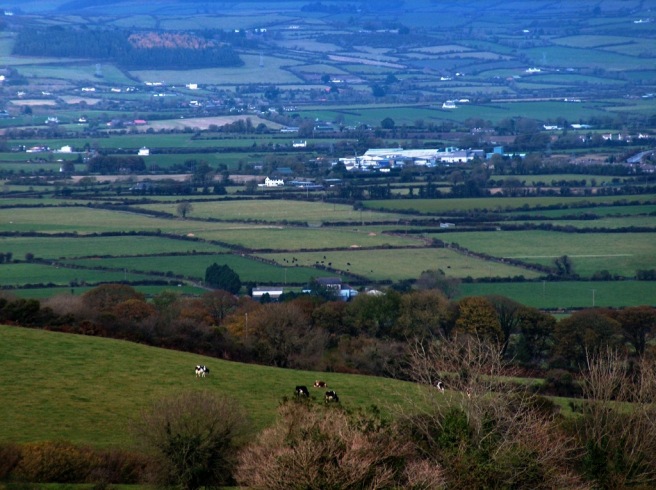 However, after washing the worst of the eggs away we set off for the part of the drive we had been looking forward to – the Ring of Kerry a 179-km-long circular tourist route in County Kerry, south-western Ireland. A circular route with panoramic scenic views, ancient heritage sites and some of the finest beaches in Europe. All on the narrowest roads possible and scraping past rock edges when having to pull in for an on-coming coach or tractor. Or it would have been the most spectacular drive had it not been raining. Again. All we did was catch sight of tantalising glimpses of sea and mountains through the rain and fog. 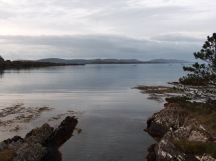 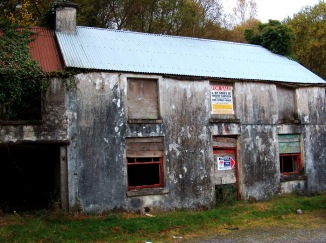 View from the House for Sale

Our final night was spent just outside Limerick, in a lovely little place called Ballina on the banks of the River Shannon and the borders of Tipperary and Clare. Unfortunately all the hotels in the town were full as there had been a wedding that day. Just when we were beginning to think we’d have to continue back to Dublin someone in a bar phoned a B&B which had closed for the season to see if the owner would take us in. She did and although the rooms were a little chilly we received a very warm welcome, to be sure, to be sure.

View from the Air

Sunday saw better weather, but no time to revisit the Ring, as we headed back to Dublin and the airport. With a little time to kill we drove up to the coast north of the city to see the windmill at Skerries and then drove back along the coastline to the airport. Within a few short days and despite the inclement weather, Ireland had managed to capture our hearts – it is time to return and do it properly this time.

If you want to join in with the challenge and share your thoughts about Ireland /Eire then visit Liberated Traveler to find out how.

17 thoughts on “Travel Journey of the Week: The Emerald Isle”