In the twenty years since I met the OH there have been a few significant birthdays within the family, including the births of seven new grandchildren. We don’t make a big fuss of celebrating our own. We used to like having a short spring break and an autumn break which often coincided with one of our birthdays. Mostly in the UK, but my most memorable overseas one was on Vancouver Island in 2010 when I got to have a lovely birthday meal in Tofino. 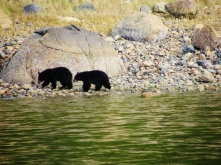 The first one we celebrated together though was in the Algarve back in 2002 when we stayed in a hotel near to Carvoeiro. I was presented with a cup cake and a sparkler when we went for breakfast, but I ended up having a pizza on my own in the evening as the OH became very ill during the day and had taken to his bed!

My birthday in 2003 was by far the most special as it was the day we got married. As I was on a PGCE course and couldn’t take time off we had a brief honeymoon in the eclectic enchanting Italianate style village of Portmeirion in north Wales. Famous for the cult TV show ‘The Prisoner’ in the 1960s and also for Portmeirion pottery.

I don’t have digital photos from either of those years.

Other trips include a weekend in Oxford, a week in the New Forest (where we attended the wedding of my youngest son), a fortnight in Penzance to house hunt, a week in Bridport and a few wonderful days in Montreux tagged on at the end of a trip to Geneva back in 2009.

My birthday is at the beginning of October so during the period I was teaching that was term time so holidays were restricted to the school holidays. It was a relief when I stopped teaching and could travel whenever I liked.

The OH on the other hand has a birthday that is normally during the spring half-term so we were able to get away even though it is a more expensive time. His most glamorous getaways have been a day visiting the island of Ithaca during our week in Cephalonia in 2003, and another island trip in 2006, that time a day trip from Malta to Sicily.

His UK birthday holiday breaks have taken us to the Cotswolds,

North Devon, Aberaeron in west Wales, Keswick in the Lake District and Penzance in 2015 before our move to Cornwall.

I would have said that the best thing about birthdays was travelling to a new place to explore, but since moving to Cornwall in 2016 we have rarely left the county and certainly not to celebrate a birthday. We usually find a nice local bar or restaurant where we can clink a couple of glasses together and have a wander around a beautiful beach or garden.

We do however have a very clever granddaughter who makes excellent birthday cakes. This one was for her sister’s 15th birthday. A shame we weren’t there to help eat it! 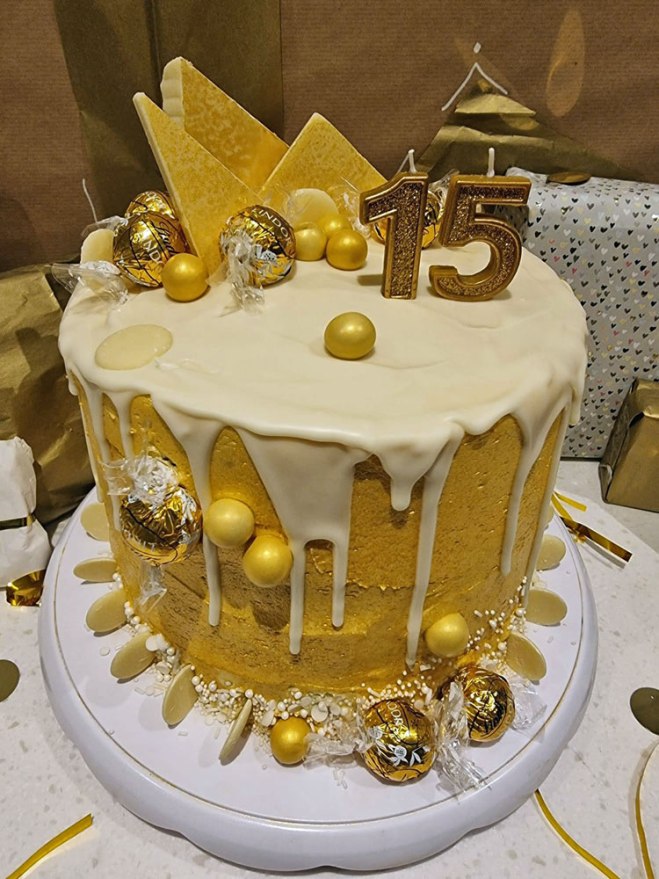