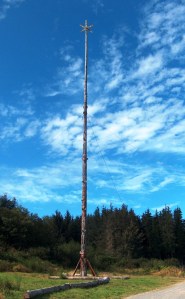 The World’s tallest totem pole is located at the northern end of Cormorant Island next to the Big House. This pole stands 173 feet tall and unlike most totem poles which are specific to one family the figures on this pole represent some of the tribes of the Kwakwaka’wakw. From the top down are the following figures:

The salmon the bear is holding is indicative of the people’s pride in the land. Chief carver Jimmy Dick was assisted by Ben, Adam and William Dick, Gus Matilpi and Mrs Billy Cook. The pole was completed in the late 1960s but not raised until 1973. 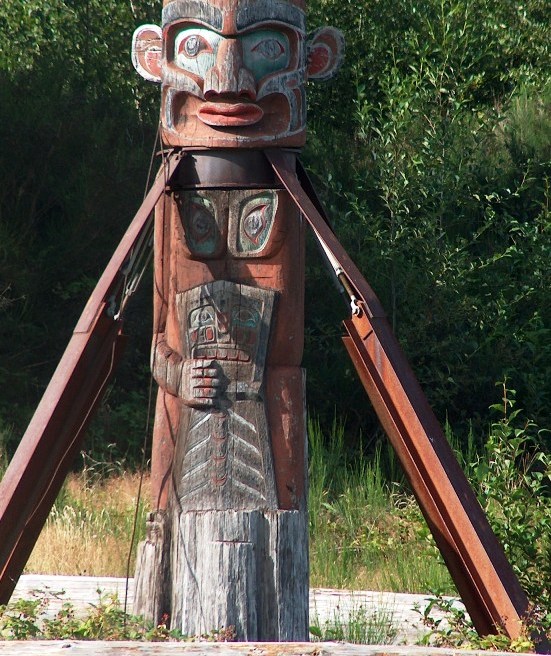 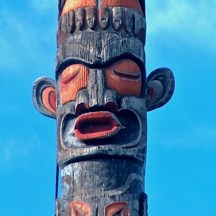 After visiting the totem pole we headed towards the Big Tree Interpretive Trail and the boardwalk into the Ecological Gardens. While this swampy, eerie bog is nicknamed “Gator Gardens” it doesn’t harbour alligators; rather, its moss draped pines and buyouts lend a strong resemblance to the Florida Everglades. Boardwalk, chip and dirt trails interweave throughout the first growth timber, ghostly, gnarled trees, and a plethora of bird and plant life.

Cormorant Island is only 3 1/2 miles long or 8 miles around the shoreline and the best way to experience it is on foot. There is more to see than one might think and we had a great few days walking around, taking photos of the beach, the views, the sunset, the fog and the fishing boats as well as visiting all the cultural attractions and the whale watching tour. Great things do indeed come in small packages! 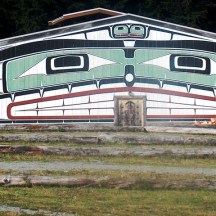 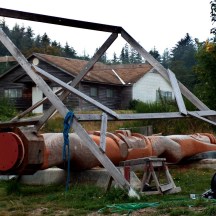 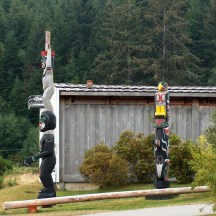 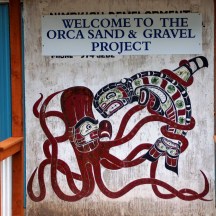