…and some like myself, just came one day, for a day, and never left; got off the bus, and forgot to get on again…”

Laugharne (pronounced Larn) is probably most famous for being the last place where renowned Welsh poet Dylan Thomas lived, wrote, drank and is laid to rest; he died in New York.

His Boathouse and Writing Shed overlooking the wide Tâf estuary draw in the crowds and you can even get a cup of tea at the Boathouse, though not when we visited as it was closed for filming a new film about Dylan Thomas’s fourth and final reading tour of America which is being made to mark next year’s centenary of his birth. The play “Under Milkwood” and “Poem on his Birthday” were written here. There is even a ‘Birthday Walk’, which if done on your birthday entitles you to a complimentary birthday gift. Climb up Sir John’s Hill for mind-blowing views across three estuaries (River Tâf, Towey and the Gwendraeth) and over the bay to the Gower Peninsula.

It’s not all about Dylan though, there is also a ruined castle built in the thirteenth century with more spectacular views of the estuary and out to Carmarthen Bay, an interesting clock tower on the town hall, and a unique Tin Shed Experience – a quirky 1930s – 1940s museum. It is also one of the oldest  self-governing townships in Britain, presided over by the Portreeve wearing his traditional chain of gold cockleshells. 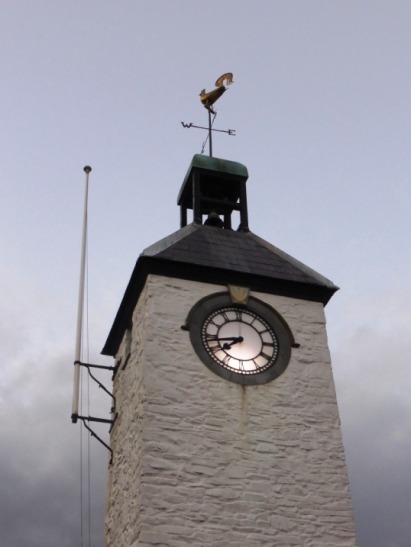 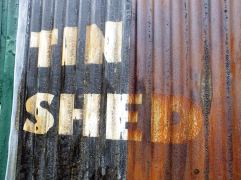 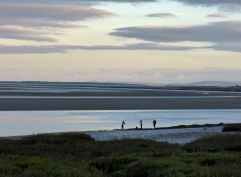 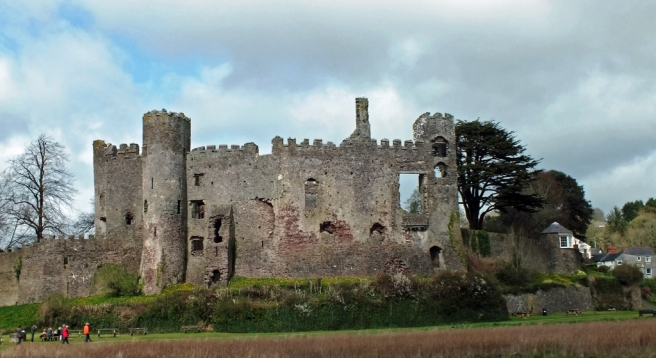 Close to Laugharne is the seven mile beach known as Pendine Sands which was used to set world land speed records as it has a wide, flat and firm surface. Several generations of the Campbell family have raced there and there is a Museum of Speed. And if you travel a little further west you will discover the turquoise waters of Amroth, reminiscent of neighbouring Saundersfoot and Tenby in Pembrokeshire.

Carmarthenshire is often overlooked by people rushing through to the beautiful Pembrokeshire coastline, but it has much to offer itself with a new Coast Path which passes through a range of habitats including fresh water marshes, salt marshes, sand dunes and pine forests.

20 thoughts on “Just Back From… Laugharne”