Although the main reason for visiting New Abbey was the delightful Sweetheart Abbey, we also took a stroll along the main street to the Corn Mill at the bottom. There are some interesting houses and windows that I thought I’d share with you. 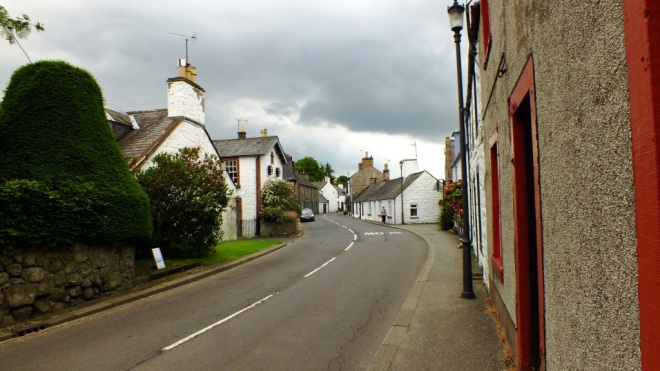 From the carpark at the Sweetheart Abbey head back to the road and turn right through the village down to the working Corn Mill. Pass several single-storey rubble-stone, whitewashed cottages like this pretty blue-painted framed openings with roses around the door. 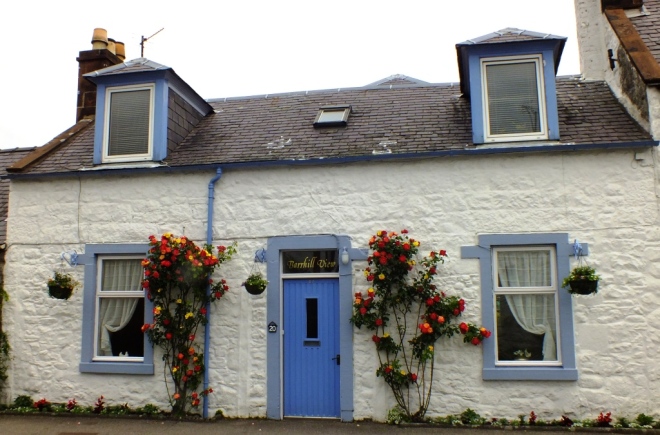 Probably late 16th/17th century, but heightened late in 18th or in first quarter of 19th century, and openings altered. 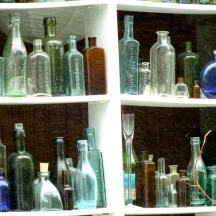 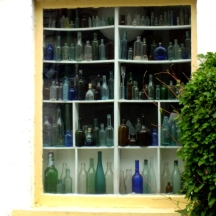 And two village pubs facing each other across the square. 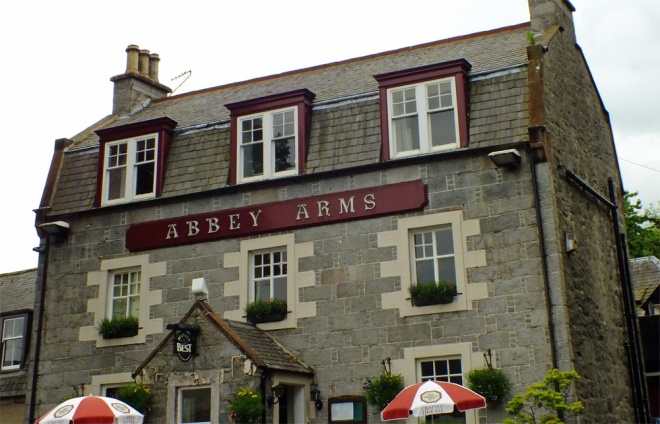 and another house with an interesting plaque 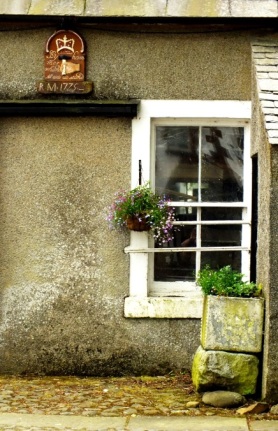 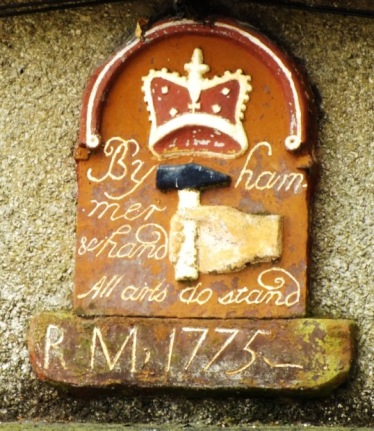 And finally the Corn Mill 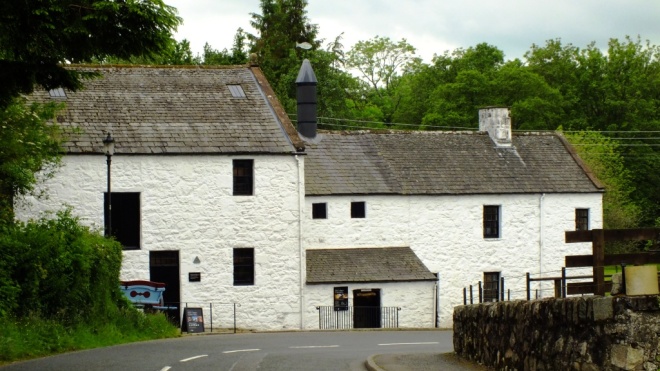 Now under the care of Historic Scotland, this three-storey whitewashed mill building was built towards the end of the 18th century by the Stewarts of nearby Shambellie House. However, it is thought that it reaches back much later than that, perhaps to as early as the late 13th century, when the Cistercian monks established their monastery of Dulce Cor (‘Sweet Heart’ ) at the far end of the village;  today the mill is still known locally as ‘Monks’ Mill’. 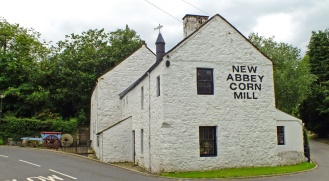 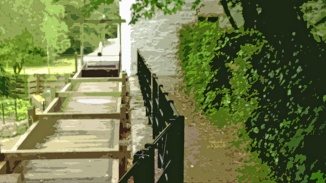 Behind the mill is an 1806 Masonic Lodge converted to church hall 1887; now a dwelling house.

New Abbey must rank amongst the prettiest settlements in the area with its whitewashed cottages overlooked by the Abbey ruins.

If you enjoy a walk, short or long, then you may enjoy visiting Jo’s Monday Walk where you are in for a treat.

Or if your interest is windows then Dawn from ‘The Day After’  invites participants to post pictures of any windows that  they find curious, inviting, photogenic, or in some way tell a story.