Another drive (or walk if you are so inclined) from St Just is down the Cot Valley following the Cot stream to the shore at Porth Nanven. Once this area was crowded with tin-dressing floors, stamps, settling tanks, reservoirs and wheel-pits. Now long abandoned and overgrown, it can make walking off track somewhat dangerous. The road is very narrow so take it slowly and there is a small car-park at the end.

Porth Nanven is unusual in that the cliffs are formed from rounded boulders of an ancient raised beach, formed in the last ice-age. It is illegal to remove any stone from this location, though many might crave a few for their rockery.

The valley itself is a sheltered microclimate with a trout stream meandering down to the coast. Sycamores, oaks, willow, elder, ash and young elm trees flourish here though several years ago the valley was being choked by Japanese knotweed which was eradicated with hard work by the National Trust. As you near the sea the vegetation changes to maritime plants – Danish scurvy-grass, thrift, stitchwort, kidney vetch and sea campion with small blue butterflies and six-spot burnet moths in abundance. High on the opposite valley bank you can still see the lines of the leats that took the water down to the cliff-top mines. 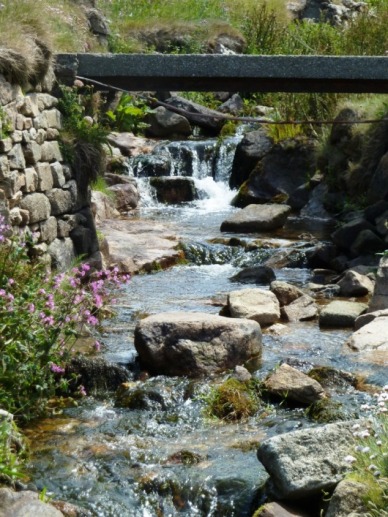 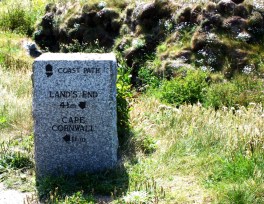 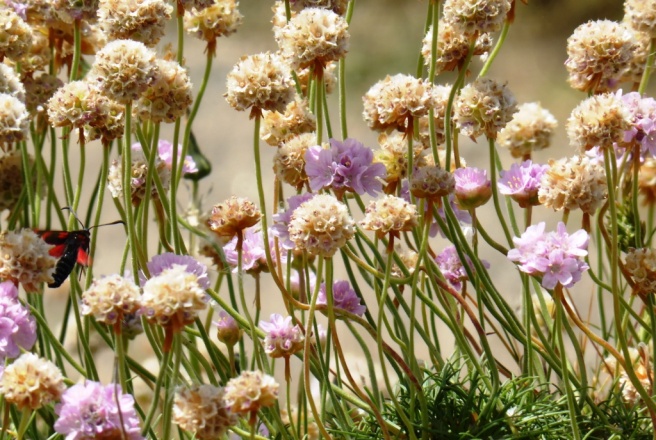 Someone had thoughtfully placed a bench at the end of the road, where the land meets the water. You can sit and look at the extraordinary colours of that sea, the cliffs, the flowers and the butterflies. It was sheltered from the wind here which made it very pleasant.

Climbing up to the top of the south bank for a look towards Land’s End was a bit of a hike; scrambling back down was a complete loss of dignity as I was practically on my behind. [Note to self: Always take the walking pole even if it does make taking photos awkward.]

But the views were good.

60 thoughts on “Down the Cot Valley”