My first Christmas in the southern hemisphere took place in 1973 when I arrived in  Cape Town after journeying overland from London via India then a ship from Mumbai to the port of Durban. Arriving in South Africa instead of Australia, which was where my destination was meant to be, was a bit of a shock. Having to pay for a ticket by boat out of the country was another shock and left me with very little money. 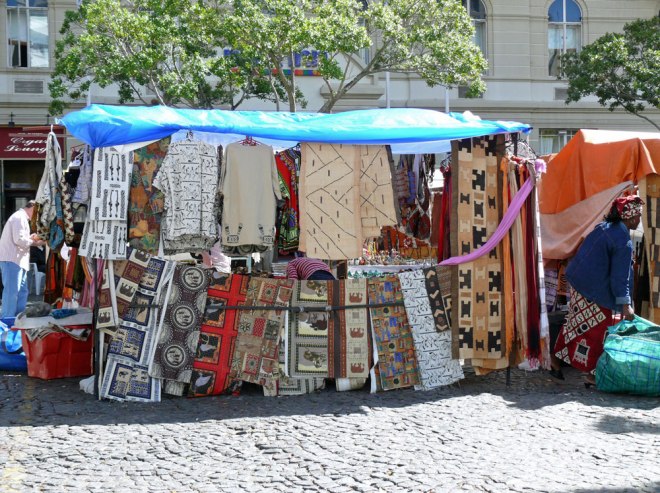 In South Africa, Christmas is in summer of course. Arriving in Cape Town after several days of hitch-hiking and seeing decorations including snowmen, Christmas trees and robins decorating the city was somewhat strange. Blue skies and sunshine with snowmen felt at odds. It was the strangest of times as I have explained before, in that I was working at a hotel in the city in the florist department, making table posies and helping with the suite decorations. I was staying with my travelling companion’s family until Christmas Eve when it was decided that I didn’t ‘fit’ and was told to leave.

My first Christmas in a warm climate was spent working in the hotel and then returning to the youth hostel where I had been lucky enough to find a bed. And on arriving back at the hostel I was invited to share the Christmas dinner that had been created by other ‘inmates’. It was not the best of days until then, as I was feeling very homesick, but I was made welcome and introduced to some lovely people, including a couple of New Zealand girls that I was able to spend time with in the coming month.

On that particular Christmas there were no presents, no turkey or Christmas pudding or even carol singing and no friends or family. So I am no stranger to an unusual Christmas such as many of us are facing this year.

But there were other Christmases in the sun as I remained in South Africa for many more years. Usually Christmas Day was spent on the beach, having a braai (barbeque) at home with friends or cold meats and salads (at the in laws in the Eastern Cape where it was even hotter). We still had a fir tree and decorations. And once I even cooked a full English Christmas dinner, but it was hot work!

But Christmas in a warm climate never really ever felt like Christmas.

Lens-Artists Photo Challenge #128 |So this is Christmas

48 thoughts on “Christmas in a Warm Climate”