In 2014 we took an add-on holiday to Dumfries and Galloway after spending a week in the Lake District based at Keswick. It is not a part of Scotland either of us had visited before, but it turned out to be one of the best holidays we have had.

The Gatehouse of Fleet

The town takes its name from its location near the mouth of the river called the Water of Fleet which empties into Wigtown Bay at Fleet Bay, and its former role as the “Gait House” or “the House on the Road on the River Fleet” or toll booth of the late 18th century stagecoach route from Dumfries to Stranraer, now the A75 road. It was a safe haven along this route, and travellers would often stop in the area rather than furthering the journey at night due to the high numbers of bandits and highwaymen at the time. Wikipedia

We drove a few miles from Kirkcudbright to visit the converted mill ‘The Mill on the Fleet‘ (1788) to have  a look at the art gallery and bookshop and also have coffee and cake on the terrace at the  Tart n’ Tea  café. The most delicious cream choux pastry I have ever eaten.  Cardoness Castle is on the outskirts of the town too and Cally Nursery, which I didn’t get the time to visit.

Having picked up a leaflet from the Information Office in Kirkcudbright of a Walking Tour of the town I dragged the OH off for a stroll.  I think he’d have quite happily remained on the terrace or in the second-hand bookshop if it hadn’t been closing time.

Leaving the Mill behind you cross over a pedestrian bridge and through the park to the Riverbank – a housing project built in the 1950s to cope with the overcrowding and poor conditions in Gatehouse. Turning left on to Hannay Street you pass an interesting little Episcopal Church with robin’s egg coloured painted windows. 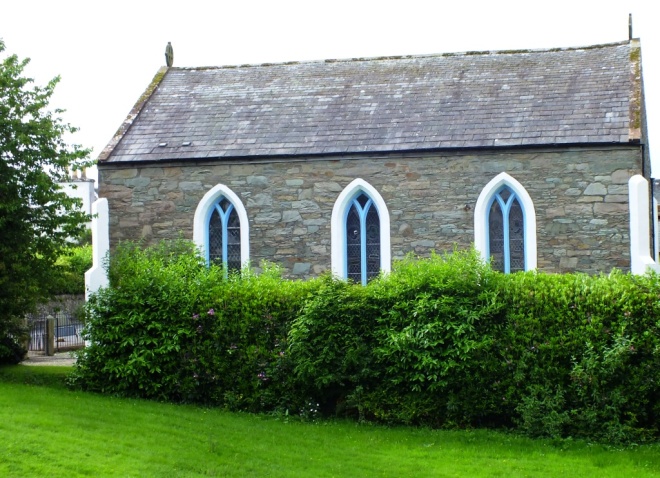 And on the corner stands the rather dilapidated Ship Inn (previously Anworth Hotel) where Dorothy L Sayers wrote Five Red Herrings. One of the Gatehouse artists of the ’20s and ’30s, Alice Sturrock, also lived along here. 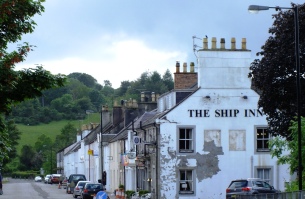 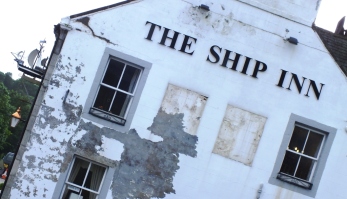 The town harbour used to be here, but no longer. The river is still tidal at this point. Turn left onto the High Street and cross the road bridge. 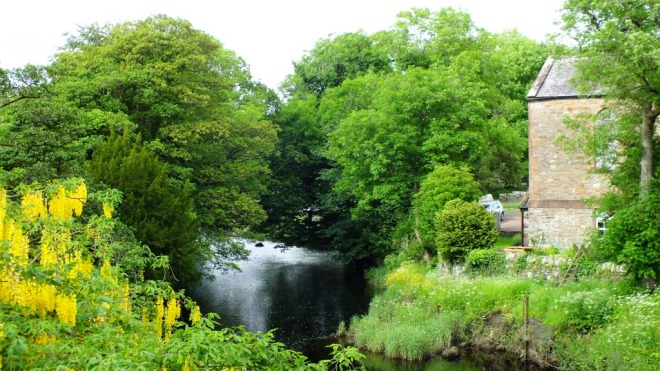 In front of you to the left is the Spar and Post Office which were once a tannery. Opposite was a former brewery complex, now flats.

Continuing up the High Street the red sandstone building was the Town Hall. Now only the front remains, the rest of the building demolished in 1978 and replaced by a lovely little public garden that leads into Garries Park.

Through to the Garden 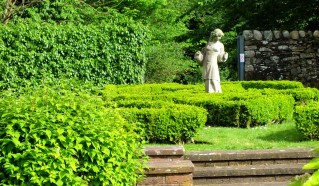 A quick look at the well 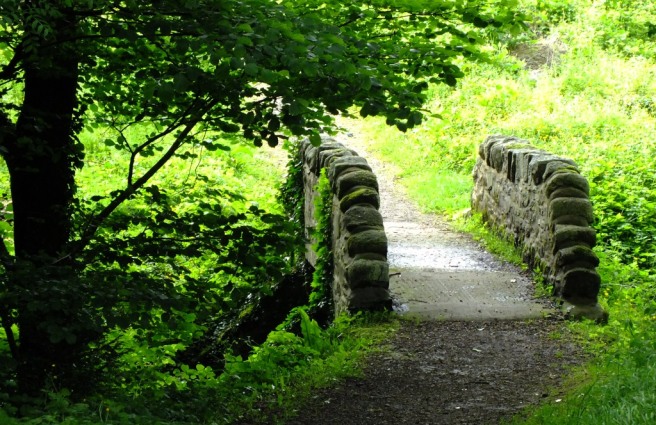 Over the little bridge

Naturally we took the garden route and after passing the bowling green (below) we came out on Ann Street. 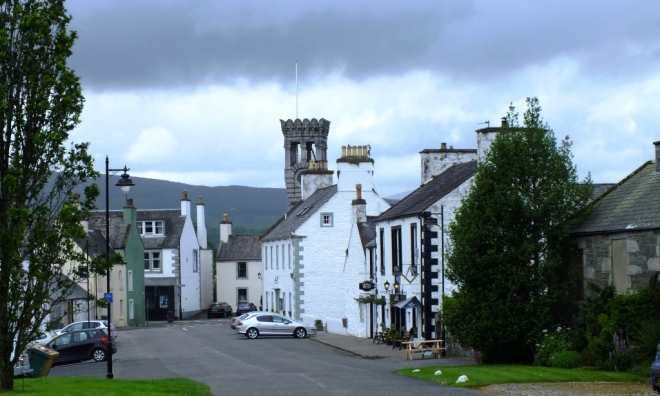 At the bottom of Ann Street is the clock tower (1871) and on the left in the courtyard of the Murray Arms is the original gatehouse. This building predates the town and may have been an inn on the old road to the ford.

Also in Ann Street is the Masonic Arms and opposite the Cally Estate office which looks to be under renovation. This, along with other local locations, featured in the cult movie The Wickerman.

Crossing the High Street we headed along Castramont Street, past the Parish Church with masses of Philadelphus (mock orange) scenting the evening air. 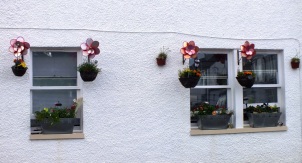 and down Birtwistle Road with its rather lovely row of workers’ cottages and back into the Mill grounds by way of a gate at the end of the lane. 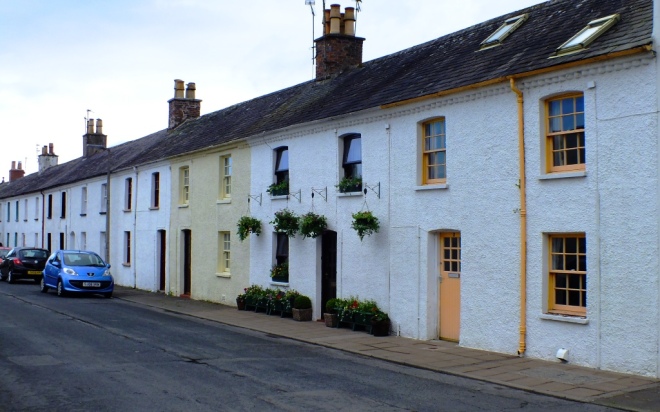 The Mill at Fleet

And the final thing I saw and photographed was a lovely oyster-catcher in the park. Now a reminder of a dear blogging friend.