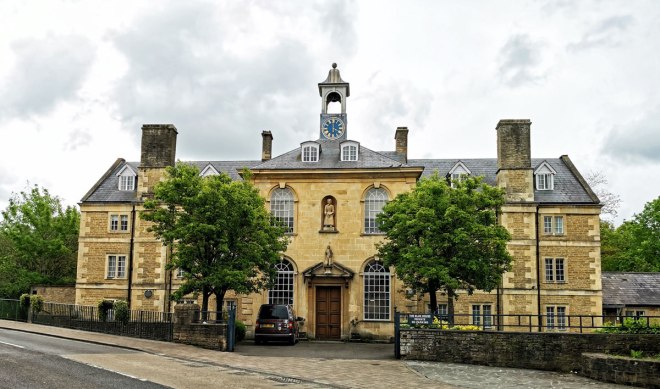 The Blue House, next to the town bridge, is Grade 1 listed; it was formerly the Bluecoat School and Almshouses, named after the colour of the school uniforms. Built in 1726 at a cost of £1,401 8s 9d, it replaced an almshouse dating from 1461 and rebuilt in 1621. The Blue House provided a home for twenty widows and schooling for twenty boys.

The front of the building is adorned by two statues, of a man and a woman, indicating the building’s dual purpose. The building’s role as a school came to an end in 1921 and it now provides studio and one-bedroom flats for seventeen elderly residents. Wikipedia