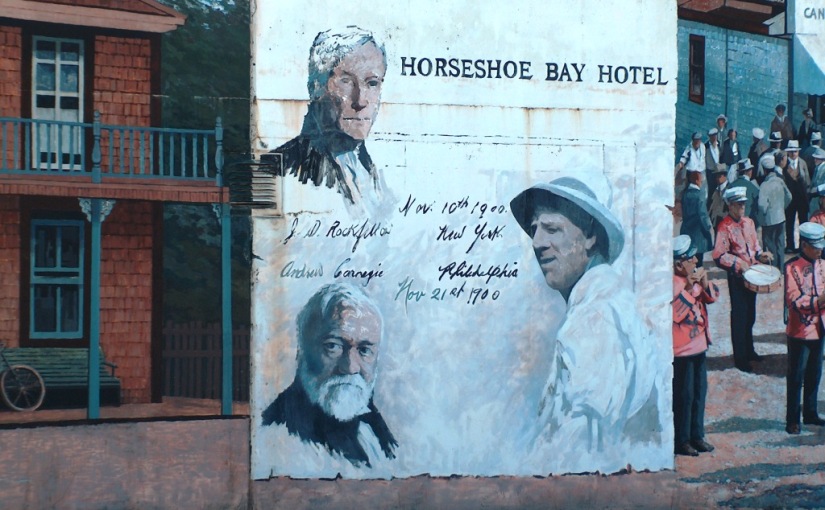 Onwards south to Victoria today after a wonderful breakfast of lemon waffles with mixed berries and warm maple syrup and freshly ground coffee. If you do get to Canada it is well worth seeking out the B&Bs to stay in rather than hotels or motels as in my experience they provide a great place to stay with some wonderful hosts and extremely inventive breakfasts – much more interesting than the “full English”. Actually one of the best places we have stayed in was a tiny B&B in Toronto  with a brilliant chef where I first experienced the Canada blend of sweet and savoury for breakfast – omelette with a slice of watermelon on the side!

We awoke to grey skies but fortunately it was still dry. We had considered crossing over from Crofton to Vesuvius on Salt Spring Island and driving down to Fulford for the ferry over to Swartz Bay. The island is unique in the Gulf Island chain with diverse and fascinating artists’ studios, bakeries – Salt Spring Bread and Laughing Daughters Bakery – cheese factories, a lavender farm, a vineyard, textiles, potters, jewellery makers, glass art, wood turners and many, many artists.

But given that most places appear to be open by appointment only and some close from the end of September, we decided to drive straight down the Trans Canada Highway 1 through the Cowichan Valley from where it becomes Malahat Drive named after the Malahat First Nation.

The Malahat Drive is one of the most beautiful roadways in the world with viewpoints providing scenic vistas of the Saanich Inlet, the Saanich Peninsula, Salt Spring Island and the Gulf Islands in the distance. It begins just south of Mill Bay and takes a 25 km winding and steep route over the 365m Malahat Summit to end in the Goldstream Provincial Park which is very busy during November’s salmon spawning run. The park has several hiking trails and is best between April and June when the wildflowers are in evidence.

We drove all the way without stopping so there are no photos from this stage of the journey, but in August 2005 we diverted off the highway onto the 1A to Chemainus, a small town snuggled in between a mountain range and the Stuart Channel. Mining, fishing and forestry were the original industries that gave work to many Chinese who worked in “bull gangs”. Later they were joined by Japanese, Scots and Germans looking for riches in the mines and staying to work the forests and on fishing boats. And the Cowichan Valley has been home to The Original First Nations peoples and their ancestors for generations. When the lands’ natural resources started to dwindle and Chemainus was in danger of becoming a ghost town it found a new lease by inviting artists from around the world to paint huge murals on the sides of buildings. Thus becoming a famous tourist-attraction. Although quite kitsch, there is a kind of wonderment that makes you want to see more. And many of the murals have very interesting tales to accompany them.

Click on a photo to see the slide show and more information about each mural. 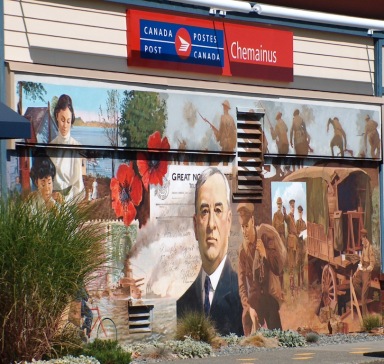 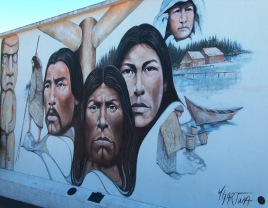 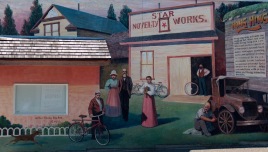 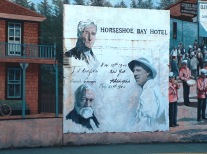 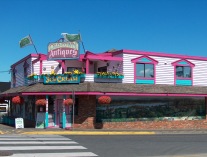 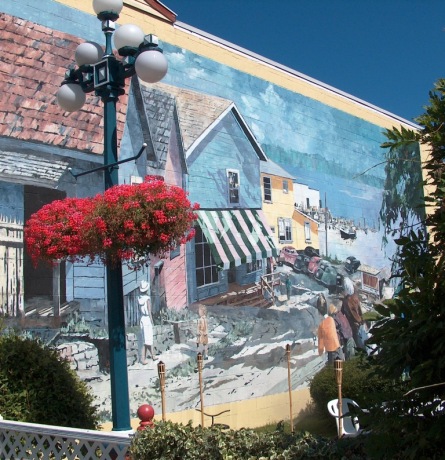 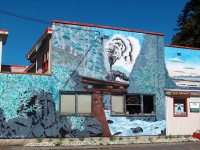 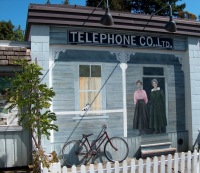 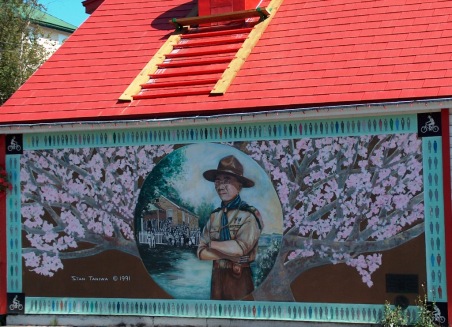 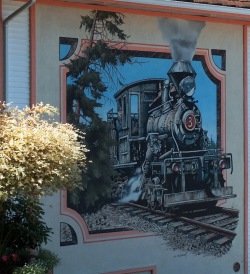