The parish church of St James became St Edmundsbury cathedral in 1914. The original church was founded in the  twelfth century in the precincts of the abbey. Changes were made in the sixteenth and nineteenth centuries with additions in the second half of last century. The crowing glory came in 2005 when the tower, built with a Millennium grant together with local fundraising, was completed.

In 869, Edmund, King of the East Angles, met his death at the hands of the Danes. He was tied to a tree and shot with arrows. Legend says that his severed head was thrown into the woods and found being guarded by a wolf. Edmund was the patron saint of England, until St George replaced him. His feast day is 20 November. 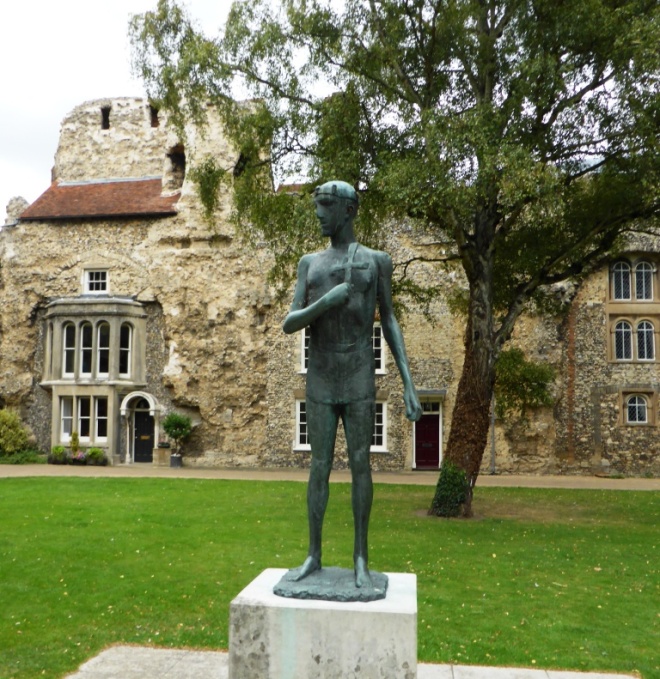 Inside the cathedral is a superb medieval hammer-beam roof, ornamented with figures of 30 angels. The roof is boldly painted and gilded, and though ornate, is nothing like so ornate as the extraordinary font and font cover at the west end of the nave – a riot of colour. END_OF_DOCUMENT_TOKEN_TO_BE_REPLACED