Last week we took a train from Sydney up into the Blue Mountains Region. It didn’t look very promising as we set out from Central Station amidst grey skies and high humidity. As we passed the soulless western suburbs of the city seemingly full of business parks and car lots, it struck me how awful arriving in any city by train can be. After an hour though we started climbing and then went through the more picturesque suburbs of Emu Plains, Warrimoo and Bullaburra – you have to love the Australian names. Arriving in Katoomba we found the bus to take us to Echo Point and The Three Sisters lookout. As we stepped out of the bus the cloud broke and the sun pierced it’s way through and the full weight of the heat struck us. 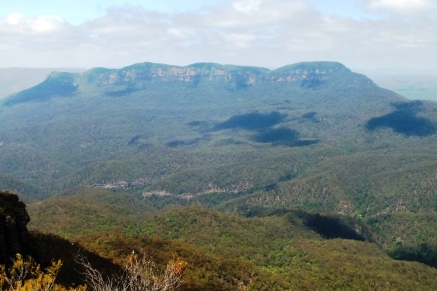 After admiring the views for a while I decided to head off on one of the bush trails past Kedumba View which looks out over the Kedumba River to Mount Solitary. It was too hot already to contemplate the longer, more arduous boardwalk you can access from over at Scenic World, but I think you’ll find that even on a shortish walk (40 mins one way) there is a lot to see.

The trail to Kedumba View

Blossom – similar to our Blackthorn 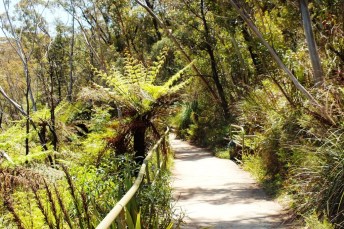 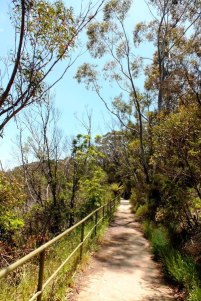 Sky Train – can you spot it?

I continued along the trail which would lead to another viewpoint, before retracing my steps. The views were amazing, but I was also interested in the flora alongside the trail, much if looking like the fynbos found in the Cape Peninsula, South Africa. 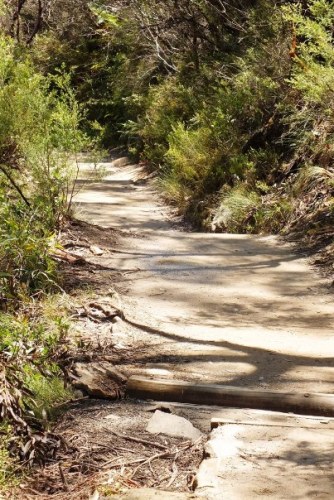 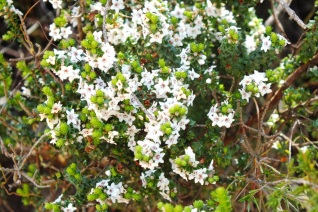 The path became muddier and less easy to traverse with short steps along the route, but the joy of discovering different things to see every few yards made me continue until I reached Lady Darley’s Lookout. 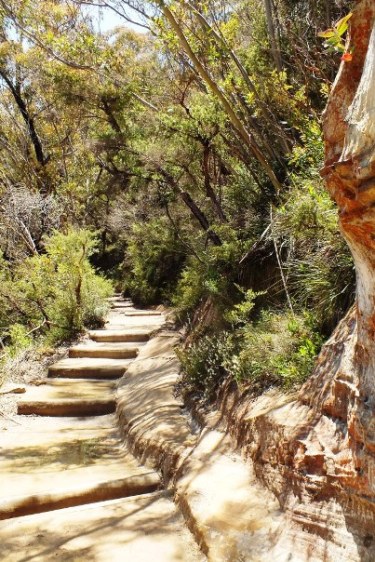 French youngsters on the edge 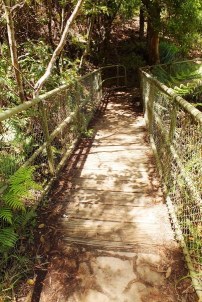 Where I found the most wonderful views, and a group of French youngsters posing for photos on the edge of the overhang! What makes people do this? Do they not realise that one false step and they are over the edge? Looking at my options of either the ladder going down (and the steps in the distance to the next viewpoint at Katoomba Falls) and the steep staircase going up to the Cliff Drive, I decided that this would be my turnaround point. By now that sun was hot too! 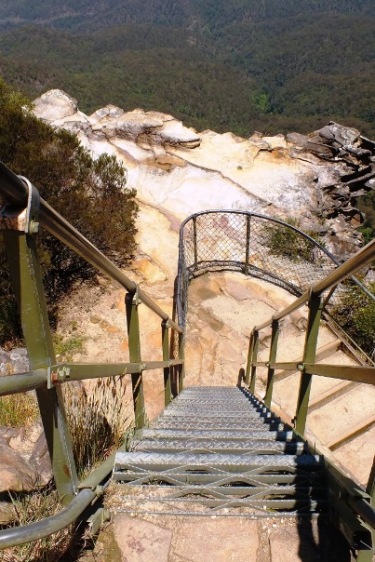 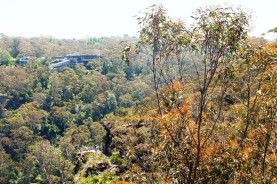 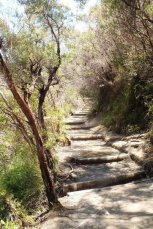 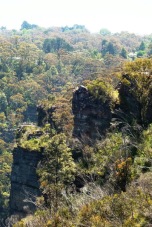 Lady Darley Lookout – can you see the ladder?

and a final few photos of the flora…

The following day there were severe bush fires in the Blue Mountains – a common occurrence and one which must put fear in the hearts of those people who live in this vast ‘bushland’.

(Why are the Blue Mountains blue? The distinctive blue haze is always present. The phenomenon is known as ‘Rayleigh Scattering’ and caused by scattering rays of light coming into contact with the fine dust particles and droplets of oil dispersed from the eucalyptus trees in the valley.)

If you enjoy a walk, short or long, then you may enjoy visiting Jo’s Monday Walk where you are in for a treat.