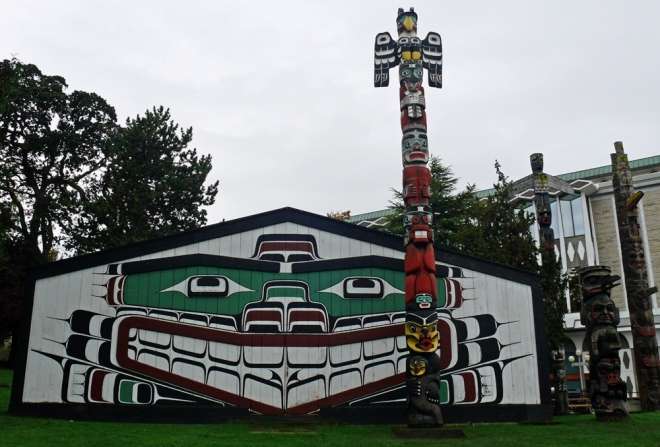 The totem pole outside Thunderbird Park in front of the Big House built by Mungo Martin and opened in 1953.
Martin decided to include crest representing four of the Kwakwaka’wakw nations to honour them all.

Thunderbird – a crest of the A’wa’etlala family at Dzawadi, Knight Inlet.

Grizzly Bear holding a Copper, the ancestor of a Kwagu’l family

Dzunuk’wa – the wild woman of the woods holding her child. A crest of a ‘Namgis family at ‘Yalis (Alert Bay)

One thought on “Thunderbird Park”