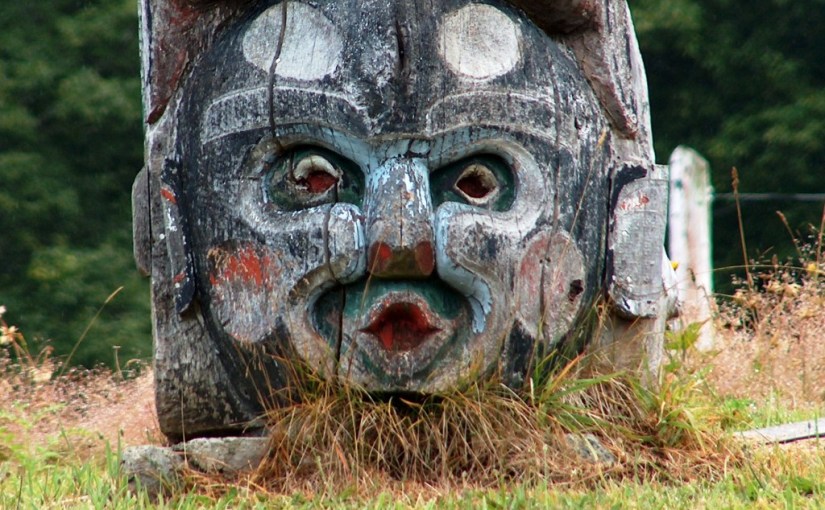 One of the attractions of visiting Alert Bay on Cormorant Island is to go out on the water to look for pods of Orcinus orca (killer whales) that are regular visitors in the waters around Alert Bay from June to October. The other is that Alert Bay is a rare and remarkable aboriginal cultural destination, steeped in history, natural beauty and living tradition. The ‘Namgis peoples, a First Nations band within the larger Kwakwaka’wakw nation of northern Vancouver Island live here on a slice of territorial lands traditionally known as ‘Yalis. It is a very interesting island to visit and well worth the long trip up the mainland to reach it.

A visit to the impressive U’mista Cultural Centre is a ‘must-do’ as well as seeing the world’s largest totem pole and a roadside First Nations’ graveyard filled with totem and memorial poles.

The burial ground in Alert Bay contains memorial totem poles marking the graves of members of the Kwakwaka’wakw. Figures on the poles depict family crests. The one at the top signifies the most important family symbol. The figures represented on the totem poles are those from mythology who became, or were encountered by, ancestors of the group who later took them as their crests. The Kwakwaka’wakw families claim the Thunderbird as a crest. He descended from the sky and became human. The raising of a totem pole was usually accompanied by a potlatch.

Figures featured on the poles include the eagle, raven, frog, killer whale (orca), grizzly bear, thunderbird, beaver, dogfish, salmon, wolf and Dzunukwa, a fearsome giantess of the dark forest. She is always painted in black with half-closed eyes and pursed lips. 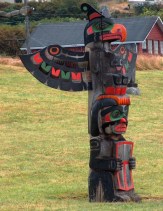 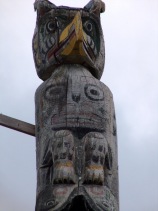 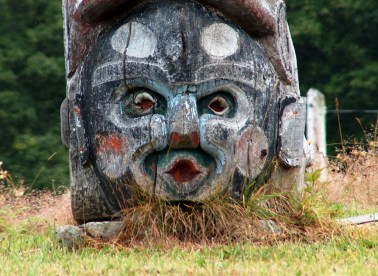 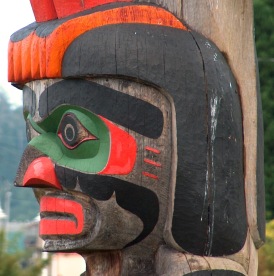