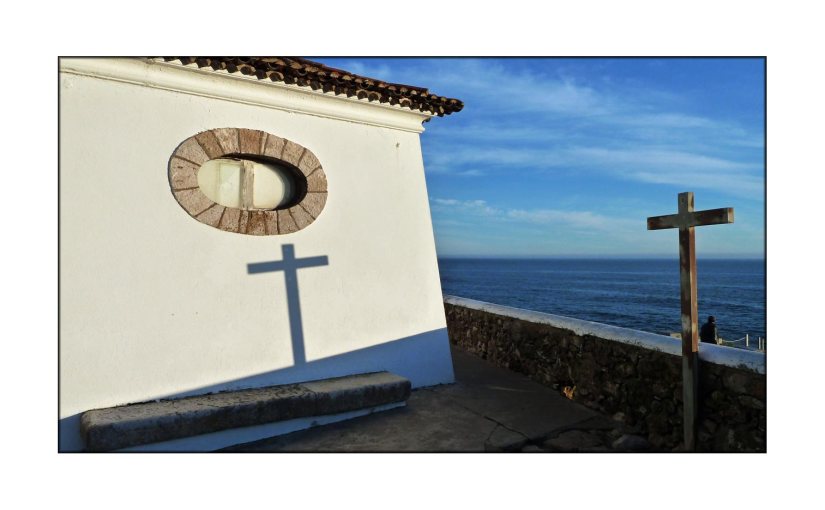 Lots of ways to interpret this week’s photo challenge, but my immediate thoughts were of the Byrd’s song which was a hit in the 1965. Written by Pete Seeger in the late 1950s the words are taken from the bible (Ecclesiastes). The lines are open to myriad interpretations, but as a song they are commonly performed as a plea for world peace, with an emphasis on the closing line:

In view of what is happening in the world today, I thought that this was an appropriate response, though I hasten to add that I am not in any way religious, despite being drawn to religious buildings and ancient churchyards like this pretty little chapel on the outskirts of Cascais, Portugal.