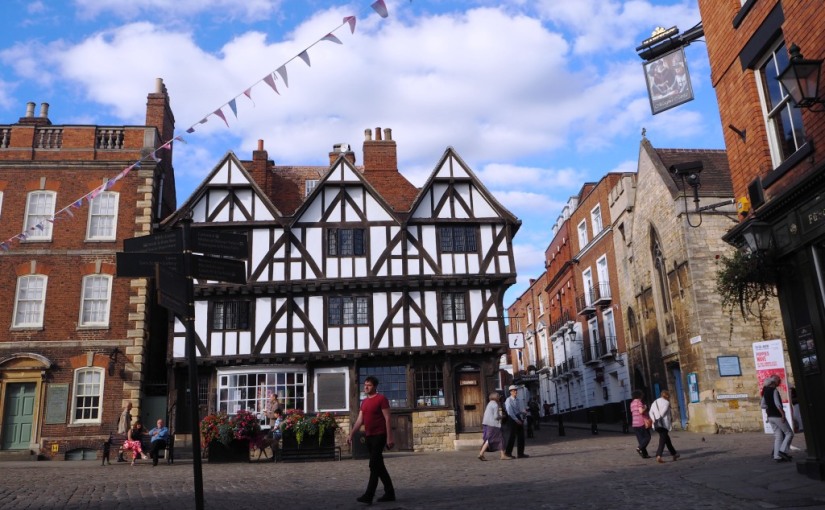 Our arrival in Lincoln was rather fraught, after a road closure in the centre of town disrupted our route to the Castle Hotel up in the Cathedral Quarter. Fortunately the SatNav (AKA  Florence II ) got us out of difficulty and we arrived in plenty of time to have a stroll around the neighbourhood and choose a restaurant for the evening.

From directly outside the hotel, where we had booked a ground floor room in the former stables block, we had a glimpse of both the cathedral and the castle.

And a five minute stroll took us to Exchequer Gate (header image) and Castle Hill the medieval space which forms the setting across which the Cathedral and Castle face each other, dating from 1072 and 1068 respectively. 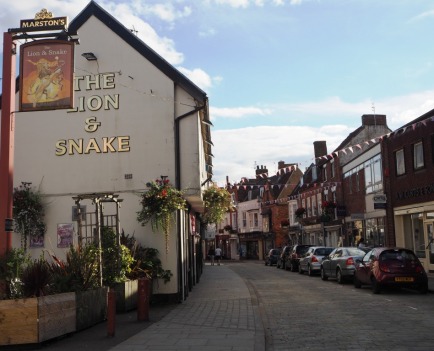 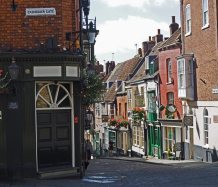 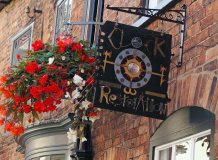 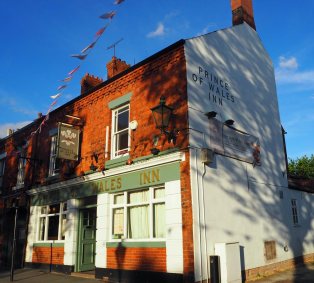 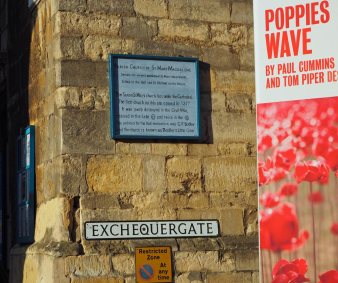 There is something I find so appealing about towns and cities where the streets have names such as Bailgate, Eastgate, Westgate, Pottergate, Michaelgate; you just know you are in a place steeped in history. 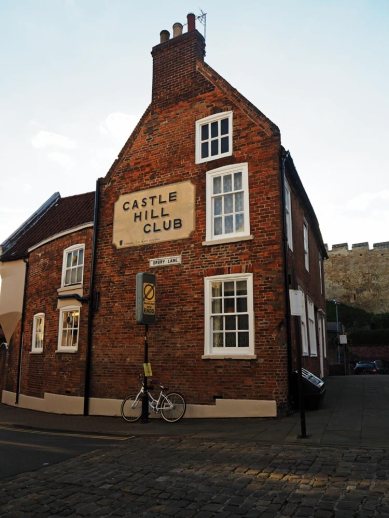 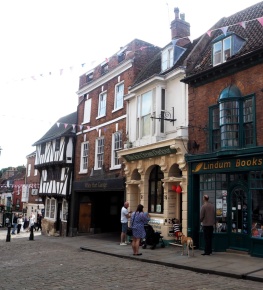 Lindum Colonia was the Roman name for the city. 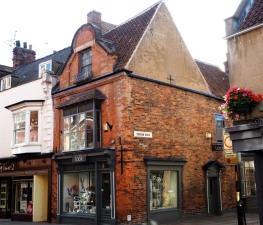 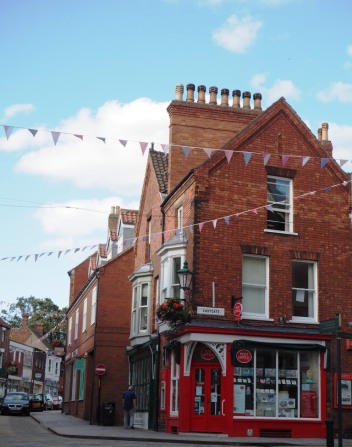 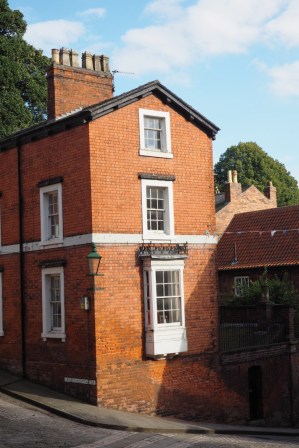 High up above the town centre, this area (uphill Lincoln) is full of old houses, interesting independent speciality shops, pubs, restaurants, cobbled streets and quirky buildings. An area known for its village atmosphere. On this beautifully sunny September day, dressed with bunting, it was perfect.

Newport arch is a †3C Roman north gateway, which was part re-built in the Medieval period; originally the North Gate of the Roman walled city, now the only surviving Roman gateway in Britain still used by traffic. Bailgate is the most historic part of Lincoln’s Cathedral Quarter.

We ventured a little way down Steep Hill (aptly named), but had no desire to reach the bottom, nor to have to walk back up. We didn’t stroll far. Just enough to take in the ambience of the place and to choose where we would eat that night. Brown’s pie shop. And one of the best steak and ale pies I have ever eaten, in a tiny café at the top of Steep Hill where the waitress had to go up and down steep stairs to the kitchen. 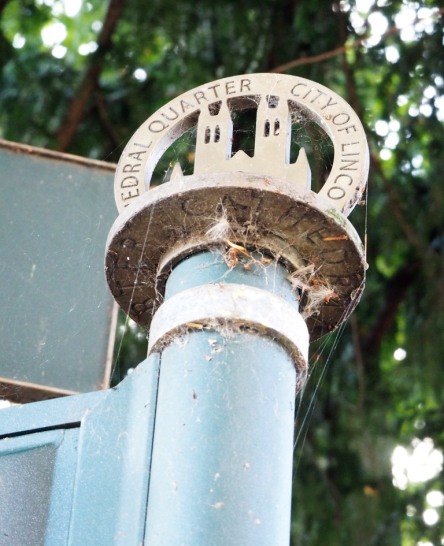 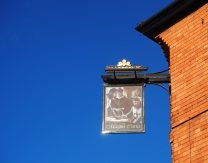 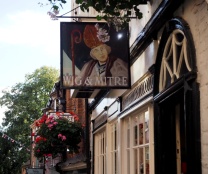 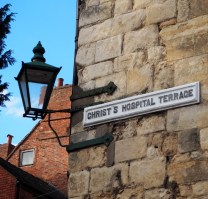 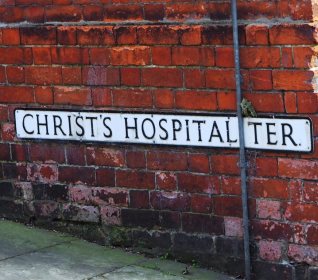 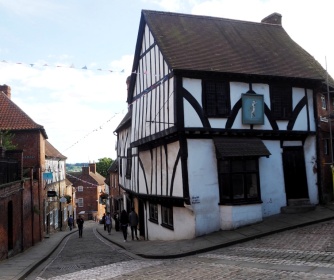 Instead we turned around and had a look at the cathedral, now resplendent in the golden evening sunlight.

And took a stroll around the Minster Yard before returning to the hotel for a G&T then heading off to dinner.