Following a thread posted on my visit to Stonehenge I noticed that I had commented on my Avebury  post that I still had to have a look at a local stone circle in Shropshire: Mitchell’s Fold Stones. That comment was made in March 2014.

So on Saturday, in bright sunshine I decided to take the shortish drive (25 miles) to find these stones. As we turned off the road and approached White Grit (Powys) the covering of snow on the lane alerted me to the fact that maybe this was not such a good idea.

Continuing up the lane to the car park with the ice/skid light illuminating on my dashboard I hoped that I would be able to turn around at the end. Reversing down this track was not really an option. The sun was still shining, though there was an ominous black cloud in my rear mirror.

As with many prehistoric sites Mitchell’s Fold is subject of legend. It is said that a fairy gave a magic cow in times of famine which produced an endless supply of milk. An evil witch tried to milk her into a sieve, and realising the trick the cow disappeared. The witch was turned into a stone and a circle of stones was built to ensure she could not escape.

The stone circle is not too far from the parking area, but the temperature was somewhere around 2°C and the wind was raw. The landscape (that which was still visible) looked amazing. Wrapping up in scarves and gloves and hiking boots we headed up towards the stones, which were sadly hidden in the blizzard that then hit us!

I tried – honest I did, but I can’t say that this was my best photographic venture despite risking frostbite. 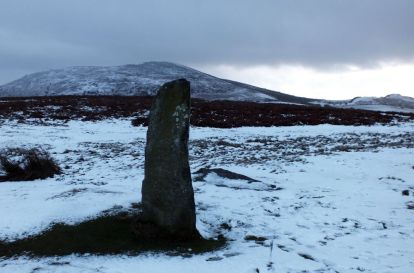 Oh, well, I will try again in the summer – this vista is well-worth exploring, stones or no stones! And there are barrows and cairns in the area too.

(This stone circle was constructed in the Bronze Age, over 3,000 years ago, using dolerite stones from Stapeley Hill. Today there are 15 stones arranged in a rough circle, but there may have been as many as 30).

Ailsa of “Where’s My Backpack?” wants us to show her our most decrepit, worn and torn, antediluvian shots this week. If you would like to join in with her challenge then please do. Everyone is welcome. 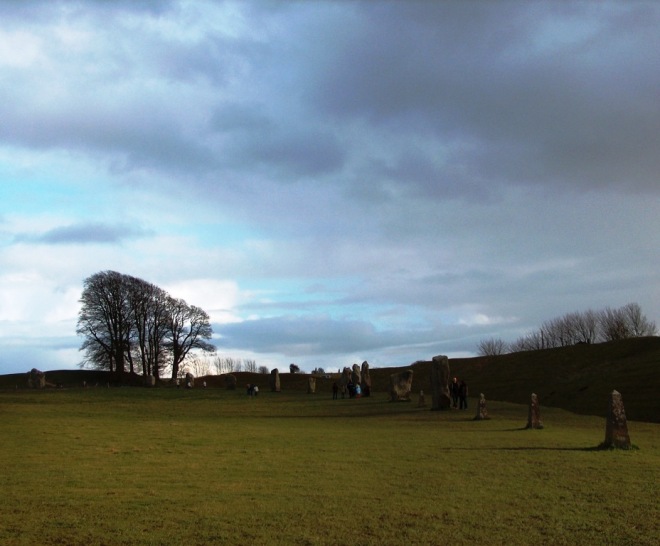 One of England’s oldest sites is the Avebury Stone Circle in Wiltshire. Believed to have been started around 3000 BC it was probably used as a religious and ceremonial centre, but no-one knows by whom. The nice thing about Avebury is that you are allowed to wander freely on the site and get close up to the standing stones.

The main circle covers approximately 28 acres with two smaller circles inside. The henge is also split by the village of Avebury and a road. There is an avenue of stones leading away from the circle towards Overton Hill a mile and a half away, and it has been speculated by some archaeologists that the avenue was constructed to form the body of a snake, with the circle as the snake’s head. 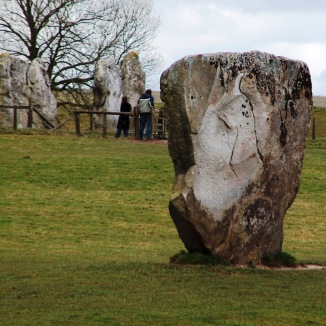 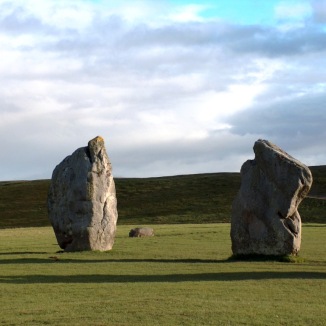 A steep bank and ditch surrounds the circle, together they form a 60 foot barrier. 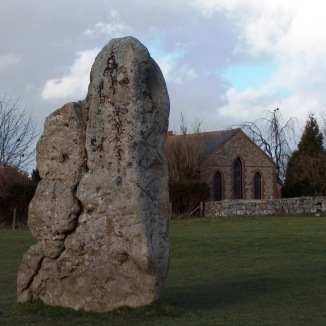 Just a few miles away is the strange conical mound of Silbury Hill, across the road from West Kennet Long Barrow. In the other direction is Windmill Hill causeway camp, the finest hilltop camp in England.