During my trip to Australia I managed to have a couple of days in Canberra, Australia’s capital city, though many people think that it is Sydney. Canberra gets a bad deal I think, from a tourism POV, mainly because it is full of politicians and museums! But the attraction for me (apart from having a granddaughter living there), is the chance to wander around the many galleries and museums scattered around the lovely Lake Burley Griffin, named after Walter Burley Griffin, the American architect who won the competition to design the city of Canberra. 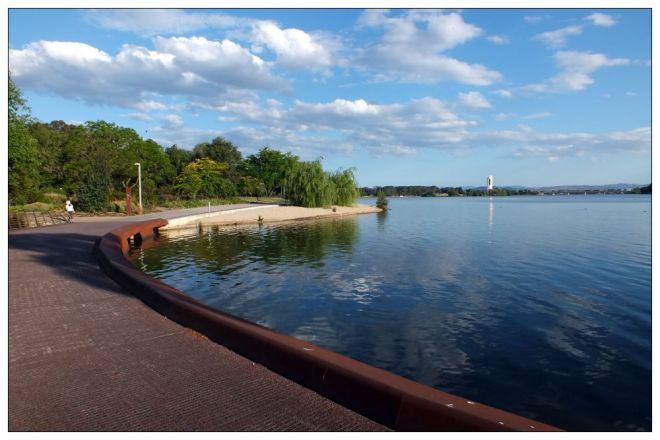 On our arrival in the city, my son and I stretched our legs by walking a short distance around the lake and enjoying the early evening sunshine. We parked at one end of the R G Menzies Walk and set off towards the National Carillon. You can see it in the distance, situated on Aspen Island.

‘I cannot honestly say that I liked Canberra very much; it was to me a place of exile; but I soon began to realize that the decision had been taken, that Canberra was and would continue to be the capital of the nation, and that it was therefore imperative to make it a worthy capital; something that the Australian people would come to admire and respect; something that would be a focal point for national pride and sentiment. Once I had converted myself to this faith, I became an apostle …’

The R.G. Menzies Walk was named in acknowledgement of Sir Robert Menzies’ crucial contribution to the development of the nation’s capital, Canberra. During his second term as Prime Minister (1949–66), he committed his government to the task of creating a capital worthy of the nation. 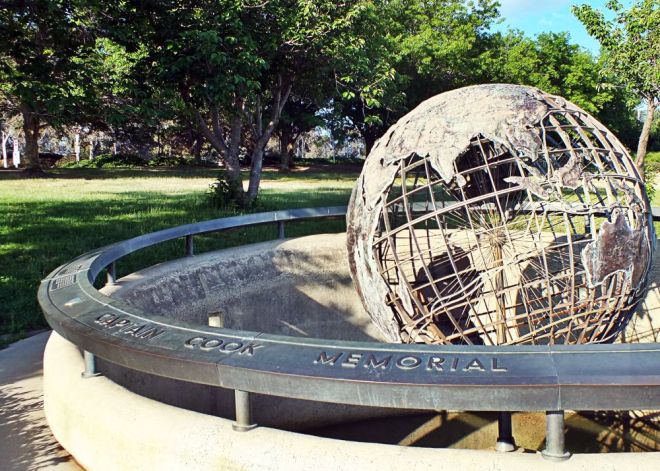 The Captain Cook Memorial Globe uses meridians of longitude and parallels of latitude to form an open-cage globe, with landmasses depicted in beaten bas-relief copper. The three routes of Cook’s voyages, with explanations of ports of call, are inscribed on the surrounding handrail. 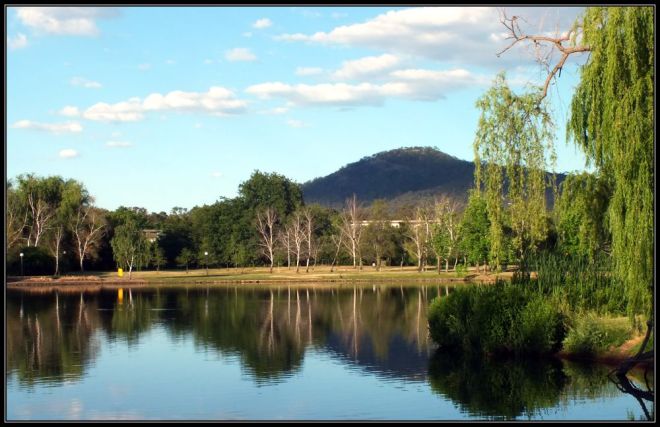 At the Nerang Pool we wandered away from the lakeside path and into the bush and marshland around the pool where we viewed wonderfully clear reflections of the white gum trees in the early evening light, found some stepping-stones leading to a ‘waterfall’, wandered past a pretty ‘Smoke Tree’ and watched a colony of rabbits nibbling at the lawns. 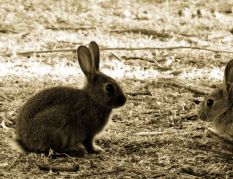 Looping back onto the lakeside path we came across a statue of Menzies on the foreshore and a convenient bench to sit and admire the view across the lake to the National Library, Questacon, National Gallery and the Kings Avenue Bridge.

The path is used by walkers, joggers, cyclists and skateboarders, so watch out when taking photos or you might lose a limb! If you look carefully at the duck photo you will see that the female leading her chicks back to the grass is hissing at a passing cyclist. The light was truly lovely at this time of the day with lengthening shadows and golden light.

Telstra Tower in the distance 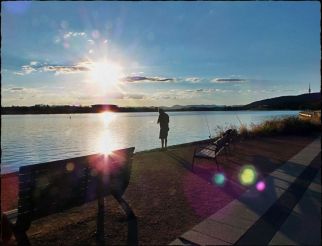 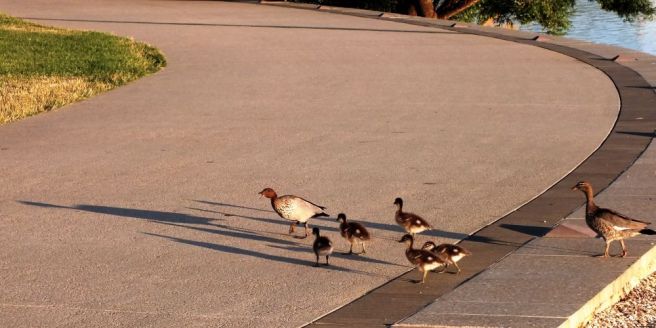 This walk is only about 5 km return and took us about an hour and a half. It is easy-going, being quite flat and most of the route is accessible by wheelchair. There are many other interesting things to see on this side of the lake including statues, sculptures and memorials and also the National Bonsai and Penjing Collection, and it is the site of the annual Floriade, a major flower festival held each spring. (And those of you who know me know how much I’d love to be here then!)

[The lake is nine kilometres long and the lakeshore is 40.5 kilometres in length. Yass-Canberra was chosen as the site for the national capital on 8 October 1908. The city owes its origins to an international design competition won in 1912 by the American architect, Walter Burley Griffin. Today, Canberra is known as one of the world’s great planned national capitals, along with Washington DC, Ottawa and Brasilia.]