Some of you following this blog may remember my Post Boxes. Whilst searching through the digital shoebox for something else I came across this little beauty in The Rocks, Sydney, Australia

This post box is made by Bubb and Sons Victoria Foundry. The first street posting boxes were cast in bronze by the Bubb & Sons foundry at Pyrmont in 1856.

Robert Bubb, born 23 June 1805 in Avening, Gloucestershire, England, migrated to Australia and established a foundry in Sydney. Victoria Iron Foundry was located at 10 Victoria Place, Sydney (the firm is listed in the Sands Directory until 1880).

These boxes were designed by T. W. Levinge of the New South Wales Postmaster General’s Department and initially manufactured by Robert Bubb and Son of Pyrmont. The boxes were in the style of the Penfold boxes with the Acanthus leaves and bud at the top. Note this one has a vertical aperture so probably one of the earlier designs.

Apparently there is another one in the Rocks district on Hickson Street which is dated to the 1880’s-1890’s with a horizontal aperture and still in use. Other Bubb mailboxes can be found in Sydney suburbs such as Manly and Marrickville. So you Aussies out there see if you can spot one for me!

Description: Every Tuesday I offer the “A to Z challenge”, walking step by step through the alphabet. 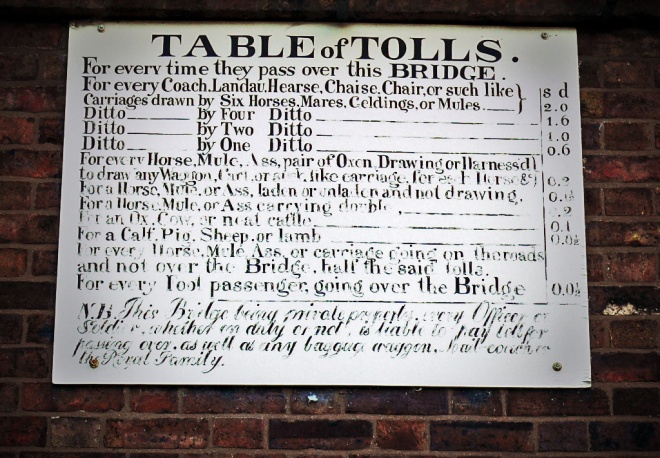 Following on from my bridge last week is another iron bridge, this time from Shropshire and much closer to home. This Iron Bridge is in the Severn Gorge and has a town named after it. It was the first arch bridge in the world to be built from cast-iron and it opened on New Year’s Day 1781, the result of work by the architect Thomas Pritchard (whose work can be seen in many Shropshire towns including Ludlow) and Abraham Darby III. 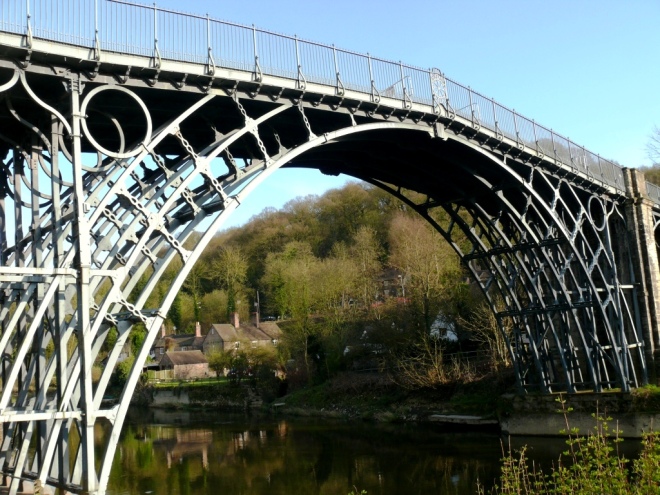 It is one of the great symbols of the Industrial Revolution and visited by many.  Directly across from the bridge is the Tontine Hotel.

The word Tontine is a noun “an annuity scheme by which several subscribers invest in a common fund out of which they receive an annuity that increases as subscribers die until the last survivor takes all!”.

The idea of building a hotel here started as soon as people realised the attraction of the Iron Bridge. Those involved in the venture included Abraham Darby III, Samuel Darby, William & Richard Reynolds, John Wilkinson, Joseph Rathbone and others who were involved in the construction of the bridge.

The hotel opened in 1784. Inside are Victorian fireplaces with the traditional tiles of the area, photographs showing the area in different stages, with coracle men and their coracles, people standing on the river under the bridge when it froze on the 5th February 1917, collections of old local bottles etc.

View from the bridge – Wharfside 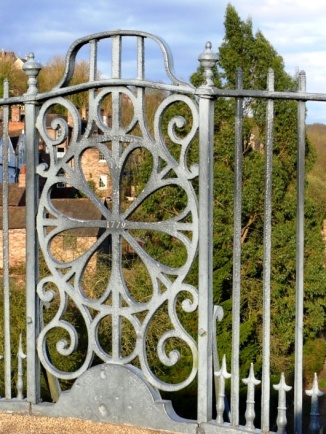 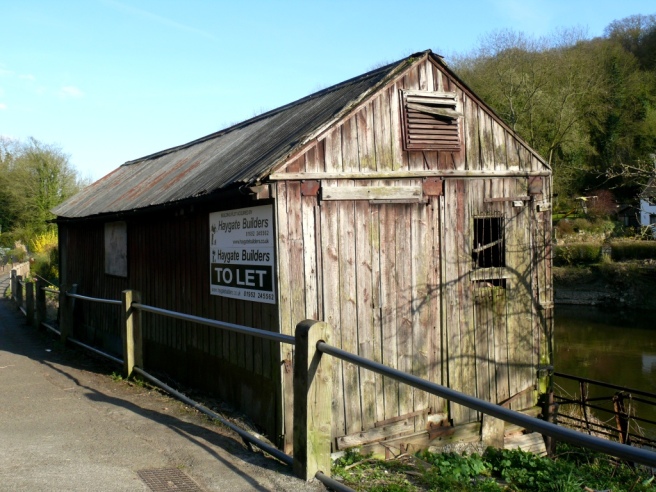 If you ever find yourself in Shropshire, then try to make some time to visit this once heavily industrialised, now pleasantly picturesque, town, not just for the Iron Bridge, but also its many other attractions.