I am uncertain as to which lighthouse this is, either Wood End or Long Point at the end of the spit near Provincetown.  Cape Cod (Massachusetts, United States) is a fascinating place to visit if you are a lighthouse lover as you will find more than a dozen in a reasonably small area. Some of them have had to be moved further inland as the constant pounding of the surf has caused sea erosion along the coastline. Some are even open to the public.

Paula’s (Lost in Translation) challenge this week is Tall.

Following her idea of a lighthouse I have opted to show this  beautiful blue and white striped pepper-pot structure, which is topped by a small glass beacon.

During the 1750s, on a rocky shoulder overhanging the sea, a small fort was erected that was part of the maritime defence of Cascais until the 19th century. In 1762 it was modernized, and began its function as a lighthouse in 1868 after losing its military value. 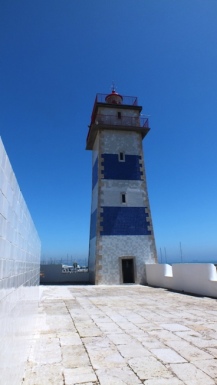 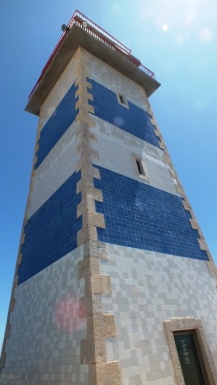 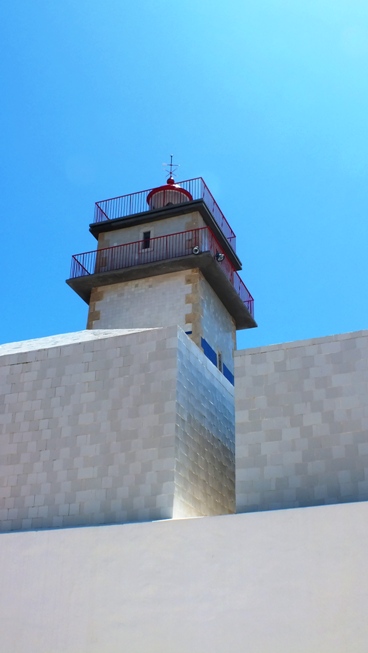 In the lighthouse museum are gathered representative pieces that illustrate its activity whilst it was a lighthouse, featuring a series of optical devices from the 19th and 20th centuries as well as an audiovisual centre where a multilingual documentary about the lighthouses of Portugal is exhibited.

You really need to wear good sunglasses when visiting this site – the white glossy tiles of the exhibition centre and auditorium throw off a blinding light in the sunlight which quite hurts the eyes! The tiles are laid slightly unevenly so the apparently plain surfaces catch the light and have a subtle iridescent quality.

I have been promising to show this to my blogging friend Jo for a very long time! I hope she enjoys it 🙂

It was our first day in Bojewyan – a bright cornflower blue sky, cloudless and bright. Though the wind was sharp for the time of year and lazy at that as it cut straight through you. We walked the mile into Pendeen for a cooked breakfast at Heather’s café and sat outside in the minuscule courtyard, sheltered from the wind, basking in the sun and ate a full English along with a mango smoothie, followed by a flat white. It tasted good. It felt good. And it set us up for our stroll down to the coast to look for a lighthouse.

It’s only about a mile, but it took us a while as we stopped every few yards to take a photograph. So much to stop and look at. Chimneys on the horizon of abandoned and disused tin mines. Drystone walls brimming with wild flowers. A ruined cottage. The sea. Interesting gates featuring roses and an engine house. END_OF_DOCUMENT_TOKEN_TO_BE_REPLACED 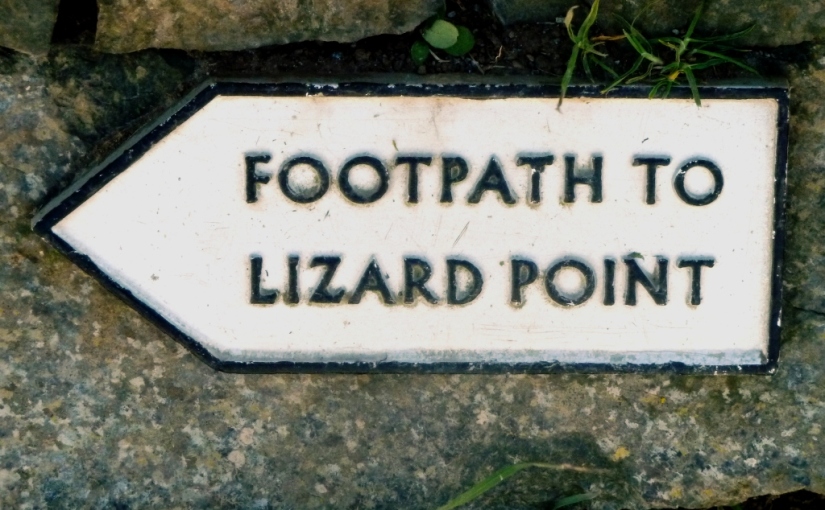 The Lizard peninsula is the most southerly part of the British mainland, a place apart from anywhere else. Dramatic and historic coastline, complex and unique geology and interesting flora and fauna.

The Lizard Lighthouse Heritage Centre with its distinctive twin towers marks the most southerly point of mainland Britain. It is open from March to October and you will find interactive displays and exhibitions about the history of the building. A tower was first built here in 1619 at the expense of philanthropist Sir John Kilgrew. The current beam can be seen for 26 miles. For those of you who love lighthouses,  (Jo, I hope you are reading this), you can climb up to the top of the tower and even sound the foghorn or send messages in Morse code. END_OF_DOCUMENT_TOKEN_TO_BE_REPLACED

I’ve been invited to take part in the “Five Photos, Five Stories” challenge by Alison of Scene by Minerva. The challenge is quite simply to “post a photo each day for five consecutive days and attach a story to the photo. It can be fiction or non-fiction, a poem or a short paragraph and each day nominate another blogger for the challenge”.

My five photos are going to depict what I love about Cornwall. The light, the colours, the coast, the history.

Godrevy Lighthouse  on the eastern side of St Ives Bay, west Cornwall. Facing the Atlantic Ocean it is popular with both the surfing community and walkers, photographers and even writers. It was the inspiration for Virginia Woolf’s novel “To the Lighthouse“. (please click image to enlarge)

My nomination today is Lynne Ayers of  Beyond the Brush Photography – who is an excellent art photographer. Absolutely no requirement to join in, only if you want to.