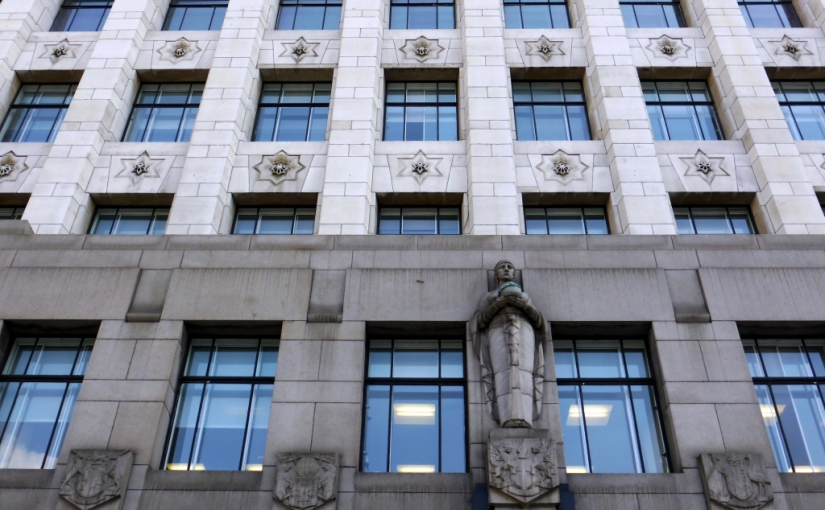 This weekly challenge is hosted by Dawn from ‘The Day After’ who invites participants to post pictures of any windows that  they find curious, inviting, photogenic, or in some way tell a story. Visit her blog to see more windows and/or to join in with the challenge.

Reflections in the city

and finally The Shard – lots of windows in that building! 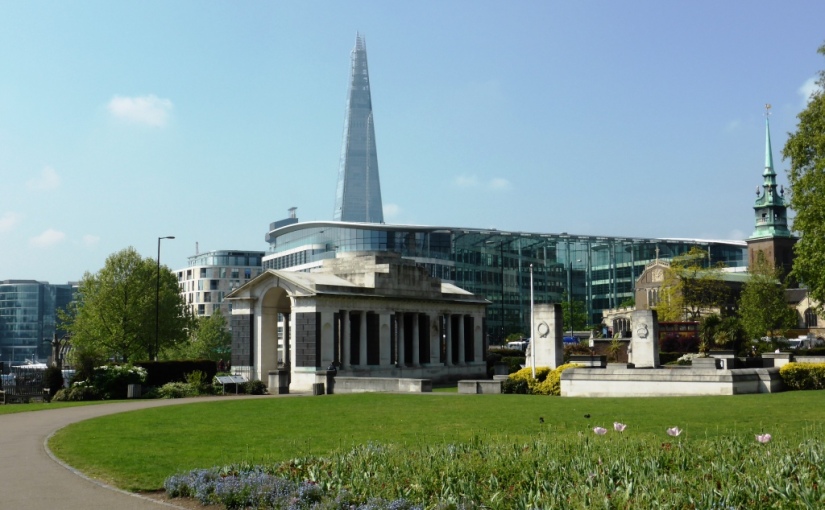 It’s a funny old world. I lived a little more than an hour away from London for 7 years, but in all that time I’d never spent a day there other than for attending meetings for work. So a train in, a tube to the location and back again, sometimes with a glance at some interesting architecture, thinking I really should bring a camera with me next time. Never spent any time in recent years exploring the city. I didn’t like London you see. I found it dirty, noisy and too busy so all I wanted to do was get in and get out as quickly as possible.

I have ‘done’ the tourist things years ago – Buck Palace, the Mall, Trafalgar Square, Big Ben, Camden Lock, Greenwich Market, but never been interested in what else it has to offer, until now, when I decided that I should at least visit the splendid museums that lie within the centre and are free. I like free. And Kew Royal Botanical Gardens. I like gardens.

So last week I accompanied the OH who was going there for business purposes and found myself in a reasonable hotel a spit away from Earl’s Court. With three days at my disposal. And a tube strike for two of those days. I dislike the tube at the best of times but at least it gets you to where you need to go, usually. Now buses, not only are they complicated, but also they are slow. On account of all that traffic you see.

On my first day I spent an hour and a half going round in circles as I attempted to get across to Chancery Lane tube station to go on a London walk.  Eventually it dawned on me that there was no way I was getting anywhere close to the centre as Circle, Central and Piccadilly lines were not running. Had I realised that at the start of the journey I could have made my way differently, but by the time I’d sussed out an alternative route it was too late. Frustrated now, by all the hopping on and off tubes going nowhere, I opted for some fresh air in Kew Gardens, but even that was a challenge as it involved a tube to Turnham Green, a walk to a bus stop, a bus to Kew Gardens Station and a walk to the gardens. Phew! I was quite exhausted before I even got there!

Kew is big. Really big. And although I walked for four hours I only covered half of it.  I got to see the Palm House, which was closed on a previous visit, but not the Temperate House, which is closed for restoration. I was enchanted by the peonies, the Woodland Garden and the Rockery. I loved the Princess of Wales Conservatory with the pelargoniums, the succulents and cacti, the jade vine and the chameleon. I was irritated by the number of school children on a day trip (usually Primary age) running around, screeching at full volume, getting in the way of a shot. They were everywhere!

Getting away from them I discovered the lovely Davies Alpine House, the Waterlily House and further away, the Secluded Garden where I sheltered from a heavy April shower beneath the canopy of a Prunus tree.  Only to find another small glasshouse just around the corner! Oh, well. 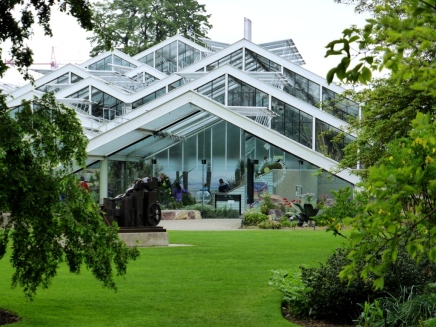 In the Rock Garden 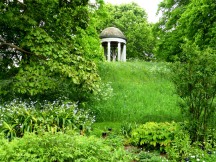 Just when I thought I couldn’t walk any more my eyes glimpsed a shock of colour across the park, and I headed for the Azalea Garden, getting attacked by a crazy squirrel en route. I spotted him in the grass and thought about getting a photo of him, but he just kept heading straight towards me. Next minute he is clinging to my thigh and staring up at me, no way could I get a photo, I was too busy trying to encourage him to get down without being bitten!  After a couple of moments like this I did manage to take his picture and then quickly hurry away before he decided to have another go. Anyway, the azaleas were well worth being attacked for.

Admitting defeat just before I found the bluebells and knowing that I still had to make my way back to the hotel as we had a dinner date at 7 pm I reluctantly left Kew Royal Botanical Gardens, footsore, but happy, and both camera batteries exhausted, like me. END_OF_DOCUMENT_TOKEN_TO_BE_REPLACED