Popularised in a song by Robert Burns, the fine circular walk up the steep gorge of the Moness burn reveals several waterfalls. 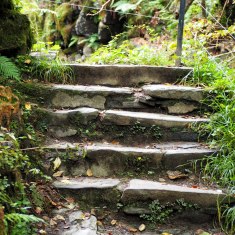 Begin along the obvious trail from the car park, bearing left to cross the large bridge over the foaming Moness burn. 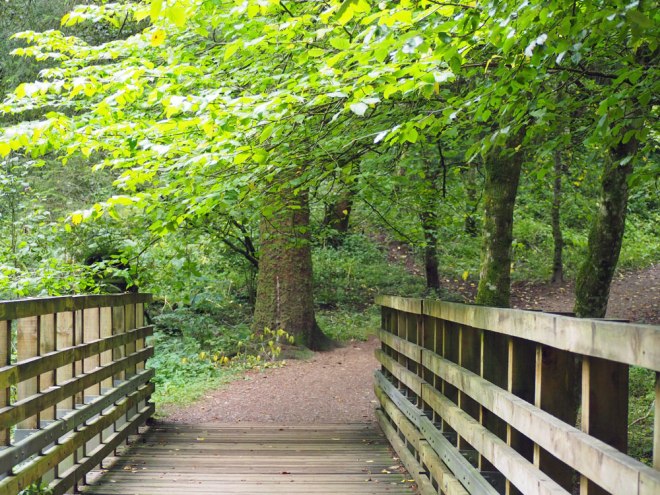 This lower part of the Birks is in fact mostly a beech wood. The walk continues along the path beside the attractive burn with several small waterfalls.

“Now Simmer blinks on flowery braes,
And o’er the crystal streamlets plays;
Come let us spend the lightsome days,
In the birks of Aberfeldy.” 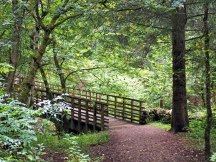 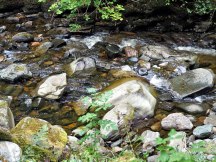 The Birks (Scots for birch trees) still cloak the steep slopes of the Moness gorge, along with oak, ash, elm and willow.

This is the last in the month that Becky (the Queen of Squares) has challenged us to find lines. In Squares naturally. I’m finishing with several poignant lines that I hope you will like.

Many thanks Becky for hosting yet another wonderful and inspiring challenge: you always get me to see the world around me differently. A review of this month’s squares will appear in a couple of days – meanwhile I hope you have a well deserved rest!

The words in this poem have been selected using a technique known as Erasure. I’ll let Cathy (~wander.essence~) explain it.

Mine came from a page in a novel I was recently reading and I just thought I’d give it a go. The end result is not so different than the original text, but these words caught my imagination. I’ll leave it to you, the reader, to form your own story. 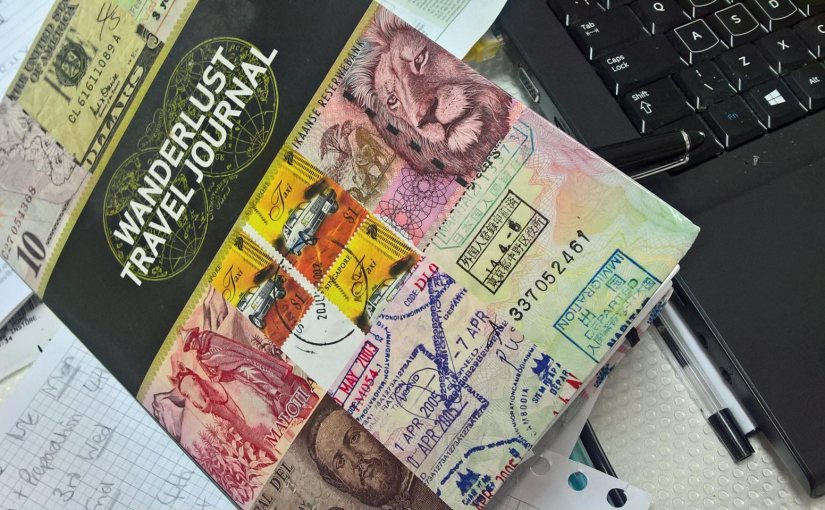 Trees of burnished copper and gold,
smoky purple canopies
and twiggy red limbs
Line the A30 heading east.
The “Welcome Home” copse on the hill,
stands guard on entry to Cornwall.
But I am going the other way
No time to stop for a photo today.
Flocks of Starlings rising like a speech bubble
From the farmers’ fields
Into the watered silk sky
before falling back down again.
And pretty roe deer feed by the side of the road.
Sheep. So many sheep. And even lambs in Devon.
Dartmoor rises like a humped backed whale
On my right.
Signs to the Pathfinder Village on my left.
Where one of the three speed cameras lies.
I slow, although I am not speeding.
The sight of the arched blue bridge
Over the motorway,
Means I can pick up more speed.
More cars mean more concentration
On the road.
Keep your distance
Stay two chevrons apart.
A phallic symbol rears up from behind the Mendip hills.
Closer by an ancient water tower squats.
Leaving Bristol behind I can relax
And admire the green valley with its low-lying mist,
or the River Avon full to the brim,
flood meadow not yet  flooded.
It won’t be long.
So many articulated lorries headed for Birmingham,
Manchester and the North.
I am glad to reach the Worcester turn off
Where the Malvern Hills look malevolent
as they crouch like a sleeping dragon
on the horizon.
The low slung sun dips in and out behind black clouds
And blinds me on the summits
as I try to avoid the potholes at the side of the road.
Welcome to Herefordshire
You Can.
Can what?
There is the Clee Hill, once a welcoming sight
As I headed home to lovely Ludlow.
Now, its peak shrouded in cloud as I pass it by,
still keeping watch over the medieval town.
Finally the Shropshire Hills.
The Longmynd, Caradoc, Ragleth Hill
loom in the background.
I have arrived.
5 hours later. 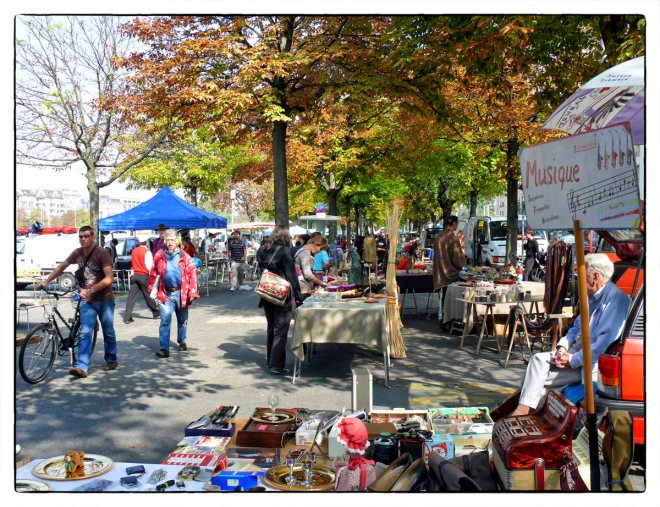 Old shoes, scuffed and oddly shaped by old feet,
Heels run down, soles flapping.
Miles of dusty pavements
Ingrained in the cracked leather.
For sale?
Surely not.
Electrical items from a bygone era
Pose safety implications for sure.
A VHS larger than any I have seen before.
So much tat.
Chipped and ugly painted vases
Lie amongst broken crockery
And balding teddy bears,
Once loved
Now forgotten.
LPs without covers
More than likely scratched
Causing that irritating repetition
When the needle jumps
And stutters
Again
And again.
And again.
Curiously there is an entire car engine
Rusty and tired
Like the car it once belonged in.
And a motherboard!
I recognise the jumpers,
The switches,
The spaces for the RAM,
And Video cards.
Almost an antique.
Almost definitely useless.
Close by is combat gear
And camouflage clothing,
Rusty saws and axes,
Swords and other miscellaneous evil-looking instruments
Of torture.
Or maybe not.
My imagination is getting the better of me,
they are probably gardening tools.
An elephant’s foot table.
Now that must be illegal to sell.
Or buy.
I grimace.
Indian puppet dolls
Are much more cheerful,
But I don’t stop.
Tables full of coins and clothing, glassware and china.
Bundles of straw which leave me wondering
What one would do with them
In a city.
Like this.
Time for me
to move on. 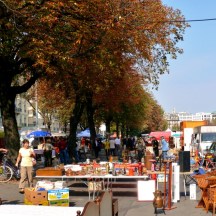 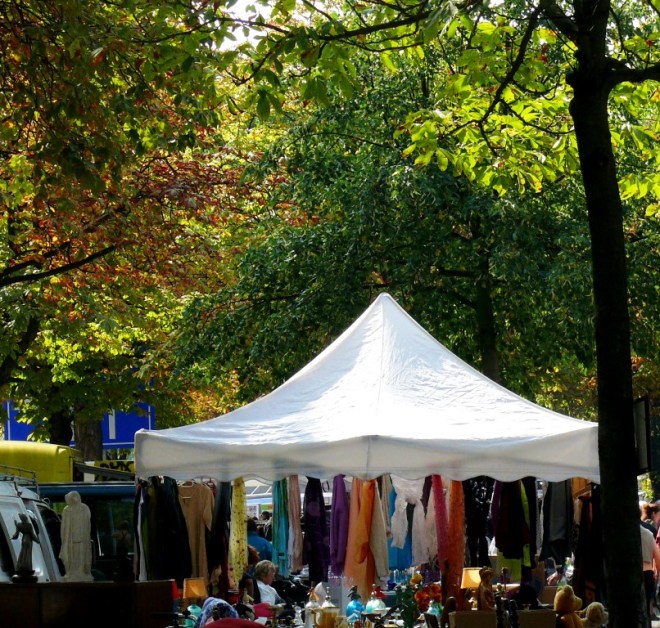 First there is Hadrian’s Wall.
Milecastles, hill forts and temples and bucket loads of history
from its turbulent English and Scottish conflicts.
Then there are the green fells and bubbling rivers,
stained tea brown from all the tannin.
And the heather-clad Pennines landscape,
Where sheep abound
And rare alpine plants can be found.

Invigorating walks lead past cottages built from honey-coloured stone
With pots full of bright red geraniums
and purple petunias cascading down the golden walls.
Where inviting tea-rooms, set amidst old railway tracks,
entice you inside with coffee and cakes to tempt you.
Rich chocolate brownies,
Victoria Sponge,
luxury carrot cake,
and scones with cream and jam.
Then the ultimate temptation –
coffee and walnut cake
And the promise of another walk.

Finding traditional pubs,
One dating back to the 12th century,
Another used as a meeting place in the Jacobite Rebellion,
where once men gathered in shadowy corners to discuss their secrets.
Now the smiling bar-staff greet you with their warm northern accents,
or possibly Polish.
They settle you in the same dark corners
with handwritten menus to inspect
and the daily specials chalked on the blackboard.

Villages and small towns with houses crammed together,
supporting one another down hidden snickets and narrow cobbled lanes,
where secret gardens lie.
Churches within ancient churchyards are open at all times,
Welcoming strangers to view their beautiful stained glass windows, bell towers, carved pulpits and unusual altars,
Or simply to admire the craftsmanship of the homemade pew cushions.
Lovingly stitched by a dwindling congregation.

Finally there’s the coast and the string of castles.
Wide, sandy beaches, river mouths and harbours.
There are tide timetables to consult, so you don’t get cut off.
Micro breweries and Craster kippers to taste,
seals and summer seabird colonies to visit,
There’s no time to waste

There’s a walk to a castle last occupied during the Wars of the Roses,
When the throne of England was hotly contested.
A church cut off from its village by the river changing its course
By a violent storm over two centuries ago.
History is around every corner and in every bloody step
of this ancient border country.

Herons and cormorants and twenty-five white swans
are seen on the River Coquet at Warkworth.
Swifts and finches fly in and out of the barns,
stopping to briefly rest on top of a stone wall beside you,
but not long enough for a photo.
They have things to do.

The call of an owl, the sighting of a hawk,
Dozens of rabbits scurrying around a churchyard at dusk.
A pair of Red Grouse strutting nonchalantly along the lanes
as if they know it’s not the shooting season.
And you sit with your engine idling until they are gone.

And the sky – the big open sky – cumulus clouds, a rainbow over the fells, the zillion stars and the Milky Way.
You want to gaze at it all the time,
Your eyes are drawn upwards,
It draws your breath away.

Driving home in the dusk after a very long day,
you round a final bend and slam on the brakes.
A young deer glides across the road.
It stops, hesitates, turns towards you,
eyes shining in the headlights,
then disappears back into the gloom of the woodland
from where it came.
Serendipity.

When I first wrote about my holiday in the north Pennines and Northumberland it was in words and pictures, but many comments were made about the way the prose was almost poetic. With Cathy’s new blog stimulating creative juices about the way we travel and the different ways we can record it, I was driven to see if I could write an actual poem based on the words I used then. Mostly the same, with some additions and alternatives and of course, no photos. Am I insane to think I can write poetry? I hope you will honestly tell me in the comments below.