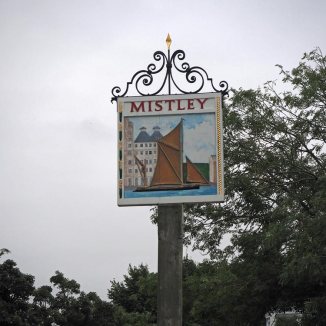 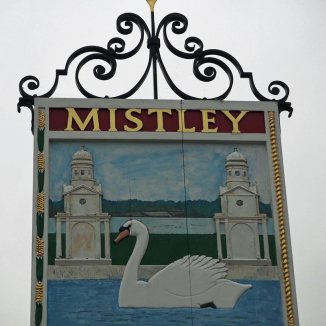 Our first stop on the recent trip up the east coast of Britain was in a little place called Mistley which is situated on the River Stour in Essex. You may have heard of Manningtree which is a little further up the river as it is the smallest town in England. Mistley’s use as a port can be traced back to the Roman occupation with archaeological evidence indicating that a Roman road connected its riverside to the important garrison town of Colchester (Camulodunum).

Both Manningtree and Mistley are attractive towns with Georgian and Victorian architecture. Manningtree was a centre for cloth in Tudor times with barges transporting it to London and it is believed that the reference to Falstaff in Shakespeare’s Henry IV as “that roasted Manningtree Ox” relates to the practice of roasting a whole ox at the town’s medieval annual fair.

Mistley is also the village where Matthew Hopkins lived – the notorious Witch Finder General, who struck terror into the local community during the 17th Century.  END_OF_DOCUMENT_TOKEN_TO_BE_REPLACED