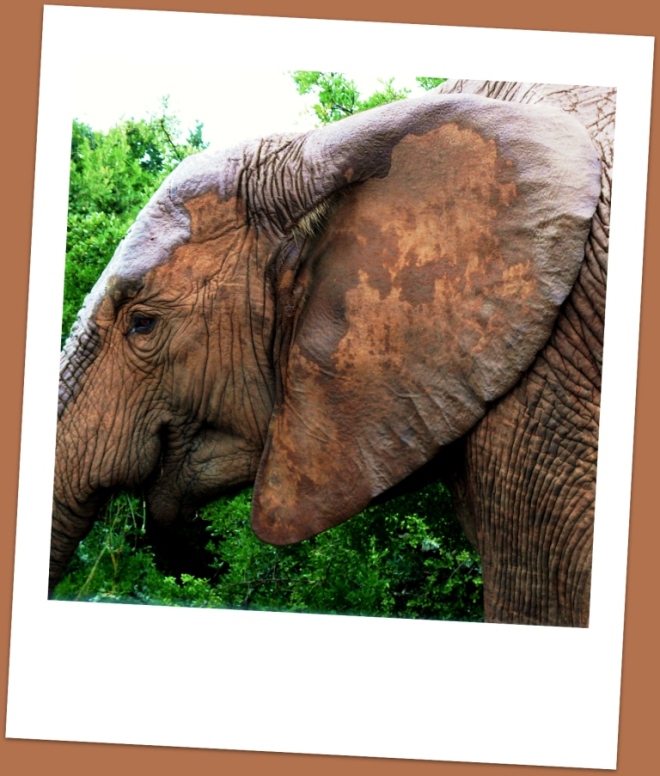 This week Paula has five more words to choose from. Any or all. Your choice

Mine is frontal  / facade of this beautiful modernist architecture in Barcelona. Exquisite stained-glass, decorative tiles, shaped panels and the nature inspired wrought-ironwork of the balconies. 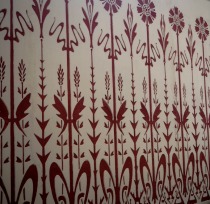 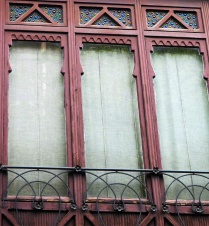 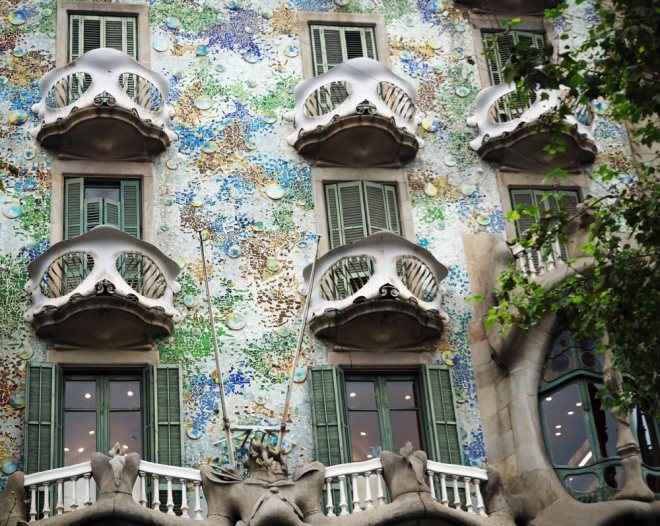 Paula (Lost in Translation) has developed a liking for the unfocused in photography. I must confess that this is something that I didn’t like myself several years ago, but like her I have become attracted to blurred backgrounds, bokeh, tilt and shift experimentation and creating movement. 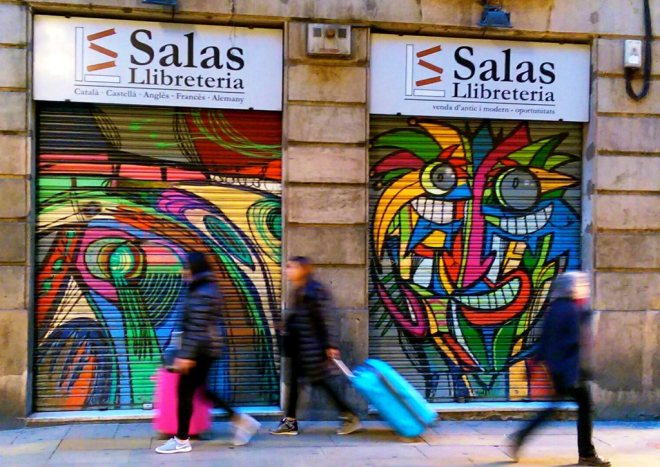 This was an accidental photo – I was going for the vibrancy of the artwork on the security shutters of this shop in Barcelona. A couple of years ago I would have binned this shot, but now I love the movement of the passers-by and especially the pink and blue suitcases that match colours in the painting. Hope you love them too! 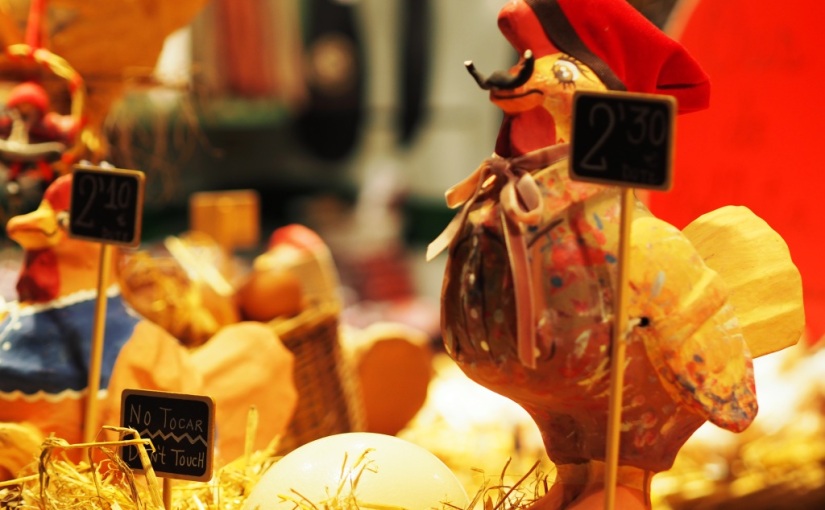 Wholesome:
conducive to or suggestive of good health and physical well-being. 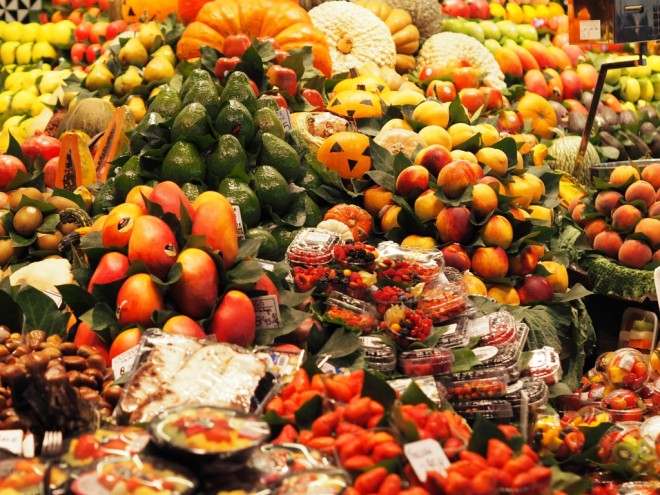 The Mercat de Sant Josep de la Boqueria, often simply referred to as La Boqueria [ɫa bɔkəˈɾiə] is a large public market in the Ciutat Vella district of Barcelona, Catalonia, Spain and one of the city’s foremost tourist landmarks, with an entrance from La Rambla. It is full of wholesome foodstuffs (and some not so wholesome) 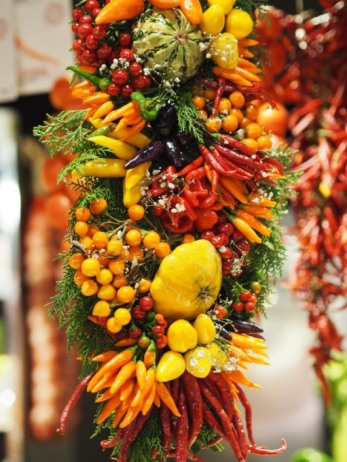 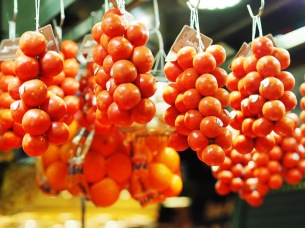