I’m often up after midnight, though I have recently tried to train myself into going to bed earlier and getting up earlier. But last week I needed to stay up and try to get some night shots for the project. It is very quiet around the medieval streets of Ludlow, especially in the area I live as there are no public houses close by. Not even the hoot of an owl or the bark of a fox.

I thought I’d have a go at photographing the night sky, though unfortunately there are some distracting yellow street-lights which I find totally useless for lighting your way home. I got out the tripod that I never use and a compact Panasonic with a ‘starry sky’ scene mode to play about with and went into the courtyard to give it a go.

Standing out there shortly after midnight I discovered I was not alone. A lady walking her dog went by, giving me a funny look, then an open-top convertible drove up the narrow street behind me, blasting headlights all over the scene, one lady driver; it was a very warm night. And shortly after that a police van came up the same road and turned the wrong way into the one-way street.  And a helicopter was hovering nearby, though I couldn’t see it.

Anyway, the photos: although a very starry sky and no moon my captures were pathetic to say the least (above). So I played around with the software to see what happened. 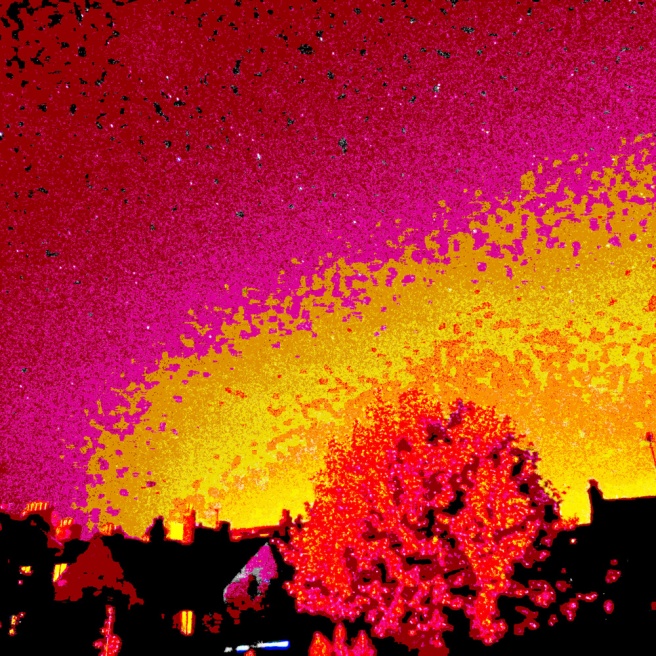 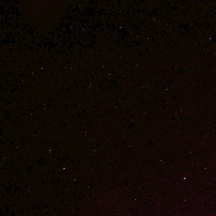 Lisa of the blog NorthWest Frame of Mind has decided to run a different project over the next 24 weeks. To try to show what is happening in different parts of the world (if you all join in) at a particular time of day. If you would like to participate you have until next Saturday midnight to post a photo or write about what is happening in your part of the world.   This week is between 24:00 – 01:00.  I hope you’ll join in! See links for more details.