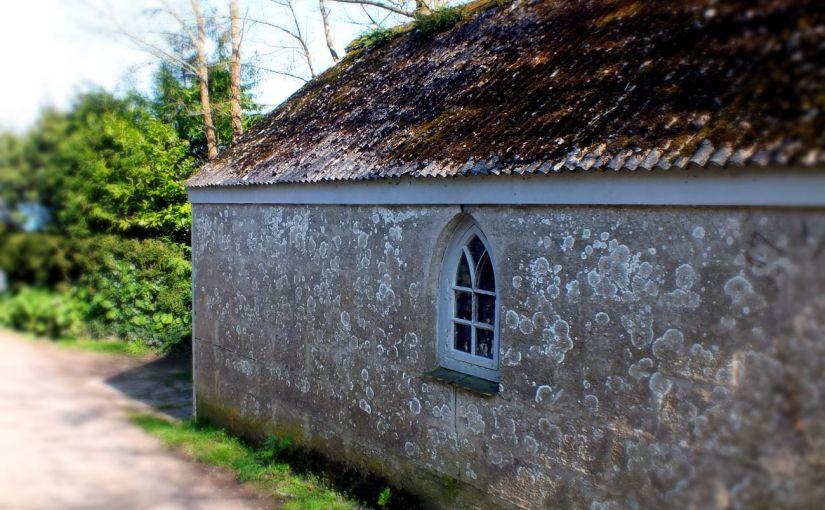 A while ago I posted a photo of lichens. The yolk-yellow ones Caloplaca marina you find at the coast on rocks and walls and roofs of houses. My camera was drawn to the patterns and the textures and the way that no two are identical. I then noticed other lichens including the grey/olive-green ones growing on the sides of trees (which tell you that this is north-facing – as they prefer darker conditions, although if you live in the southern hemisphere this would be south-facing, and if you are in a rain-forest it won’t make any difference… OK, enough, I’ll let you find out about them yourselves if you are interested and it is probably safer to carry a compass than to rely on lichens in a forest if you get lost) 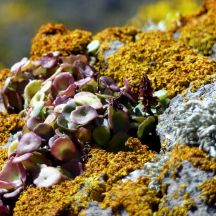 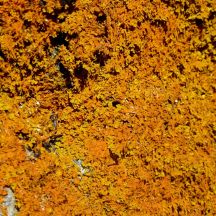 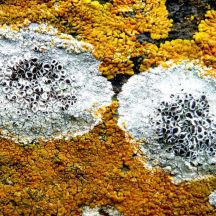 Suffice to say that lichens are living organisms and there are several types. The yolk-yellow crusty ones are crustose, and some are crustose placodioid as the pattern spreads out from the centre like those blue-grey ones; those on trees tend to be foliose or fruticose, the latter being like a mini shrub. And then you get the dusty powder sort that you find on rocks which is called leprose lichen. 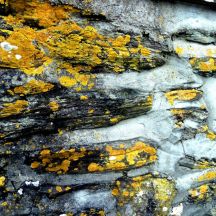 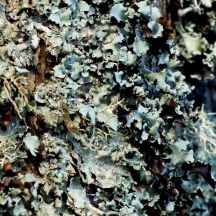 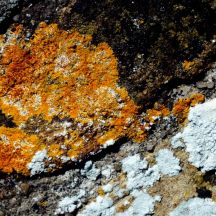 Apparently there are 20,000 known species of lichens. Fascinating!