This month Becky (the Queen of Squares) has challenged us to find lines. In Squares naturally. That is the only proper ‘rule’. I have been dipping into the archives for this one, as well as finding local lines. 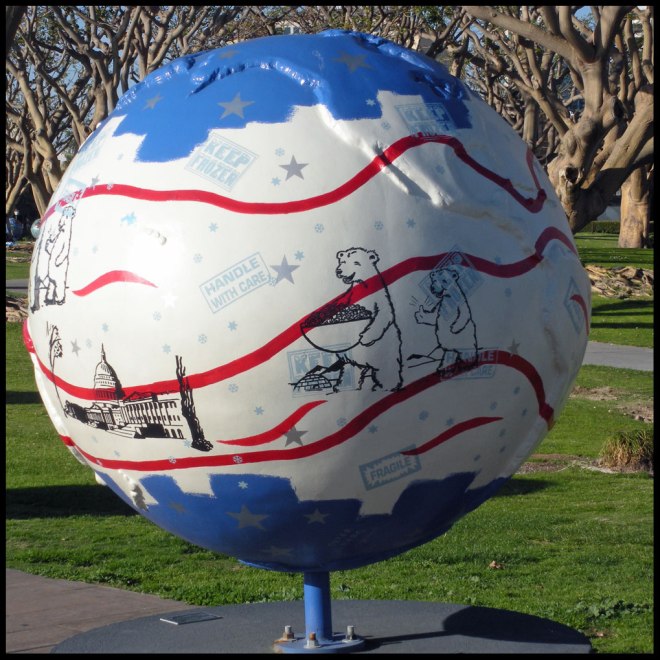 In partnership with the Natural History Museum, the Cool Globes San Diego exhibit was displayed in and around Balboa Park, the San Diego Port, Seaport Village and the Embarcadero Marina Park from October 2008-March 2009.  Various artists created globes about Climate Change.

Combining found objects with images from popular media, Mars painted his globe to tell the poignant story of the creatures most affected by global warming: the polar bears. The patriotic globe shows a concerned father polar bear visiting the U.S. Capitol to try and convince senators and representatives to help him save the rapidly receding polar ice.