The six visual keys to a great photograph are:

If you are a person who likes to photograph landscapes you would want everything from near to far to be in focus. This is known as a deep depth of field.

Please read the first assignment in this month’s topic for slightly more technical information and how to control the depth of field.

This was a tricky one. I am not taking many photos at all at the moment except around my garden where I take lots of photos to record what is growing each week. Thinking of a specific location where I might be able to limit myself to 12 photos was difficult. I didn’t want to go somewhere for the first time as I knew that would be impossible. Eventually I decided on the George V Memorial Walk. A place I visit often (though not as often this year) and fairly recently too. There was one specific plant I wanted to check on after a discussion with Susan (of Sussurus) about Cornus trees (flowering dogwoods). I was hopeful that one I knew growing in this garden would be about to flower. 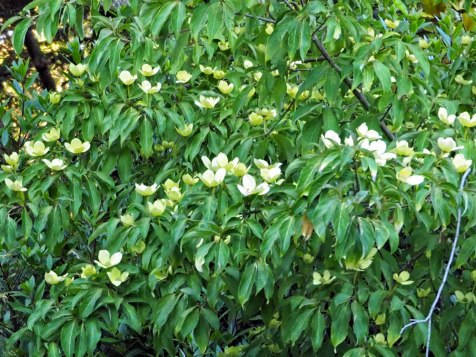 I located the tree easily, but then couldn’t decide on the best way to photograph it. The light was poor (it was early evening and this was in shadow) and the flowers were too high up for me to get a good close-up, so I had to rely on my zoom. I moved around as much as was possible, but after five shots decided I couldn’t waste any more.

Nearby I noticed some Bottlebrush (Callestemons) were in flower so had to have a few shots with those. The yellow ones (which look white here) were more difficult to shoot in the light and also there were several damaged ones so after three shots I stopped.

OK. So now only three shots left. I walked the entire length of the walk looking for something unusual and which I hadn’t photographed on my earlier visit. Evening Primrose caught my eye, but I couldn’t frame them decently. And then I saw the in flower. . It has the most astonishingly tall flower spike and I had to get right underneath it to shoot my final photo – a close up of the flower.

(After a lot of searching I finally discovered that this plant is Furcraea longaeva which has pale blue-green sword-shaped leaves which grow upwards, like a yucca. Mature plants bear enormous white flower spikes in summer, which sometimes reach heights of more than three metres. Each individual flower on the spike develops into a tiny baby plant, which drops off the stem to root into the soil, while the parent plant eventually dies.)

I just had to hope that I had got the lighting right! Once uploaded to the computer I could see that this probably hadn’t been the best time of day for these shots, given that the flowers were mainly in shade and my focus wasn’t as sharp as I would like it to be. I used my 14mm-42mm lens so close-ups weren’t that close and I wasn’t able to zoom in very far. Knowing I had restricted myself to only 12 shots did make me think about how I wanted to capture the image though to be honest I could have easily taken 12 shots of each plant!

What I can conclude from this experiment is that digital photography has definitely changed my life and the way I shoot, and I wouldn’t want to go back to using film. How did I travel for four weeks through Africa in 2000 and only use six films of 36 exposures? And not know how good any of those shots were until long after the event had passed.

If you would like to join in with the 2020 photo challenge then please take a look at my 2020 Photo Challenge page. No complicated rules, just a camera required 🙂

Well, we are half way through this challenge and it has been quite the most peculiar time. I had hoped to do some travelling this year and use the challenge to improve my creativity, but unfortunately I have had to resort to the archives on many occasions. I thank all of you who have stuck with me and who have participated in this month’s assignments, especially the more tricky ones! Please use the links in my comments to visit other blogs and leave a comment there.