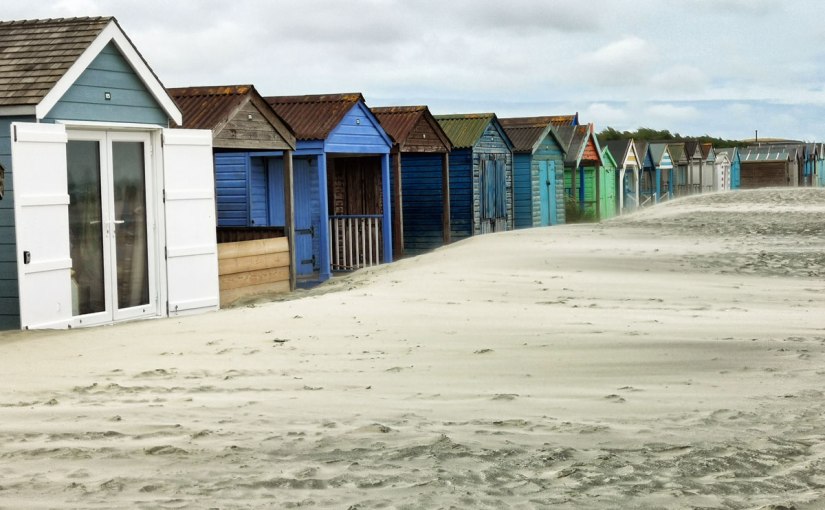 I have a bit of a thing about beach huts. I remember seeing them at the seaside near Mablethorpe when I was a little girl and wishing we had one in which to change into our swimming costumes or get dressed out of the wind and somewhere to boil the kettle for a cuppa. I envied people who had one.

And then when I lived in Cape Town in South Africa there were clusters of brightly coloured ones on the False Bay beach which provided shelter from the wind as it blew in every afternoon. They are an icon now and even used in fashion shoots.

But these particular beach huts are located in West Wittering, West Sussex. I was there last week, but not in the 34° heat of Thursday and Friday. No, my visit was on the very blustery and cooler Saturday. We set off in the pouring rain, but according to the weather app it was supposed to clear at 11 am. 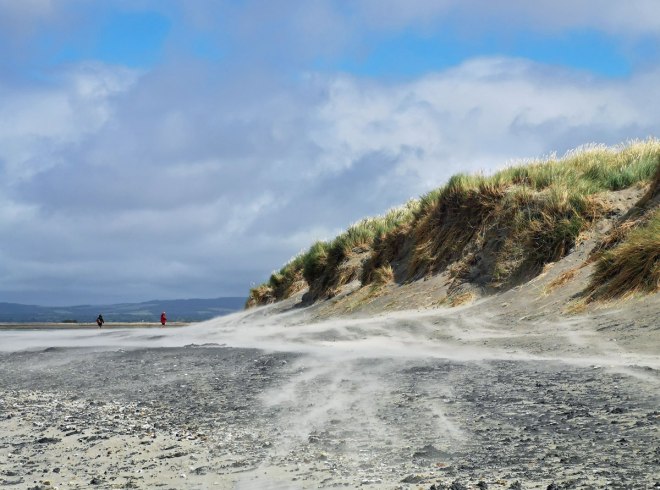 We arrived in the pre-booked and pre-paid for car park at 10:56 just as the clouds broke and the rain stopped. 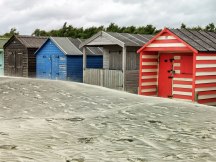 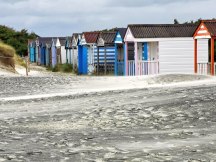 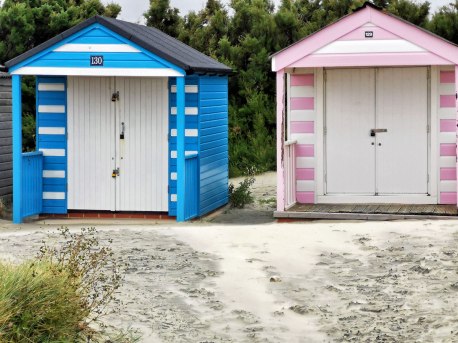 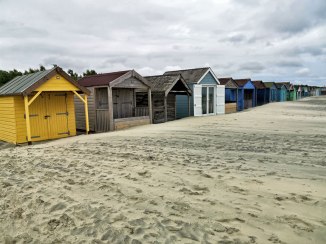 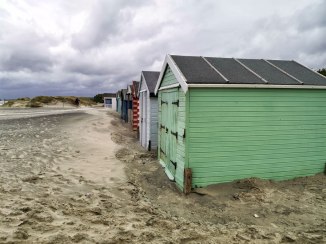 But is was very windy. Look carefully at these images and you might just be able to see how much the sand is blowing around. And how likely it is that some of these huts will be buried if someone doesn’t get a digger out soon!

Despite the wind my granddaughters went for a dip in the rough waves. And we all went for a walk around the headland, though it was hard going at times. And cutting through the dunes and along the boardwalk we were rewarded by seeing lovely coastal flowers. 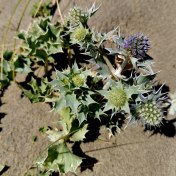 Marram Grass in the dunes

I was still crunching on sand two days later.

64 thoughts on “i love beach huts”