On the 1st October 2015 I was raving about my new macro lens which I took on a walk to a nearby broadleaved woodland down by the River Teme in Ludlow. One of my favourite places to walk when I lived in the town.

A fellow blogger and friend has been posting some images of spring in Australia including close-ups of moss starting to sprout. It prompted me to take my new macro lens down to the river where I knew moss grows abound and where I had seen some tiny fungi growing just the other day. Unfortunately it was quite dark by the river (it is flanked by a high cliff and trees on the one side) and moss isn’t as attractive in its latter stages, but I did find the fungi and a few interesting little things to photo. They are not the sharpest of images, but as I have mentioned over on the flower blog where you will find more macro images, I am happy to record my journey with the new camera with the hope that as time goes on I will improve!

We will start with this quite small leaf covered with tiny hairs on which there were beads of moisture – from the early morning fog I imagine. 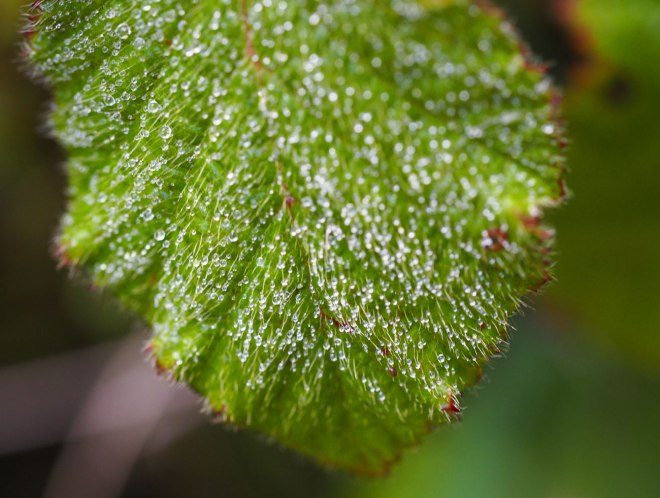 Next a look at some fungi – note that the puff ball ones are actually very, very small, probably the size of the nail on my little finger. 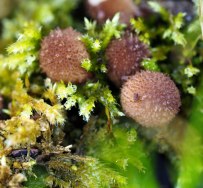 Then some moss – again with the droplets – ferns and a couple of flowers. I had not realised until now how much the spores on a fern look like tiny eggs. 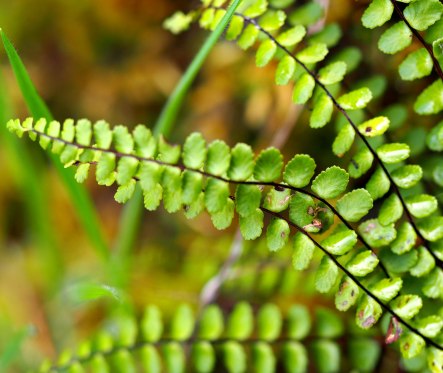 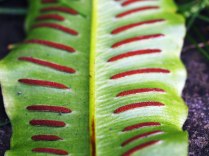 And finally one insect (there was a spider too but the quality of that shot is far too embarrassing to post here) a bright red-brown fly. If you click on him to enlarge the image you will see the hairs on his back. 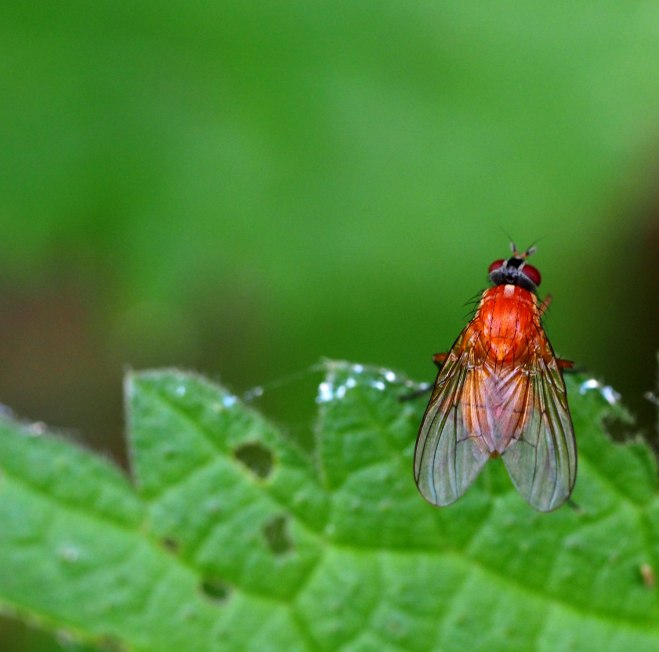