I have still got a few posts left in me about my travels at the end of last year – feels odd writing that as I haven’t yet acclimatised to being back in the UK. I keep expecting to see my grandson having breakfast, or being able to go for a walk along a beach. Sigh!

One reason for visiting New Zealand was to meet my son’s partner’s family and in particular, her parents who live in the delightful surfing town of Raglan on the black sands of the west coast of the South Island, about 2 hours south of Auckland. This is the Waikato region; a landscape formed by volcanoes creating a lush, fertile green pastoral heaven. It is no wonder that Peter Jackson picked this region for the home of the Hobbits (Matamata).

Raglan is overlooked by Mount Karioi in the Pirongia forest park, an extinct volcano. Although it would have been amazing to trek into the forest and among the Podocarps, such as rimu and totara which are found at lower altitudes, along with tawa and tree-ferns, the weather was against us, being too wet a lot of the time. I did manage a short walk along Hills Road, where the ‘in-laws’ live, with views towards Mount Karioi and Whaingaroa Harbour. Join me on this walk and enjoy the wonderful views all around in this picturesque part of the country. 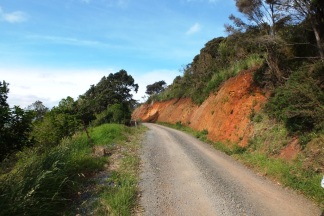 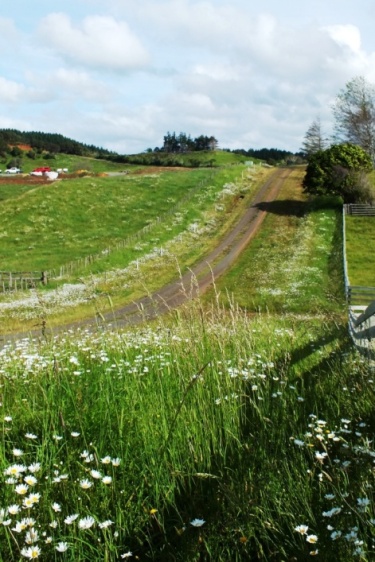 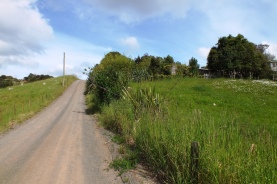 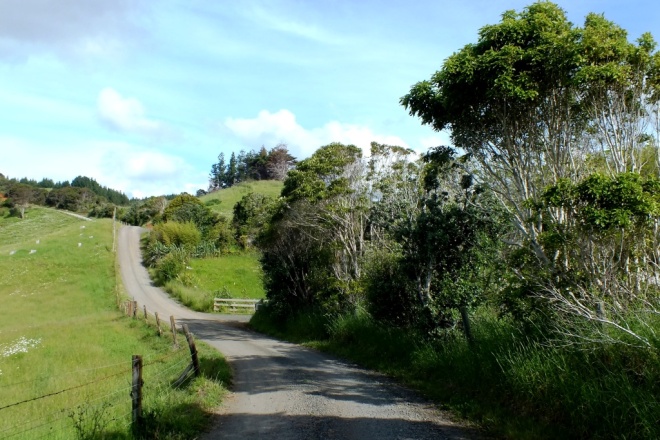 If you enjoy a walk, short or long, then you may enjoy visiting Jo’s Monday Walk where you are in for a treat
.

Thanks to all my followers and virtual blogging friends for visiting my blog this year and liking and/or commenting so often. It has been a delight to get to know you and visit your blogs and I have enjoyed your company. It is this community spirit that makes blogging so worth while and I hope to see many of you in the New Year 🙂

I was lucky enough to meet two blogging friends this year in Australia which was so exciting! Thank you M-R for your delightful and interesting company and the lunch/brunch and thank you dear Meg for your hospitality in the south.  A most enchanting region and one I hope to return to some day. It felt as though I was meeting up with old (OK less of the old) friends.

I shall leave you this year with a collage of some of my favourite photos from New Zealand, a country I have wanted to visit for a very long time and finally did! And of course, my youngest grandson, Lorenzo, who was my raison d’être for visiting the Antipodes.

Happy New Year everyone, wishing you many happy, safe travels in 2015!

Auckland is the largest city in New Zealand with a population of 1.4 million and the greatest concentration of Polynesians in the Pacific. It is known as the ‘City of Sails’ and it is thought that 1 in 3 people own some form of watercraft. 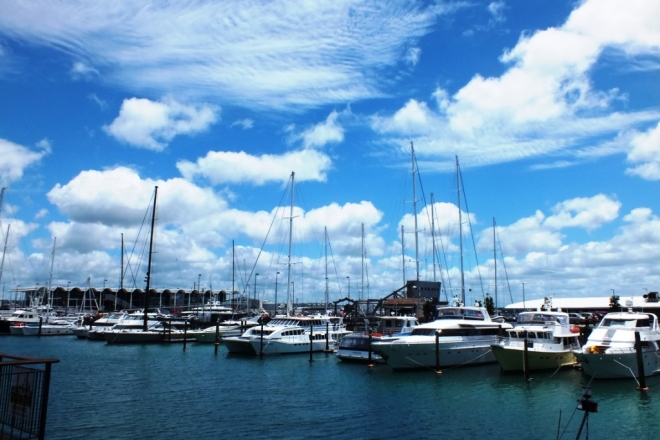 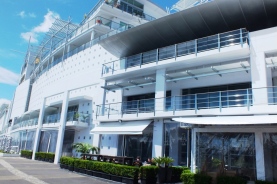 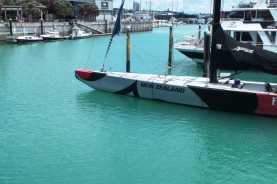 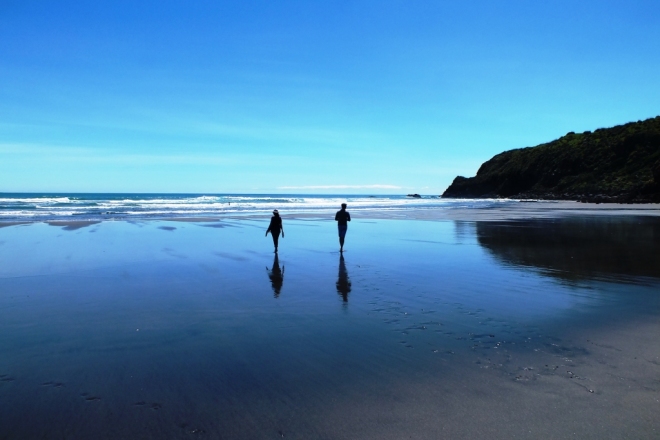 Ruapuke Beach is reached via a winding dirt-road that snakes its way through native New Zealand bush and lush green rolling hills beneath the foothills of Mount Karioi, an extinct volcano that watches over the town of Raglan.

The black volcanic sand is so hot that when the waves come in steam rises! Surfers ride the waves. the only ones we have seen along the coast today. Rock pools are a rich source of photographic inspiration; tiny crabs scurrying one way then another in the shallow pools, a red crab hiding under a rock, green and shiny mussels, black barnacles, starfish waiting for the tide to turn, shiny seaweed drying on the rocks. Black sand. 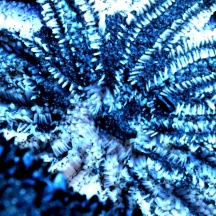 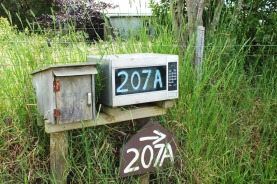 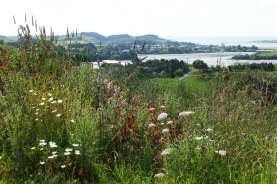 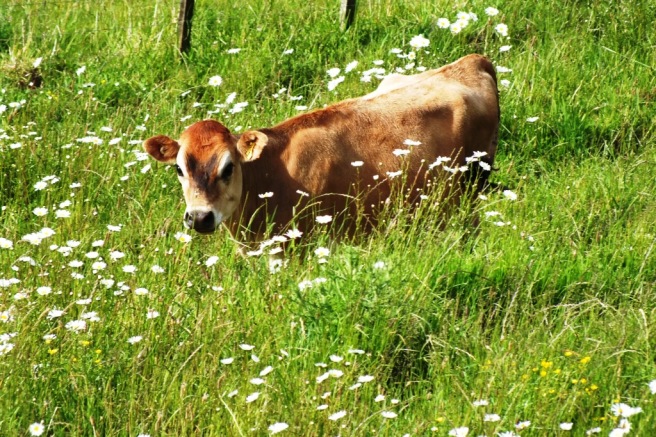 Waikato is dairy country. The green rolling hills are home to cattle and wild flowers. And views.

Raglan is home to many artists who produce original art, carvings, jewellery and other handicrafts. Shopping here can be an expensive pastime! 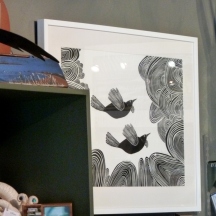 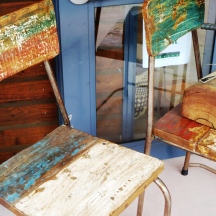 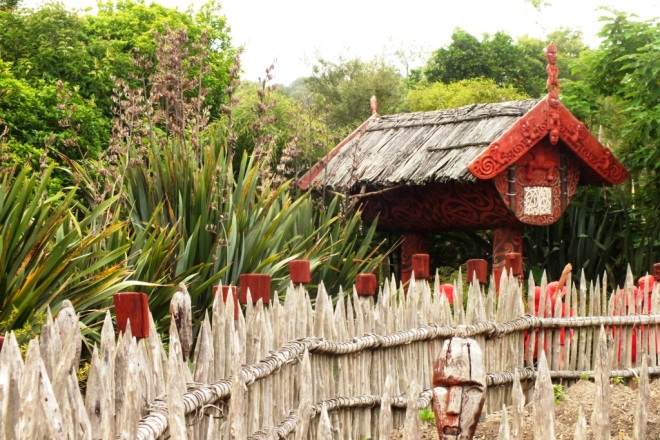 In pre-European times there were many gardens on the banks of the Waikato River. Te Parapara takes its name from a pa that was located on the site of Hamilton Gardens. This garden illustrates Maori horticultural traditions and technologies. 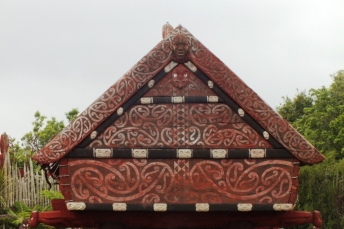 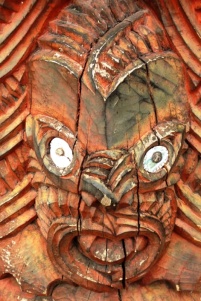 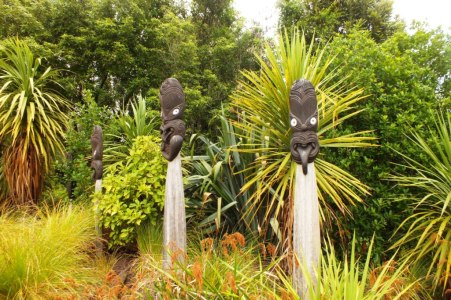 This brings me to the end of my New Zealand adventures. I have only seen a tiny portion of these amazing islands, but what I have seen has impressed me. A lot. I will be back… 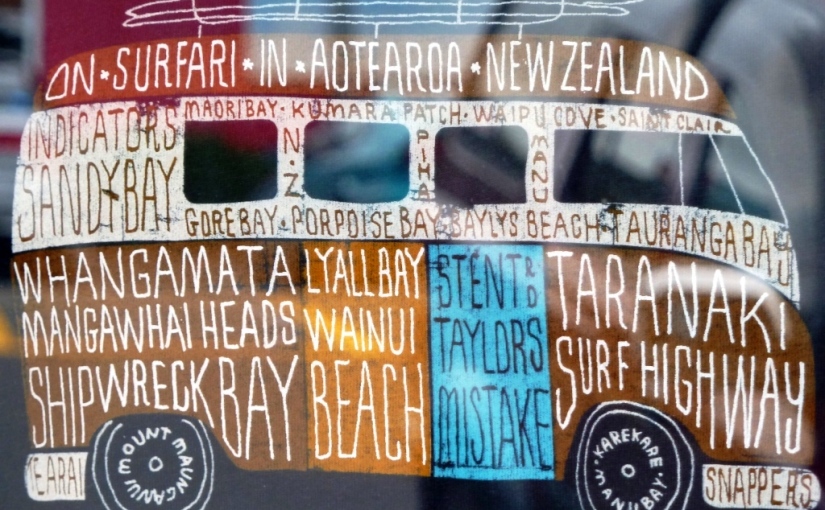 A new week, a new country and a totally new destination for me. For 10 days I will be in the ‘Land of the Long White Cloud’, and several smaller rounder ones. Staying near my son’s partner’s parents in the Waikato home to some of New Zealand’s most stunning landscapes. I may get to explore a little further, but I’m actually quite content to soak in the views from where we are staying and chill out with my new grandson. 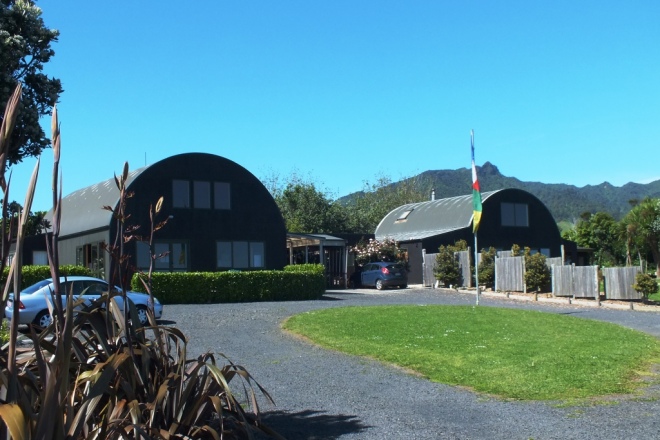 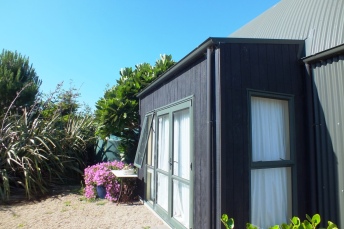 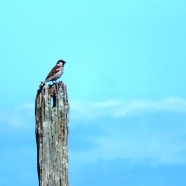 We are staying high above Ngarunui (Ocean) Beach. Located 5km west of town this wide expanse of black sand beach lends itself to lazy beach walks and picnics in the sand. It’s also a popular spot for surfing, bodyboarding and swimming. 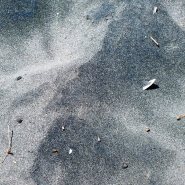 What transfixes me the most is the colour of the water – a cloudy, milky turquoise, possibly because of the black sand, which is the finest powder sand I have come across and glitters in the sun.

Raglan is a small surfer town on the coast and boasts the world-famous surf break Manu Bay. The long, peeling left-hand break, said to offer one of the longest rides in the world, featured in the 1966 surfing film Endless Summer. Situated on the West Coast of New Zealand’s North Island, just a 45-minute drive west of Hamilton or a two-hour drive south of Auckland, Raglan  offers stunning scenery, beautiful beaches, inspiring arts or simply a good old cup of coffee. 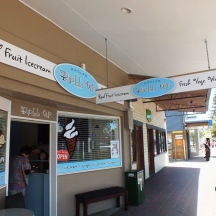 Aqua Water in the Harbour

You may have eaten Kiwi fruit,  but these are golden kiwi fruit and taste SO much better. Sweeter and without that odd chemical reaction that I and many others have when eating the green fruit. I am becoming addicted!

The pohutukawa tree (Metrosideros excelsa) with its crimson flower has become an established part of the New Zealand Christmas tradition. This iconic Kiwi Christmas tree, which often features on greeting cards and in poems and songs, has become an important symbol for New Zealanders at home and abroad. It is just about to flower so I hope to capture some good shots of trees in full bloom before I leave.