The Elevador de Santa Glória is a tram that departs from Praca dos Restauradores and in a few minutes it takes you up a very steep alley. It has been a service since 1885 and has been powered by electricity since 1915. The journey is only 200 meters but it is always crowded with tourists and locals who want to spare themselves the trouble of climbing on foot. Worth taking a short ride on this funicular up to a beautiful look-out point the Miradouro (viewpoint) de São Pedro de Alcantara, the best known and most visited viewpoint of Bairro Alto from where one has a panoramic view of downtown Lisbon and across to the castle. 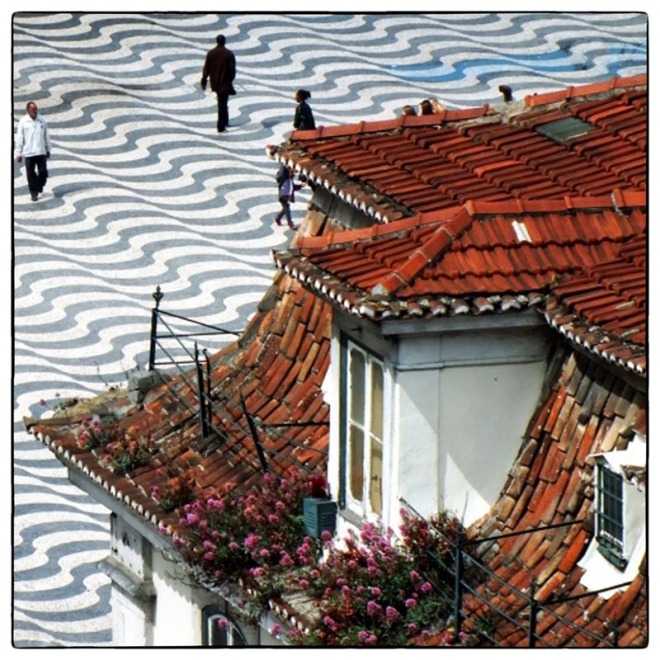 A scene I am sure Becky will have seen for herself – this photo was taken from the viewing platform at the top of the Santa Justa Lift (Portuguese: Elevador de Santa Justa) in Lisbon. With a view over that amazing wave pattern in Rossio Square. Cropped and zoomed in to show the magnificent terracotta tiles. 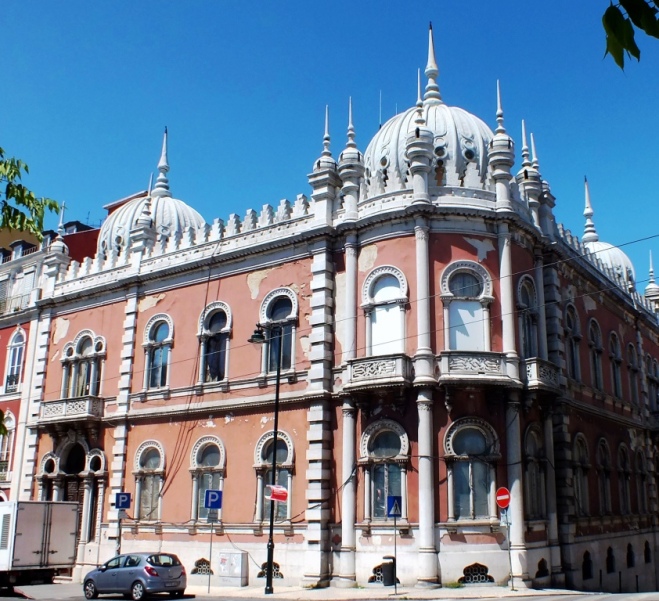 dating from 1877, now housing a university department. This once beautiful building, now somewhat dilapidated, is close to the Parque Príncipe (Prince) Real, near Bairro Alto which is a wonderful park though a little tired at the time of my visit in 2012, as indeed much of Lisbon was. 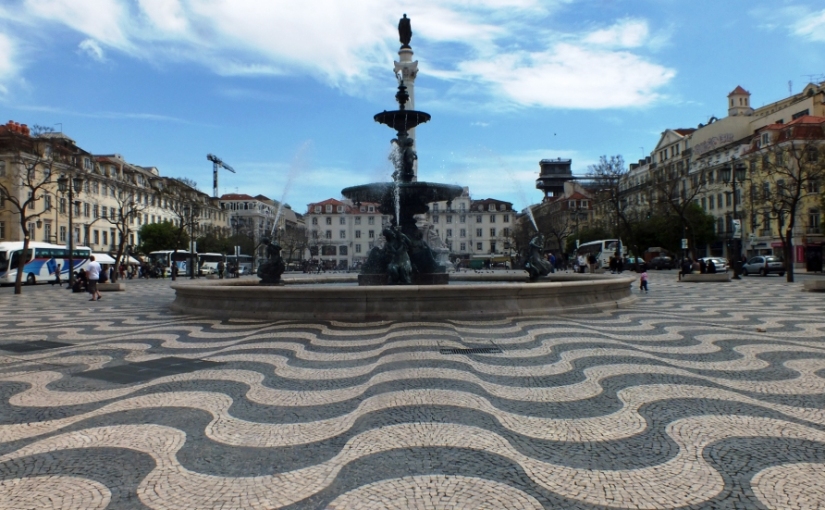 A city where it is impossible not to look at what is beneath your feet is Lisbon, Portugal. The endless intricate patterns of the cream and black cobbles automatically draw your eyes down. Known as  calçada (Portuguese Pavements) some, like the wave pattern above and below in Praca Dom Pedro IV Square (Rossio), can even interfere with your balance and make people look as though they are floating above the pavement. 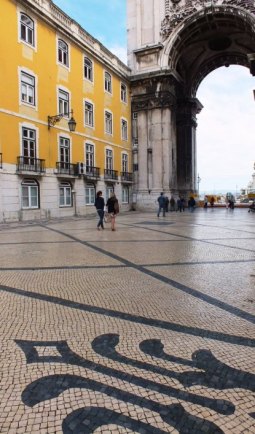 Arch to Praca do Comércio 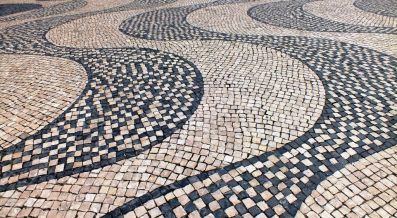 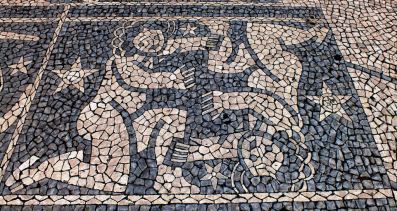 In Belém coloured marble is used with the flat cobbles to create patterns and pictures including a map of the world depicting the voyages that Portuguese explorers made during the Age of Discovery. 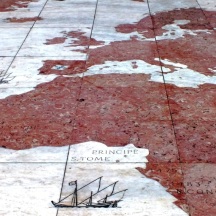 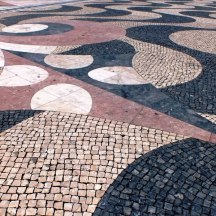 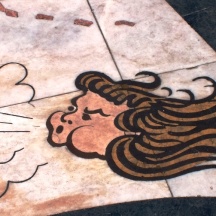 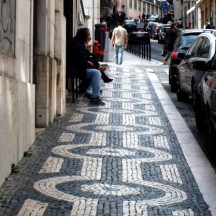 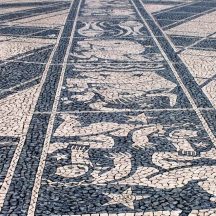 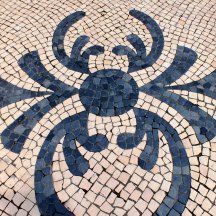 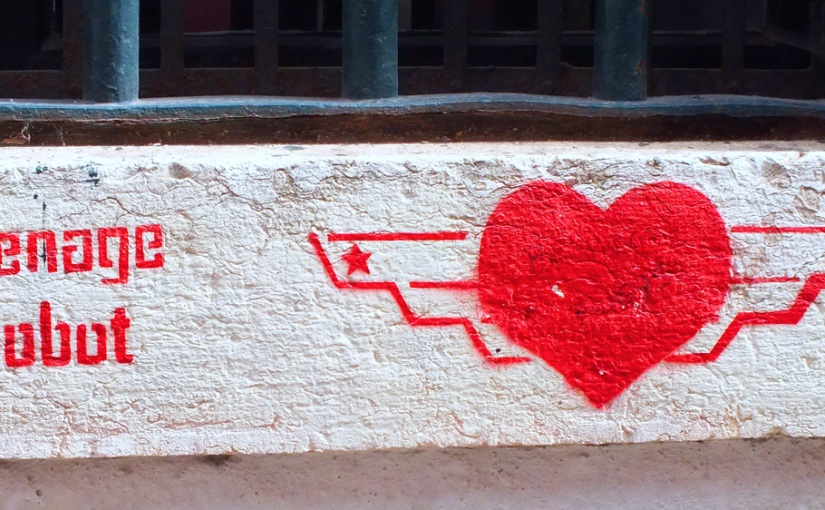 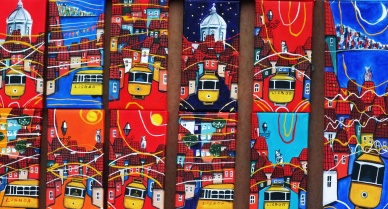 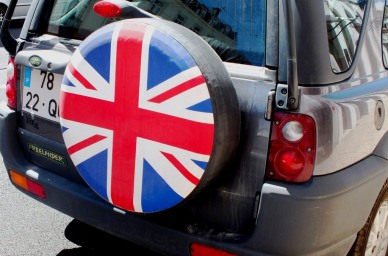 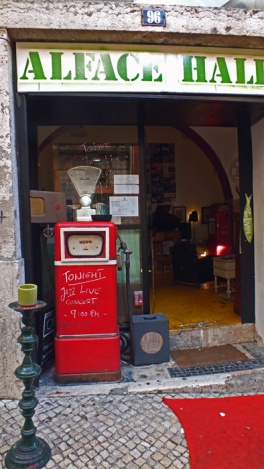 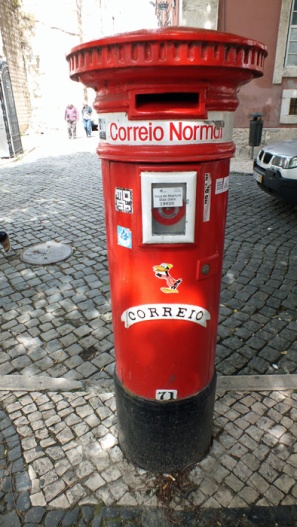 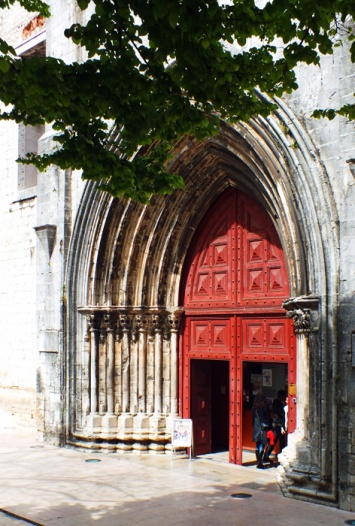 How can I resist a RED challenge?

These images are all from Lisbon.