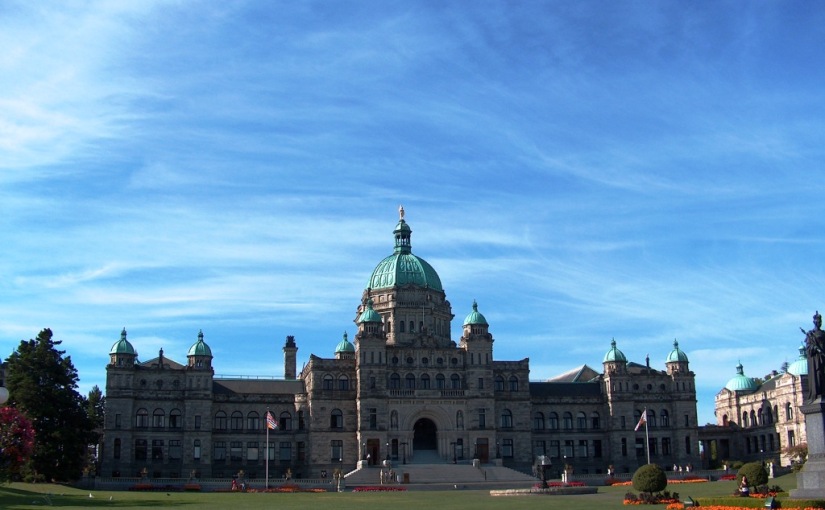 The following day we were passing by the legislative building and thought we’d pop inside to have a look; we were just in time to attach ourselves onto a free tour (every hour) and learn something about the history and government of BC.

The tour is worth doing (but probably better if not accompanied by a toddler who was with his rather indulgent father who allowed the kid to run around and make a lot of noise – I don’t think I was the only one getting hot under the collar and it is a shame that the guide didn’t have a quiet word with him) if only to get a look at the beautiful decoration inside the building. It was designed by Francis Rattenbury, then aged only 25 and fresh from England who, in 1892, blagged his way into winning his first major commission.

The style of the buildings mixes Renaissance and Romanesque and is used to show off natural materials from B.C. It contains two stunning stained glass windows – one commissioned for Queen Victoria’s Diamond Jubilee in 1897 and the other is the Golden Jubilee window for Queen Elizabeth II in 2002.

British Columbia’s Coat of Arms contains elements of their colonial past and natural splendour. The crowned lion standing on top of the crown represents HM Queen Elizabeth II’s Royal crest.

On the shield, the blue stripes represent the Pacific Ocean while the white stripes represent the snow on the Rocky Mountains. The setting sun indicates that B.C. is the westernmost province. The elk on the left represents the former Colony of Vancouver Island, while the big horned mountain sheep on the right represents the former Colony of British Columbia. The garland around the lion’s neck and at the bottom of the coat of arms is dogwood – B.C.’s provincial flower. 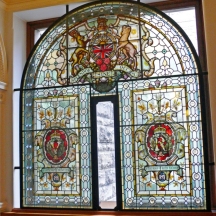 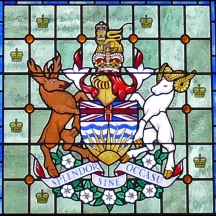