Its plump round body, long slim tail, large black eyes and spindly legs on which it hops and bobs whilst feeding, the robin is one of our best known birds.

Known as ‘the gardener’s friend’ this little chap likes to follow the digging spade feeding on the unearthed bugs, snails and worms. A member of the thrush family the European Robin (Erithacus rubecula) with its famous bright-red breast is also known for its all-year-round song. 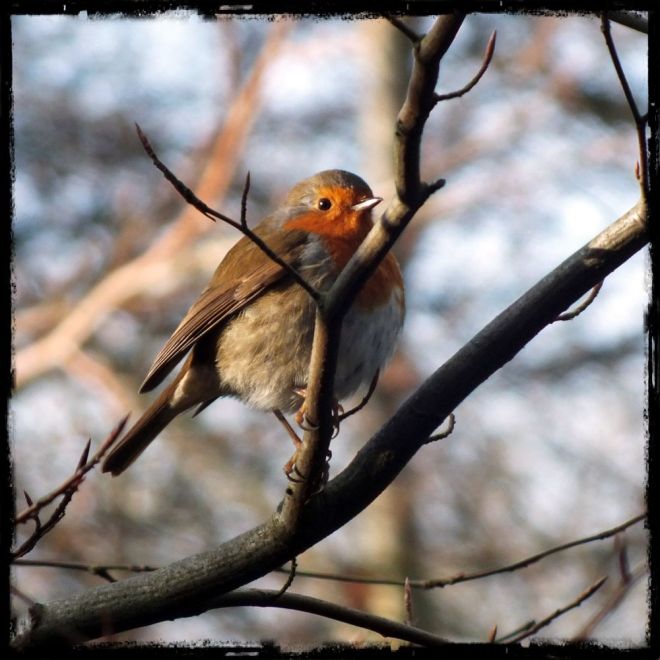 Woodlands, parks and hedgerows will provide opportunities to see one of these charming birds and if you want to encourage them into the garden then put out live mealworms – their favourite snack!

(This post is for my eldest son as he turns 40 on 06 February in Sydney, Australia. He is actually called Rohan, but on the telegram sent to my parents in England from South Africa where he was born it said ‘Roban’ – my parents thought there was a spelling mistake and called him Robin! So Happy Birthday Rohan/Robin xx)