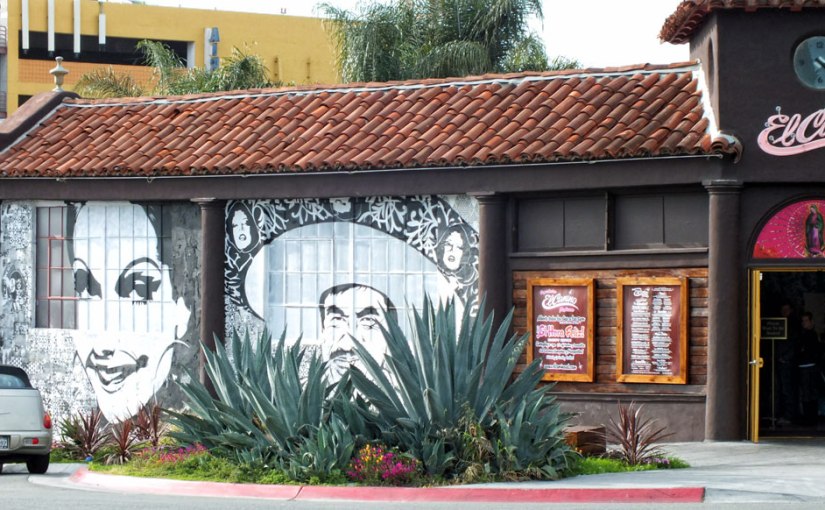 One great thing about Little Italy, is the abundance of public art displays . Walking around the district you can’t help stopping to look at and photograph the walls. There are several very interesting street murals including this one which can be found on the corner of Juniper and India, and was created by Dawn Morrison Wagner, a chalk artist. 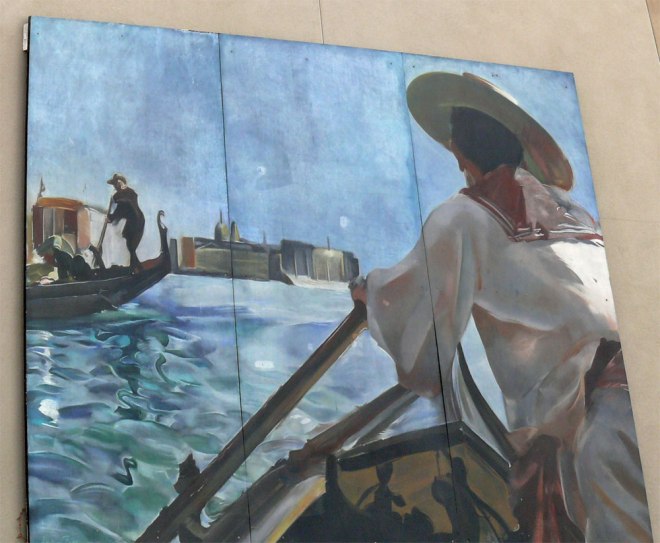 A mural high on a wall depicts Venetian Gondoliers. 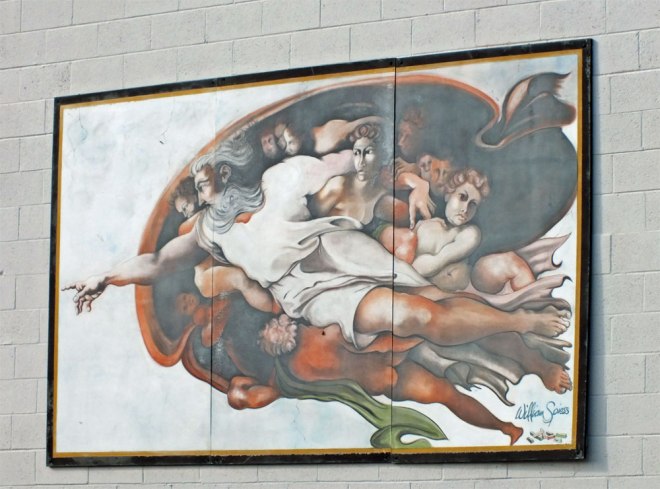 Fragment of the Sistine Chapel on a building wall. 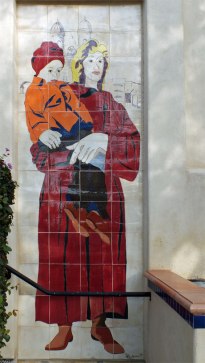 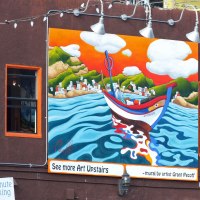 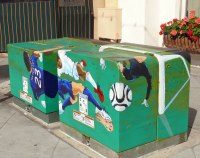 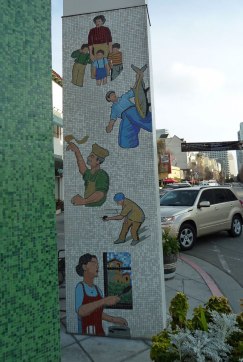 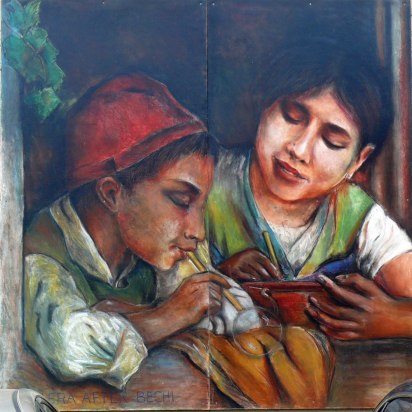 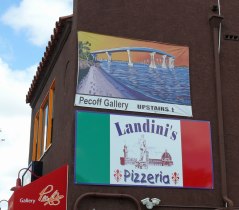 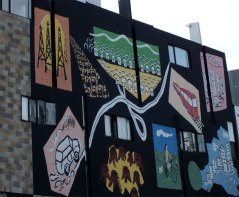 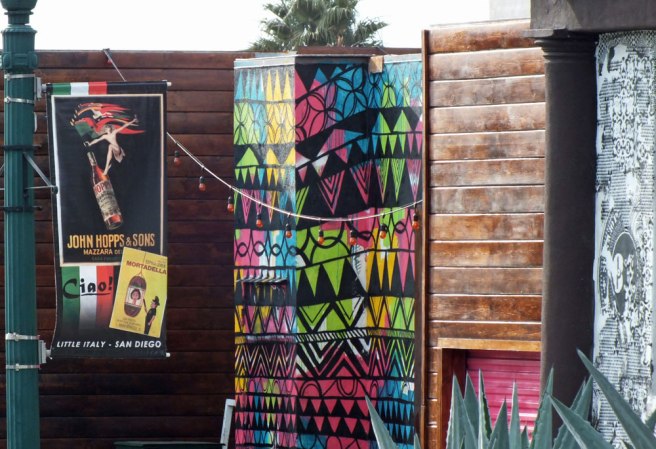 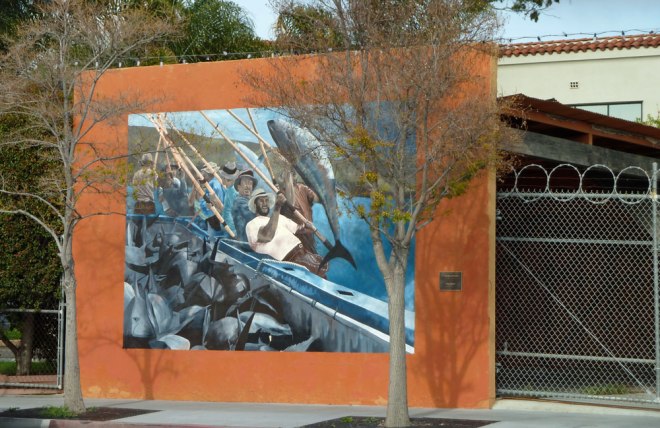 Mural titled I Pescatori by artist Renee Garcia, 2003. Depicts tuna fishermen who lived in Little Italy (many were Italian immigrants) fishing off the coast of San Diego. 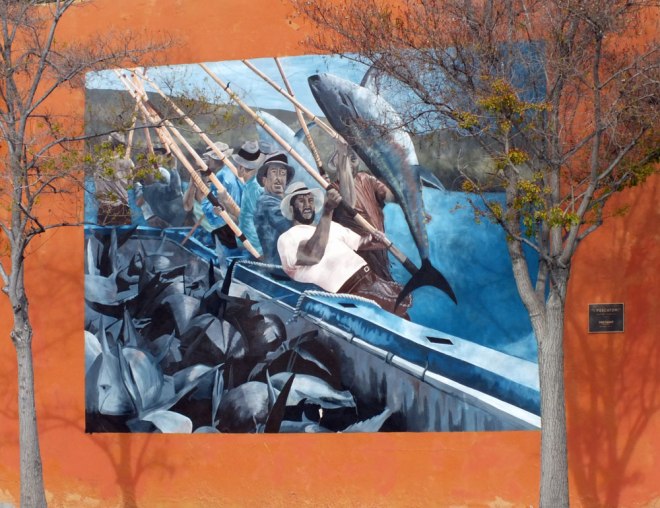 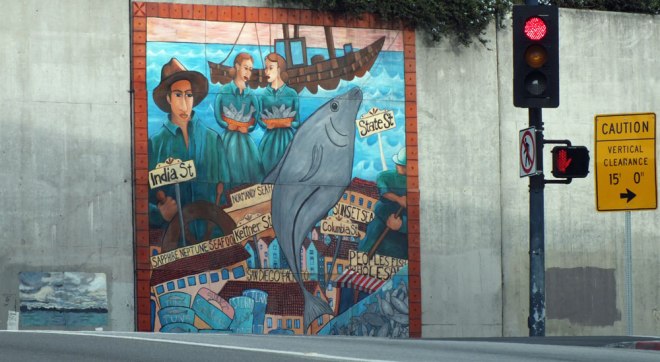 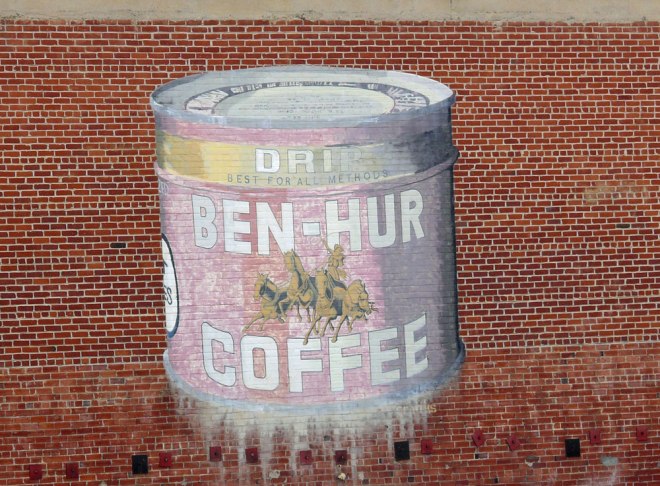 Ben-Hur Coffee. A cool old advertisement on the side of an old brick building. 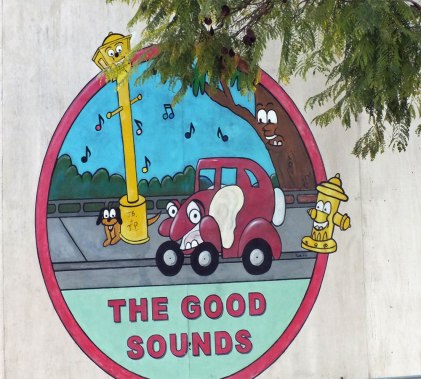 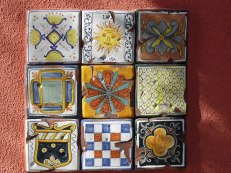 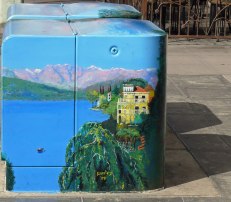 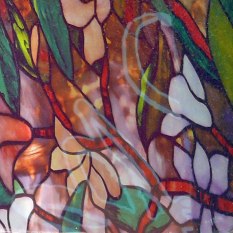 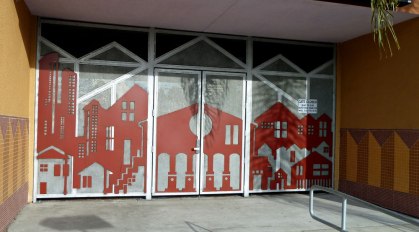 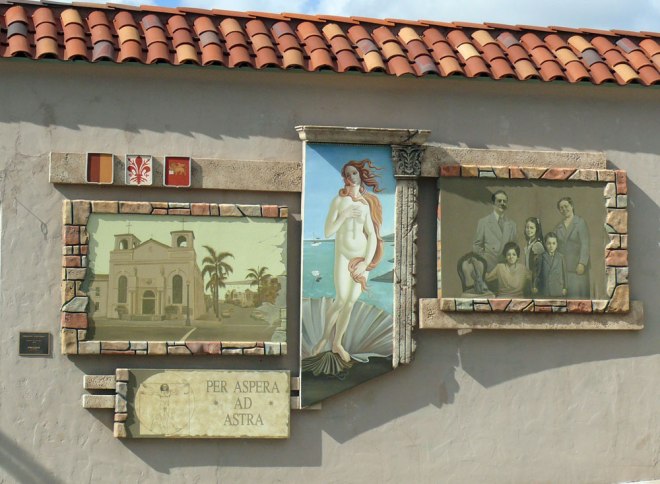 Several murals that together are titled “Eredita Italiana” by Yakov Kandinov, 2004. According to a nearby plaque, this is a Precious Cheese Art Mural Project.

And in Little Italy’s Amici Park you can find four sculptures that depict tables of tasty food. The red and white checkered tablecloths you see are actually glass mosaics. The recipes beside the plates are designed so that inquisitive gourmets can take a rubbing, and bring the recipe home.  The entire installation is called “A Recipe For Friendship” and was created by Nina Karavasiles in 2001. 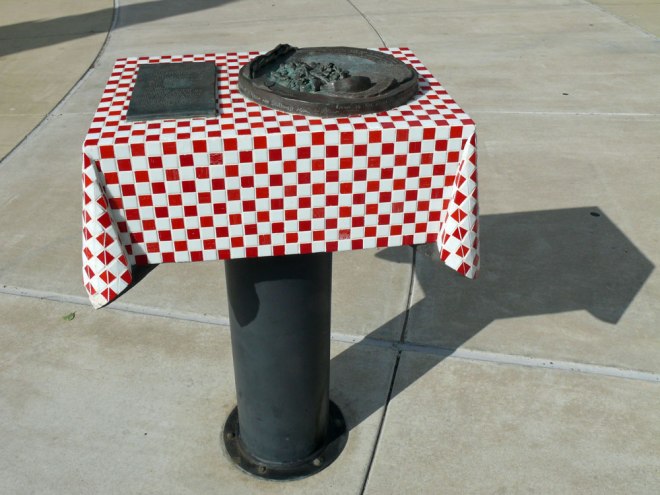 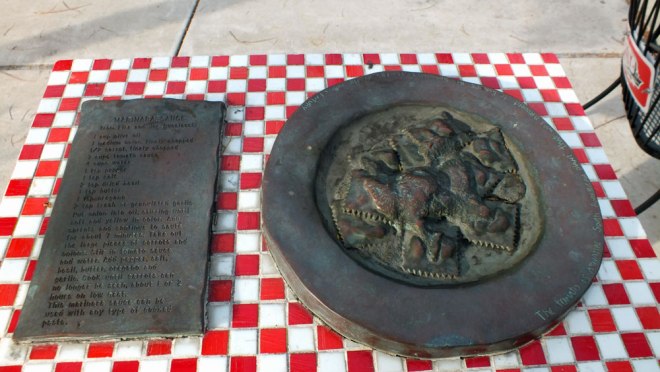 These images date back several years so they might not be there now, but I am sure there will be new ones to discover.