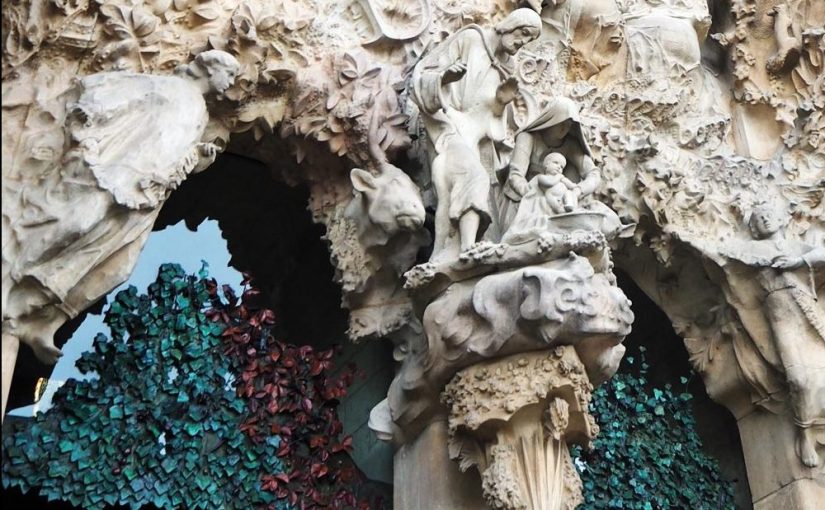 (The third of my posts about the Basílica i Temple Expiatori de la Sagrada Família in Barcelona.)

On the Nativity façade the portico is composed of three entrances devoted to the three Christian virtues: the Faith (to the right), the Hope (to the left) and the Charity (in the centre); each designed by Japanese sculptor, Etsuro Sotoo; decorated with plants, insects and small animals in the style of Gaudí. 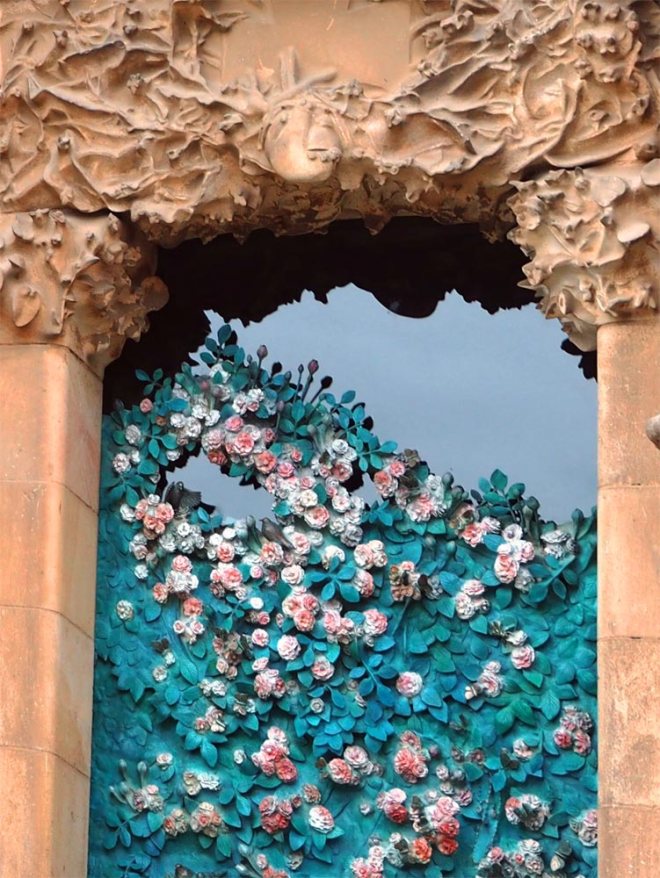 Faith on the right  is covered in roses with birds and butterflies and is devoted to the Virgin Mary. 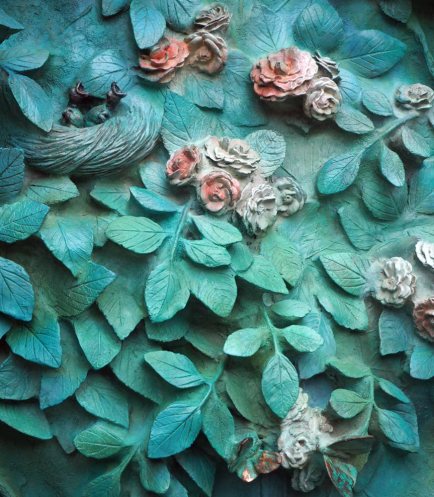 Charity in the centre is a double door which depicts Christian Love/Charity with the Holy Family and nativity scene as the focus of the sculptures above. It was the first to be installed and includes ivy leaves and what looks to me to be Virginia creeper, squash flowers and lily flowers as well as numerous insects. The tree of life grows up through the middle of these doors. 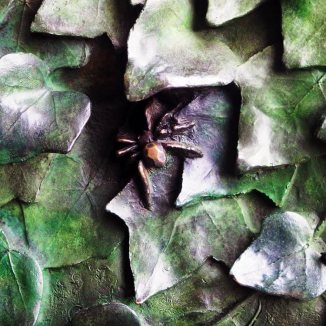 The left represents Hope and is dedicated to St Joseph. It is what I call the Iris door as it is full of beautiful iris flowers, lily flowers, bamboo, butterflies, terrapins and other aquatic creatures and insects. 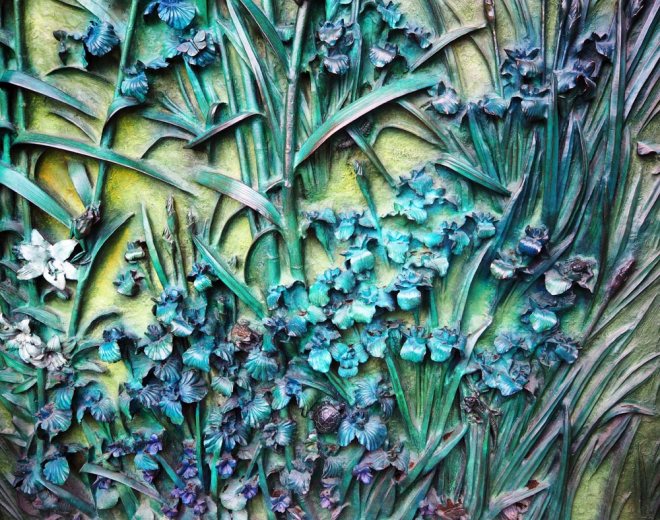 I found it difficult to tear myself away from the outside to actually go inside. 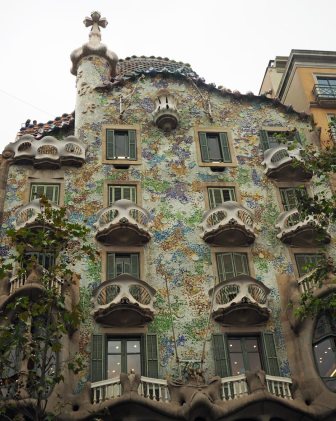 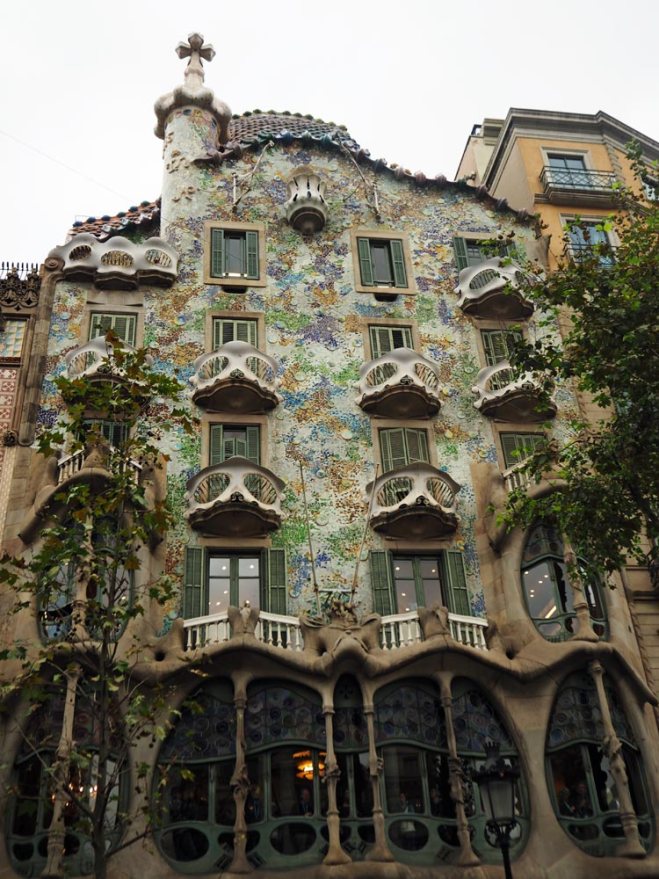 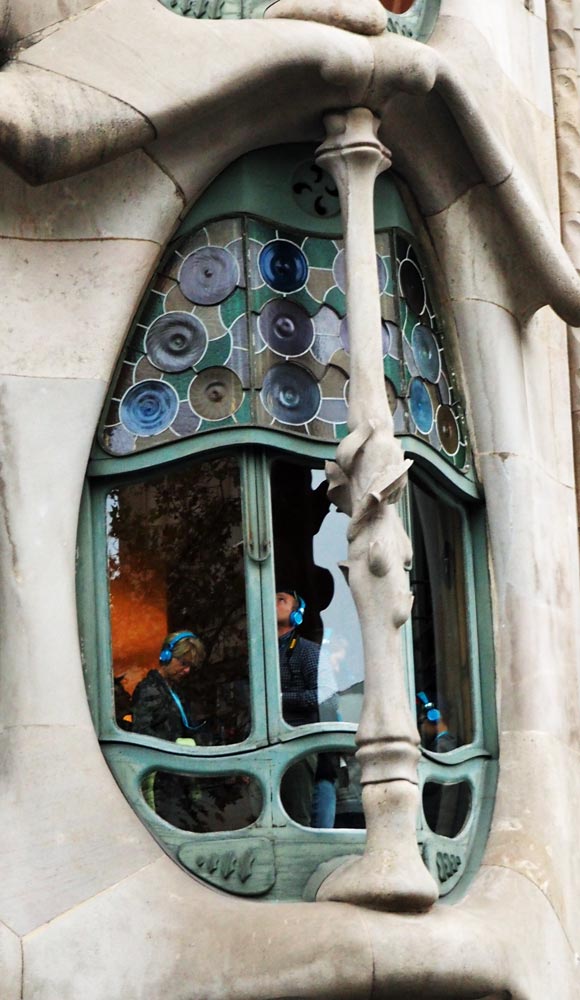 On 11 July 2010, the Sagrada Familia was consecrated by Pope Benedict XVI and elevated to the status of a basilica. It is not, as some assume, a cathedral as it is without a bishop’s headquarters. But the huge dimensions of the interior is worthy of that status.

Stepping inside the Basílica i Temple Expiatori de la Sagrada Família is like stepping into an enchanted forest. Tall trees towering above us; their branches creating a canopy. The streams of coloured light; the verticality and the enormous, seemingly empty space takes your breath away. At first I didn’t know what to look at, where to begin the tour, what to focus my camera on. Double-storey height windows flood the space with a light never before seen within a church.

The nave is a sight to behold. A work of mathematical genius with natural light flooding in through clear glass leaded panels to allow as much light in as possible.

The columns are modelled after a forest and form a light canopy of palm leaves.

I’m not going to go into all the symbolism of the basilica, you can find that out for yourself, instead I shall just let you have a look at some of the bits that caught my eye and where I could actually get a shot without dozens of people in the way. 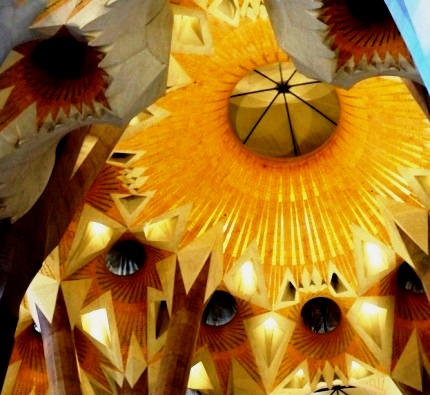 The apse contains the altar, but this section was being worked on so we couldn’t get too close. Your eyes are drawn to the dramatic suspended crucifixion with a large ‘parachute’ dome from which artificial grape bunches and wheat stalks hang as symbols of the Eucharist, in which wine and bread are consecrated as religious symbols.

The main access bronze door that Josep M. Subirachs created for the Glory façade is a masterpiece of using typography as art.

The centre of the Prayer Door is inscribed with the Lord’s Prayer in Catalan with relief letters, and highlights the fragment ‘Give us, o Lord, our daily bread‘  (Translation from original Catalan: ‘el nostre pa de cada dia doneu-nos-el avui‘) and 49 other languages

The greens, blues, yellows and reds of the light coming through Joan Vila Grau’s stained-glass windows form shifting patterns of light and colour across the stone.  Gaudí left several documents explaining how the stained glass windows should be arranged in order to achieve a symphony of evocative light and colour.

Gaudí said that colour was the expression of life.

The stained-glass features modern geometric shapes are sometimes overlaid with the names of saints. The windows on the lower part of the side aisles are brightly coloured, whereas those on the upper half are in lighter, almost translucent colours.

The windows on the Facade of the Passion, which are dedicated to water, light and the Resurrection are mostly blues, yellows and greens. 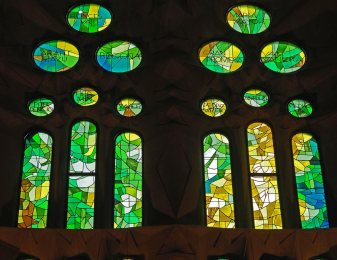 The windows on the Nativity facade allude to the birth of Christ, poverty and life and are mostly reds and yellow.

even the curve of a spiral staircase leading to the upper floors. 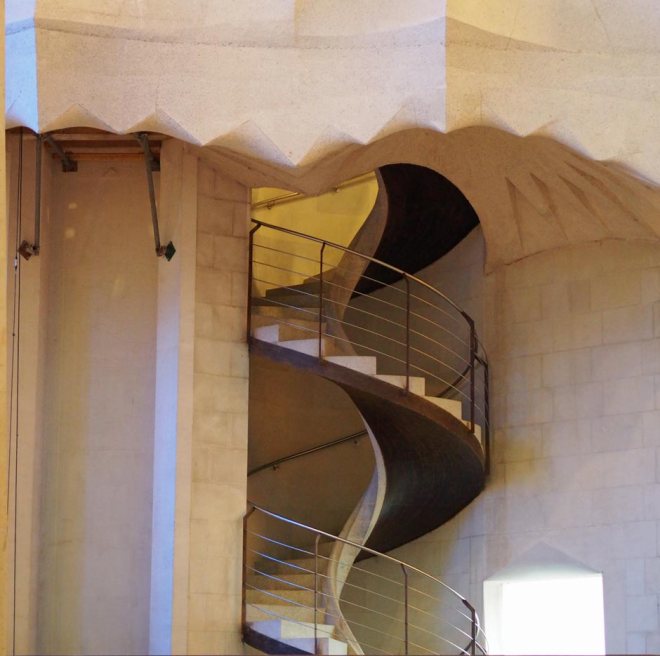 The basilica is a continuing work of art; the culmination of many years by many talented architects, sculptors and master craftsmen following Gaudí’s instructions. You could spend countless hours, days, even years studying the details of the Familia Sagrada and still not discover everything about it. 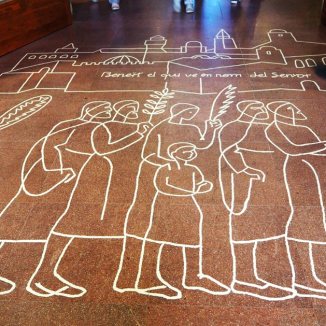 One has to wonder what Gaudí himself would think about it today? And what does it now represent? 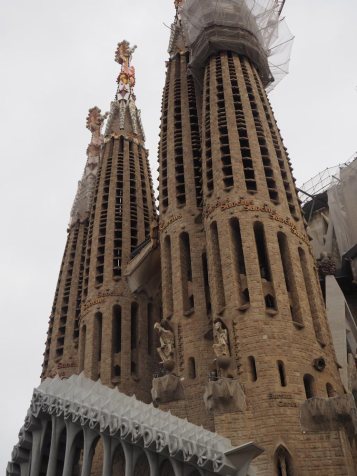 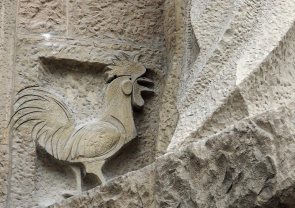 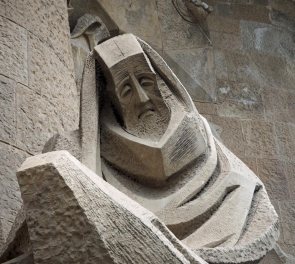 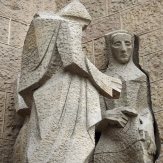 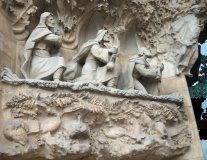 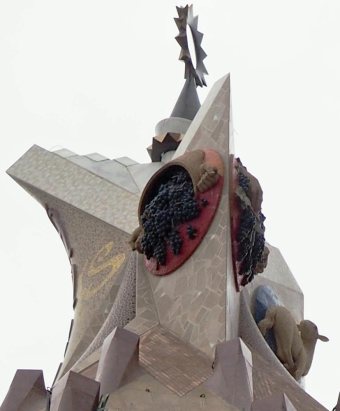 The street market in Barcelona, close to the cathedral, was buzzing with mid-afternoon crowds. Fairy lights and coloured balloons created a party atmosphere and the throb of the Barcelona street drummers, the whistles and cheers of the crowd, all added to the ambience. You could hear and smell this place before you arrived.

But let’s get down to the food:

tempting offerings from the sea, wrapped in newsprint 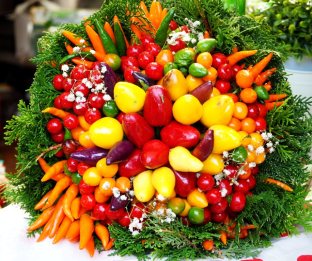 Fast food on a stick

and busy, busy stall-holders serving out their goods

We came across the food market accidentally, but so glad we did! There is nothing better than a good surprise.