The theme for Becky’s  April Squares challenge is ‘top’

room at the Top

The sparrows in my garden spend much of their time perched on top of the hedges and trees when they are not busy gorging themselves on the feeders. 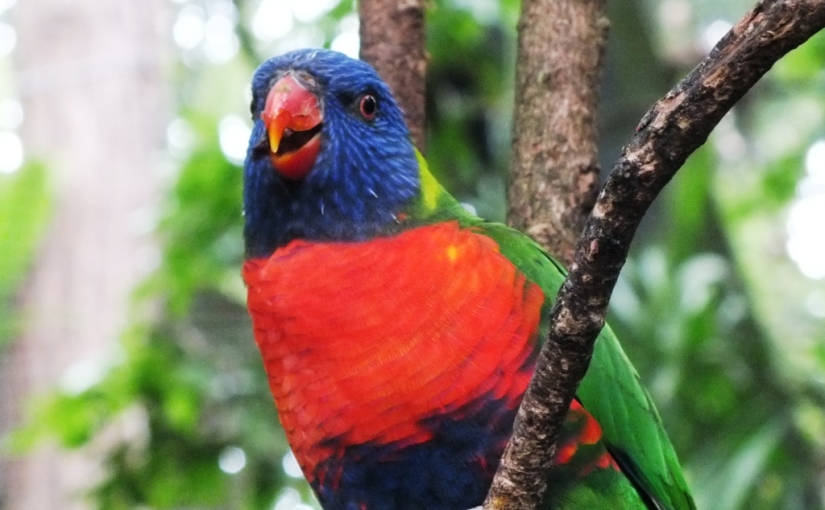 There are some wonderful colourful birds in Australia. Here are a few taken at the Taronga Zoo in Sydney last week.

A beautiful Forest Kingfisher flashed by. I couldn’t take my eyes off him. Such a gorgeous colour! 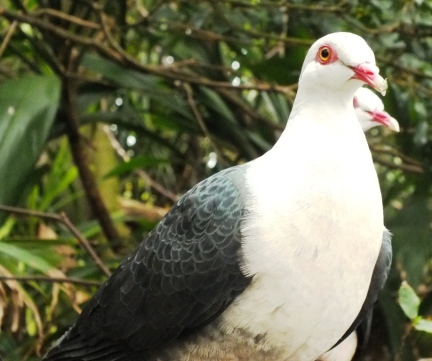 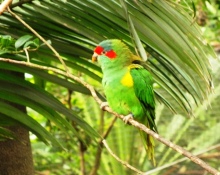 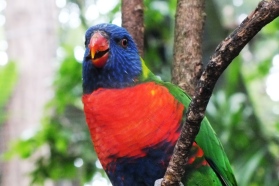 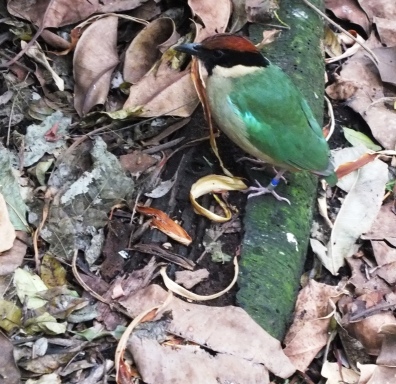 and finally another picture of the cheeky female Electus Parrot (apparently the males are green).

I haven’t done well with the project during the early hours, and I am a week late with this time slot, but last weekend I was called in to look after my three English grandchildren whilst their mother (my daughter) was whisked off to Bruges for a romantic weekend. Whilst there the opportunity for a post for the project presented itself when I was rudely awakened between the hours of 6 – 7 am due to three factors:

Because it was warm and I always like fresh air, the bedroom windows were open. On Saturday and Sunday though, when the alarm went off I got up and closed the windows so that the noisy bird squawks were slightly dulled, so I suppose the alarm was useful in one respect. As for the children. No problem.

When the happy pair returned I was asked whether I’d be willing to child-mind again – “of course”, says I nonchalantly, “once you have moved.”

Do you have any noisy neighbours?

Lisa of the blog NorthWest Frame of Mind has decided to run a different project over the next 24 weeks. To try to show what is happening in different parts of the world (if you all join in) at a particular time of day. If you would like to participate you have until next Saturday midnight to post a photo or write about what is happening in your part of the world.   This week is between 06:00 – 07:00.  I hope you’ll join in! See links for more details.